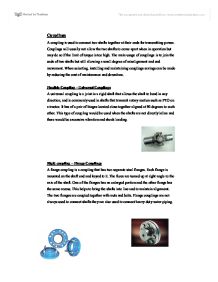 A coupling is used to connect two shafts together at their ends for transmitting power. Couplings will usually not allow the two shafts to come apart when in operation but may do so if the limit of torque is too high. The main usage of couplings is to join the ends of two shafts but still allowing a small degree of misalignment and end movement. When selecting, installing and maintaining couplings savings can be made by reducing the cost of maintenance and downtime.

A universal coupling is a joint in a rigid shaft that allows the shaft to bend in any direction, and is commonly used in shafts that transmit rotary motion such as PTO on a tractor. It has of a pair of hinges located close together aligned at 90 degrees to each other. This type of coupling would be used when the shafts are not directly inline and there would be excessive vibration and shock loading. 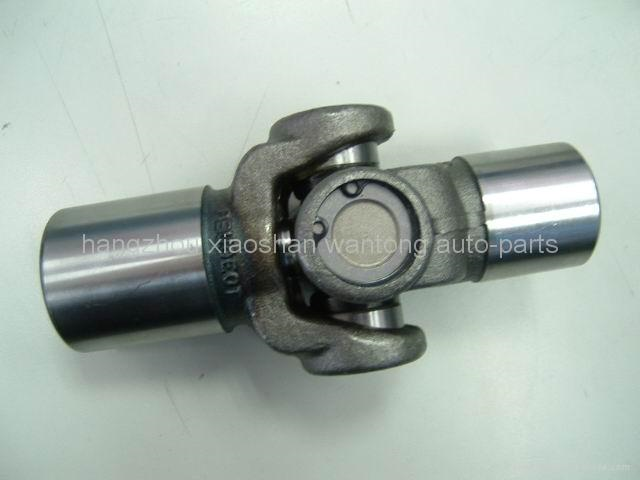 A flange coupling is a coupling that has two separate steel flanges. Each flange is mounted on the shaft end and keyed to it. The faces are turned up at right angle to the axis of the shaft. One of the flanges has an enlarged portion and the other flange has the same recess. This helps to bring the shafts into line and to maintain alignment. The two flanges are coupled together with nuts and bolts. Flange couplings are not always used to connect shafts they are also used to connect heavy duty water piping. 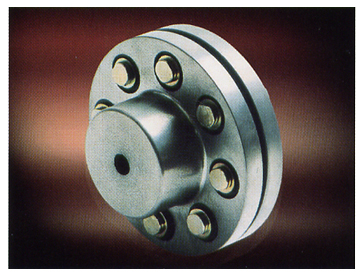 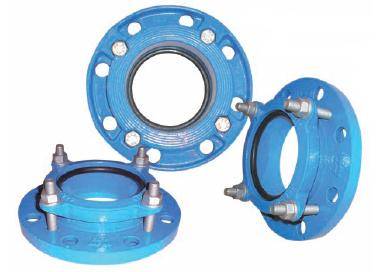 A clutch is a device for connecting and disconnecting the drive between two in line shafts. In a friction clutch the two parts are held in contact by springs and torque is then transmitted by the friction between the two surfaces which are in contact. The drive may then be disconnected by separating the contact surfaces.

A centrifugal clutch consists of a number of shoes which move outwards in guides due to the centrifugal force of the shaft turning the shoes will then come into contact with a rim this will cause the rim to rotate due to the friction between it and the shoes. When the speed decreases the shoes are pulled away from the rim by springs. 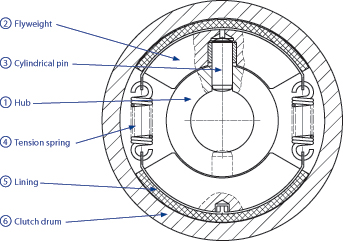 Flat plate clutches are widely used in cars and commercial. The single plate ones are manly used but multi plate clutches are also used mostly in motorbikes. The plate is lined with a friction material has a splined hole at its centre. This will engage with the splines on the output shaft which will produce the drive. When the clutch is engaged, the driven plate is sandwiched between the driving member and the pressure plate. Springs will provide clamping pressure. To disengage the clutch, this will pull back the pressure plate against the clutch by the release collar and thrust bearing which slides along the splines of the driven shaft. 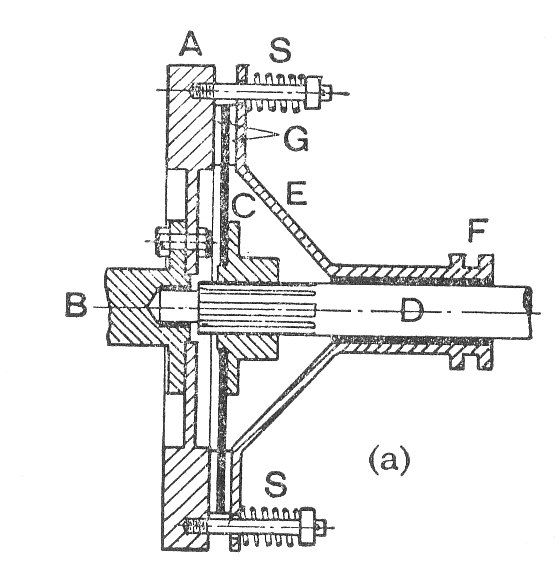 Most brake systems consist of disk brakes in front and either disc or drum brakes at the back connected by a system of  hoses that connect the brakes at each wheel to the master cylinder.When pressure is applied to the brake pedal within the car a plunger is being pushed in the a device called the master cylinder this will force the brake fluid through different pipes to the braking unit at each of the wheels because brake fluid cannot be compressed this means it is like pushing a steel bar through a pipe but unlike the steel bar the brake fluid will be able to navigate the various turns towards its destination. The fluid will arrive with the exact same motion and pressure that it started with. It is very important that the fluid has no air bubbles in it because the air cam compress this is what can make your brake pedal spongy and will reduce the braking efficiency the systems can be bled to take the air out of the fluid, bleeder screws are situated on each calliper or cylinder.

On the disc brake the fluid master cylinder is forced into a calliper where it presses against a piston. The piston will then squeeze the two brake pads against the disk which is rotating which is attached to the wheel, forcing it to slow down or stop. This process is similar to a bicycle brake where two rubber pads rub against the wheel rim creating friction. 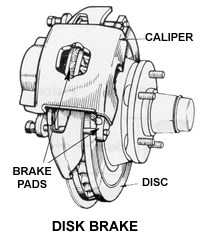 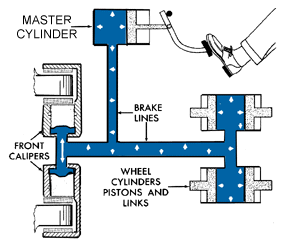 The brake fluid is forced into the wheel cylinder, which pushes the brake shoes out so that the friction linings are pressed against the drum, which is attached to the wheel, causing the wheel to stop. 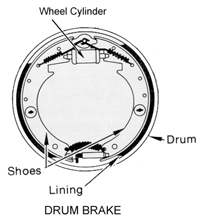 Flat plate clutches are widely used in commercial vehicles like cars and vans the plate that is driven in the clutch is coated in high friction material and has a centre hole which has been splined. When the flat plate clutch is engaged the splined plate is then compressed between the flywheel and the friction plate to make pressure in the clutch the pressure plate is pulled back from the friction plate. When the drive is then engaged on the both sides the two plates much move at the same speed. But when the drive is engaged it must be engaged gradually.

The fluid coupling is a complete different type of clutch as the centrifugal and flat plate clutch has mechanical connections this does not. The fluid coupling has a smooth and gradual uptake as to the mechanical clutches as the in contact friction material will allow them to be at equal speeds within seconds of touching. This clutch is a fully automatic operation like the centrifugal clutch and unlike the flat plate. As fluid has within the fluid coupling had the inherent of slip characteristics the fluid will allow the operating motor to start almost free of load then this load can be accelerated to the maximum torque. When sudden speed changes and machinery jamming occurs if using a flat plate clutch breakage could be caused and slippage may not occur when this is what would be needed, but when a fluid coupling is introduced and used instead problems like this can be minimised as the fluid inside the clutch will act as a cushion and will allow slip until the torque has built up it will also help against reversing operations. As we know the two mechanically operated clutches are used in car, vans, lorries, lawn mowers and chain saws, the fluid coupling is used largely in marine and industrial machine where its variable speed and controlled start will not allow things like shock loading to the transmission systems which is essential in these machines. A disadvantage the fluid coupling has is that slippage in the clutch caused by the coupling being under pressure from example a heavy load, slight amounts of power will also be lost through fluid friction, turbulence and dissipated heat.