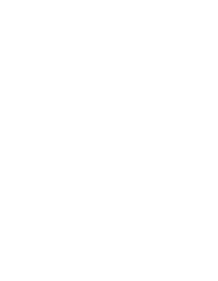 The Differences and Assimilation of Chinese and American Diet

﻿________________ Food plays an extremely important part in people's lives and it is considered the most critical element in Chinese culture. China has billions of people and the most abundant and various nature landscapes. There are plateaus, forests, lakes and coasts. The mixture of China?s geography and climate help natural products to grow and preserve. None of the other countries has this many potential primary ingredients. In now days, Chinese food is famous all around the world. American diet differs significantly from the traditional Chinese diet in both nutrition and taste. In the options of dishes, Chinese people pay more attention to the color, taste, smell and shape of Chinese food. There is an old saying in China ?To conquer someone?s heart, you must conquer their stomach first?. It can clearly show the importance of food in Chinese culture. There are many differences in diet habit between China and America. These differences exist regarding cooking styles, ingredients, and desserts. There are many cooking styles in Chinese food, and it may be confusing to foreigners such as steam, boil, mix, roast, quick fry, deep fry, smock, grill, back and stew and so on, especially for someone new to Chinese food. Boiling is the most common form of Chinese cooking; Chinese boiling is to put ingredients and other food in chicken soup or water using high flame until the water is boiling and turn the fire into low to cook slowly until the flavor is soft and rich. ...read more.

About the desserts in these two countries, Chinese desserts are served along with meals or at the end of meals in the Chinese diet. Chinese desserts mostly tastes sweet, they are mostly served with tea. Chinese candies and sweets are called ?tang? which is mostly made with nuts, malt sugar, cane sugar, honey, and fruit. There are also rice puddings called Gao or Guo that are mostly steamed and are made from normal or sticky rice. Ice cream is also a common dessert in China. One of the cold desserts is called ?bingbao?, which is crunched ice with fruit juice or honey syrup. For the American desserts, there are a wide variety of choices like cakes, cookies, biscuits, gelatins and pastries and most of them are considered as sweet and greasy. Famous ones like apple pies, cupcakes, caramels and chocolate brownies is customary desserts in the American diet compared to Chinese as they believe it as a part of their meal. One of the biggest issues today around the world is people?s health and how to eat health. When comparing China to the Americans, they have a much healthier living style than Chinese people do. In China, there are kinds of cuisines for each parts of China. ...read more.

To draw a conclusion, there are many differences between Chinese and American diet culture. It is very entertaining for everyone to know the food that people would like to eat, cooking method and also ingredients between two countries. Even if, there are some differences between Chinese diet and American diet, they can still get along harmoniously. For example, the Chinese food in the United States is suitable for Americans? taste, this assimilation is made because of localization and customization; similarly, the American food in China is more suitable for Chinese? taste too, because through the Chinese? local improvement. The development between China and the United States of cultural communication, China had imported many kinds of American food such as KFC and McDonald. I believe this is a mark of exchange and assimilation. This globalization had brought economic growth global wide, but also implant their primary culture into other countries using strong economic and penetrated all around the world. Therefore, the communication around diet cultural should be focused on absorbing the advantages from other countries? diet culture, withdraw their disadvantage, and make it localized. So the dietary cultural question between China and the United States, a research on developed country?s advantages and common advantages that China can learn from the United States diet culture to improve Chinese diet culture. This is a great opportunity to learn from the advanced cultures from the United States, to improve and create a new diet culture in China. ...read more.