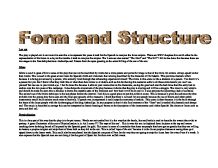 hunt of the royal sun

The play is played out in out over two acts this is to represent the years it took for the Spanish to conquer the Incan empire. There are XXIV chapters this could either be the representation of the hours in a day or the months it took to conquer the empire. The 2 acts are also named “The Hunt” and “The Kill” I fell he has done this because there are two stages to the friendship between Atahuallpa and Pizarro from the open greeting to the actual killing of the son of the sun.

Mime is used in great effect in areas of the play that can not be described by words but a more potent and powerful image is that of the mime for actions always speak louder than words. This is used in the great accent were the Spanish climb and mountain that is being described by the character of Old Martin. This provides dramatic effect because it is being put across by a person, who actually lived through that exhausting experience himself. The mime in this scene is like a skeleton of a person. You know it’s a person but you don’t know what they look like or what there hair colour is or details such as this but having this narration adds in all those extra details you can’t see yourself but can see in your minds eye. I feel he dose this because it adds to your connection to the characters, seeing the good and also the bad times that this army had to endure over the two years of the campaign. It also helps the movement of the play because it shows that the play is moving and will be a struggle. The music is very simple and should be made by saws this is because it shows the unstable state of the mountain and how hard it will be to quell it. It also projects the upcoming clash of societies.

The second use of the mime technique is the last phrase before the interval I feel this is a good place to put this emotive scene. This is because it gives the audience the time to think over the scenes they have seen and the final epic episode of the massacre. I think that there’s no need for any speech because the use of drums and other subtle instruments would build tension much more effectively. If speech was incorporated it could snap the moments of tension. This scene is there because it is the knife through the heart of the Incan people with the de-thronging of the king Atahuallpa. Its true purpose is that it’s the final moment of the “Hunt” and it needed this dramatic and abrupt end. The music is described as savage this can be interpreted as frantic beating of drums or the description of the instruments used either Spanish like drums or Incan such as saws and bird call.

This is a key part of the way that the play is to be put across. Words are not needed but it is the way that the hands, face and body is used to describe the events they wish to portray. A great illustration of the use of Physicalisation is in Act 2 scene VI ‘The rape of the sun’. This is were the sun is displaced from its place at the top and comes crushing down by being forced off its perch by the Spanish greed for gold. This scene is more of a reminder that these are people that have got so greedy that they are willing to destroy a peoples religion and strip them of there faith as they did to the sun. This is called ‘rape of the sun’ because it is the Incan peoples distress at seeing there god ripped down to the frame work. This could also be transferred into the Spanish conquest of Peru for the way they are going to strip the Incan bare for every Peso it’s worth. It also exposes that the Spanish men are not doing it for the good of Spain but for their own selfish wants.

The song which plays through the play is a tool that peter Shaffer introduced like a running joke in a comedy this is to keep the emphasis on this key issue. The song is about trust, freedom and persecution. When the song is presented from Atahuallpa to Pizzaro it is about how Pizarro is a robber bird by stealing Atahuallpa of his freedom. It is also a warning to Pizarro that he should ask the black bird which refers to Atahuallpa’s brother who tried to steal from him and now he’s dead. So he should release him or he shall receive the same end. This song could also be a dramatic outlet. If you just take it for a song this could be seen as almost comedy moment between the two, with an underpinning almost mockery of the Spanish invaders.

When the song is reversed with it being sung to the dead Atahuallpa by Pizarro. It is almost like him saying back as a quote or promise that Atahuallpa did not follow through, with Pizarro almost felling cheated by him not coming back because he wanted him to prove him wrong and give him a last chance in his life to believe in something. Through out the play you see him lose what was left of his faith and he is ready to see him rise again but never dose. The song in this part is how Atahuallpa has robbed Pizarro of his faith, friendship and dignity.

The reason the two leaders connect over a song is that music is universal and can be understood by everyone from the poor to the rich alike.

Monologs are the in-depth in sight to characters, which the audience needs to understand, were that person is going. Whether they plan to undermine and manipulate other characters to their own benefits or simply just back up what is already know by the other characters and the audience. There are 3 good examples of a monolog from Pizarro.

Such as in Act I scene I were Pizarro first address the newly assembled troops were he only shows a firm unshaken general were his word is law. If he says “you’ll be masters” then you will be. When he speaks to the troops he dose not dress up the trip at all he tells it how it will be. With this honesty I fell that he makes a bond with his men but in hind sight he also promises too much compared to what is actually attained at the end. This is here to introduce the character of Pizarro and also its purpose it to let everyone know that Pizarro is firm and strong and is such a dominating person and when he is among people he strives to be the most dominant.

Over the play after the landing in Peru he fells different but yet he still is firm and blunt with his phrases “You could be dead already” this shows that as a leader he still shows great resolve over how he governs his troops. In Act I scene VII this is were we find out that he feels that they have to go beyond the call of duty by being gods. I feel that peter Shaffer dose this because this is were the lacking faith surfaces  for if he was a man of god making yourself a god is a sin for its one of the 10 commandments not to make false idols and call them god. I feel that this is a cleaver way that Pizarro uses religion as leverage over his troops to do what he wants saying that it’s for god where it is actually for his own gains and his troops are forced into it by the chains of religion. I feel this is were the true Pizarro starts to crack through and if he dose not retain his control that his leadership will be challenged so he shows the use of religion and false honour almost as a distraction from his own flaws as a person and leader

When the play comes to its climatic end his total mind set has had a complete jolt and shifted. His command has been tried and tested by his men this has virtually pulled the rug out from underneath him. Without his control he losses his power over the situation and gives into the pressure of his troops to kill Atahuallpa and so dose so. Pizarro has so far gone that he feels that it is Atahuallpa fault and if he resurrects that it would some how re-establish his control over his men. With the death it has been placed to close the chapter on that final note that Pizarro had tried to avoid. He had became to close to Atahuallpa and was not ready to have that closeness ripped away from him and this raises the issue of passing away and how it is dealt with by people all over the world in different cultures and religions.

This is an in-depth insight into the connection of two characters weather it be friendship, love or even hate. Such as in Act I scene X were the characters of De Soto and Pizarro talk openly about there wants and needs of the two men. Pizarro treats De Soto as an equal when he talks to him but also subtly dominates him with long monologs which he normally uses to twist his troops to do what he wants. This scene is used as a tool to expose the man under the armour in a situation that he is not exposed to around the lower ranked order of men. This can sway the views of the audience because it is exposing a side that they have not seen before because he always has this front up. It is there because it shows that every person no matter how big and tough the exterior they always have to deal with things such as love and how there life has not planned out the way they wished. The next scene is almost ironic for the fact that they have to be gods so Pizarro could not get anymore false or further from being connected to his men or evenhimself.