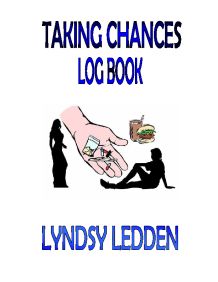 Week 1 21st January 2008 In our first session of performance workshop we got put into groups picked at random by our tutor, I got put with Jodie, Sophie, Julie, Kirsty and Amy which I believe we have a strong group each of use with different talents which could be usable as the project progresses. We had to come up with real life facts of something personal that's happened or hearsay, in the area we live in. We created a mind map of where people live and each of us bullet pointed a few points each my points where; * My mate getting shot in the head by a pellet gun. * Old man getting mugged. From the points we added we had to discuss what would look good into a tableau, we choose to do about gangs and someone getting mugged. We then had to develop the tableau further by choosing another few issues that other people put on there mind map. We choose; * Playing football * Learning to ride a bike. With the four ideas we selected, we created a story of freeze frames about a lad growing up, playing football, learning to ride a bike, hanging around the streets and getting mugged as he's older creating different stages of life. Week 2 28th January 2008 I got moved out of my group because a member left, and into a group with Heather, Ashleigh and Natasha. ...read more.

was; * Sandra - Lyndsy * Holly - Ashleigh * Natasha - Tasha * Julie - Heather We changed a few of the lines; we have also added blackouts and two songs which are; * Man in the mirror - Michael Jackson * Run to You - Whitney Houston We added these songs as we believed they had meanings to the play such as "Run to You" the first verse in the song is talking about a girl who is insecure and needs help, and "Man in the Mirror" because you've got to look at yourself and compare how others are in need to you. Were going to add an instrumental piece when the monologues are being spoken by Ashleigh and Tasha. Heather and Tasha are going to choreograph a movement piece to "Man in the Mirror" for the end of the show. We decided to do some research of some of the topics involved just to make sure were stating the facts right; I am going to research cocaine as it's the main drug involved in our play. Research that I found out about cocaine Week 7 3rd March 2008 Now that we have sorted out what the characters are going to say during the play we decided to start blocking of the scenes so we know were everything is going to take place, it looks really good and the whole group are giving so much energy to the piece which works effectively when rehearsing. ...read more.

I also brought all the props in and it was upsetting to find the rest of the group weren't as committing. We never got any work done really at all this session only that Ashleigh is going to read the monologue out at the end when she's lying down dead. Hopefully next week the rehearsals will go back to how they were with loads of energy. Week 14 21st April 2008 Our tutor was off this week and instead of rehearsing some a member of the group went home and the other two didn't want to do nothing so in the end I went home myself as it's just wasting time. Week 15 29th April 2008 This was a last session of rehearsals before the assessment and finally it went really well. But two members of the group are still half hearted. We concentrated mostly at the end scene as we still haven't organised it still, we have now decided when Holly is dead, and her mum will find the diary and read the monologue. Were going to leave the music running throughout and add a more dramatic effect. The music will now play from the part were Sandra catches them taking cocaine and as the music builds up the action in the scene does also. For the final rehearsal I believe it went the best it could of. Now until the assessment were just going to rehearse when we have time. ...read more.