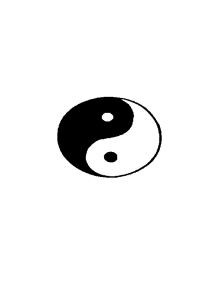 Sebastian Jacobs 10P "The Response Phase" At the beginning of this term we began our topic of "Prejudice and Racism" with an exercise where the group was split into two halves. In those groups we were given some briefs one after the other and the task was to include the whole group by the end of the scene. We later found out that the instructions we were given were all based on parts of the Stephen Lawrence attack. As soon as we were given the tasks it's strange but true that almost our entire group decided to interpret the briefs in a comical way. No one thought of making it serious. Perhaps because racism is such a hard topic to deal with the group found it hard to act out such a serious theme. This exercise definitely needed good teamwork skills and tested whether we could work together with people that we don't usually work with. It is a sad fact that hardly any of our group thought of making it emotional and dramatic rather than a comedy. After we were told the true-life story behind the topic we used many different dramatic skills to tell the story. We used synchronised movement for the scene when Stephen was surrounded and when he and his friend, Dwayne, split up on their way home to make it have much more dramatic impact. Another technique we used is called "Thoughts Aloud", which we used for the gang after the attack. ...read more.

It was all my fault, I was the one that suggested we went off on our own and look how that ended. The reason why I'm writing this is because I have no one to talk to. The police don't care, the Lawrences obviously blame me for what's happened and my mum just doesn't understand how I'm feeling. Here's what happened last night, the way I saw it. Me and Stephen were on our way home when we got on the N13 bus, it was not our usual bus, but we were sure it would take us in the right direction. Straight away we noticed it was going the wrong way, but the bus was full of dodgy looking people. I was terrified at this point because we were on the wrong bus going the wrong way and it was so late. The bus came to a stop half an hour later and we got off at a very deserted part of North London. We began to walk off towards the left and found ourselves at a square. This was when I made the biggest mistake of my life, I suggested to Stephen that we split up. I began to walk off, hoping I'd find somewhere I recognised when I suddenly heard Stephen shouting. There was a gang of some kind surrounding him. My heart began to beat so fast that I froze for a moment, I couldn't believe my eyes I was petrified. I ran towards Stephen almost crying hoping it wasn't what I thought it was. ...read more.

We tried to use as many drama skills as we could fit in. In the ageism sketch it shows some kids 'hanging out' on the street making lots of noise. Then an old man comes out to complain. To get the old man back they through a brick through his window and hit him by mistake. We used "thoughts aloud" then to show that he's having big regrets for what he did. We used "thoughts aloud' again in the drinkism scene where there was a vodka bottle that was hardly ever drunk and there were two coke bottles which were always drunk. To get back a t the cokes the vodka bottle opens their lids making them flat. We then get to see the vodkas thoughts and how he regrets doing it. Also in the drinkism sketch the cokes have a synchronized movement dance where they sing a song about being fizzy. I am currently in the middle of a mock GCSE drama exam where I'm in a group that has to act out parts of A Journey's End. I think this will be quite successful because there are people in my group like Joe who have good ideas of how to act certain bits out that I can work on for my own individual character. Also there are a lot of people in this group that are enthusiastic about this drama piece and will put a lot of effort in. This is also having an effect on me making me put more effort in and out of lesson times. ...read more.