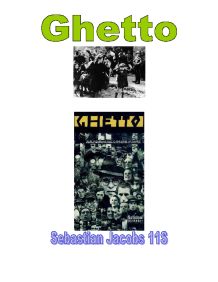 The Response Phase In role writing: Look at him he's just a geek sitting there doing his work like teacher's pet with no breaks. "Oi four eyes what are you doing?" "urrgghh... Just doing the work how we're supposed to." "Well carry on, you can do my work afterwards as well." Why can't he stop picking on me he always makes fun of me for no reason. What have I ever done to him? Just because my dad got a new job and we had to move here doesn't justify what he's been doing. No one else in the class gets picked on just me because I'm the new kid, it makes me feel so small and alone. How would he like it if I bullied him? He'd probably be feeling exactly as I am now he's no different from me. I bet the reason why he's making fun of me is because he's lonely, stupid and unable to cope with the work set, maybe if I just ignore him he'll stop. Or will he? What if he doesn't stop? I'll never be able to enjoy school again and If I complain no one will do anything just tell me it'll be alright. "Have you finished my work yet?" Just stand up to him, what's the worst that can happen. "No I'm not going to do it, do it yourself otherwise you won't get anything out of it." ...read more.

We also chose the dummy because he's the only comical element in the play with the rest of it being quite depressing, so he lightens the scene. Hot seating also makes you think about your character and helps you to develop your understanding of the character. We eventually hot seated all of our group because I was forced to think about him and give a quick answer which was given on instinct and this helped me to get a better understanding of my character. I think my character is thirty something and is a librarian, he's well educated and is used as the narrator in Ghetto as well. They do this by having him write a diary of everything that happens in the ghetto and then he says out loud what he is writing to the audience at various points in the play. I think because of his job he is probably normally a quiet person who likes to be in the background not at centre stage. He's confident about his job and has lots of knowledge about books. He has been forced in the play to act on his very strong beliefs, when he normally would have kept quiet. I think this is why he's a very strong character in the play. My character is very proud of his country and when the time is right he's ready to stand up for his country. ...read more.

If I was given the scene again I would make a few changes which would improve the performance. Firstly I would use lighting effects such as spotlights in order to alert the audience to which character was the focus at a certain time. For instance when my character is making his May Day speech you could have the spotlight on him and when he's just about to finish his only speech we could have the spotlight move to where Gens is running on and follow him across the stage this would have made his entrance dramatic. I would also try and use a Jewish or Yiddish sounding accent to bring more realism to my character and also more variation between mine and Gens' accents. Finally I would find some clothes that were more fitting towards my character in that situation for instance a red blazer, a smart shirt and trousers because it was supposed to be May Day, when people celebrate May Day they wear red and carry the red Communist flag. I would wear glasses because my character was a librarian and an educated man and I think that the glasses would have made me feel and look more the part of an intelligent man. I found it difficult to get into character in the performance and I think that wearing some kind of costume could have helped me do that. Word count 761 ...read more.