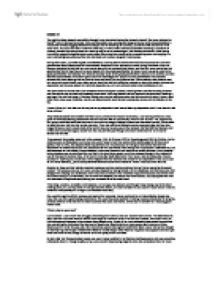 During the Easter, Laura felt slightly uncomfortable, knowing that it was the first time she would see her aunt and grandmother face to face since her unsuccessful admission of her depressive illness during Christmas.

Chapter 16 The next two days passed uneventfully though Laura cherished having the house to herself. Her mum returned on the 29th and all returned to normal. She went downstairs one evening and angered by her aunt and grandmother's words and inwardly begging Roseanna to forgive her for breaking her promise, seized the knife and slit her wrist once more. As usual she held it under the mixer tap, in warm water and then cold before selecting a selection of creams, powders and sprays from her make up bag so as to camouflage it. Her Drama coursework in the spring Laura fully enjoyed though being two years older she wished she could perform something more challenging in a more interesting devised piece than one that dealt with mother-daughter relationships. During the Easter, Laura felt slightly uncomfortable, knowing that it was the first time she would see her aunt and grandmother face to face since her unsuccessful admission of her depressive illness during Christmas. She was however delighted to find that her aunt was to stay with her husband and Gabriel and that her mum was to take her grandmother out for day trips while Laura stayed with her great grandmother at home. ...read more.

could wait all her life for Michelle,, just as Sonya felt that Natasha should have waited for Andrei if she could for Nickolai. Usually her deep spiritual beliefs remained unshaken and she had no problem linking it to her sexuality of asexual lesbian. Yet because she was full aware society stopped her being honest with her stepfamily and that since she had pledged her undying love to Michelle and it was more practical if she remained single and because she did not want to lie about being in a relationship, she allowed her stepfamily to believe her heterosexual, only saying that she was not interested in boyfriends and passing her soulmate off as her best friend. "One thing is certain, no matter what happens I will always love Michelle and though I may change my mind about wanting to die, it is unlikely and I will always have the desire, will and inclination to die even if I never act on it and am content to wait patiently till old age" Laura decided resolutely. She went through the UCAS process and applied for university. Laura continued to cut intermittently, though she knew this was not a good coping mechanism. She used the same method of rubbing creams and powder or spraying perfume onto her wrist and arm in order to conceal the scars and marks. ...read more.

Laura led the way to the computer and typed it into the Google search engine. Her mum read the site about it. "Yes but that means you have a continuous low mood for many years." "Not necessarily continuous" Laura argued. "I read on another site that it can be episodical as well. In order for it to be diagnosed you would have had to have it for five years or longer" Laura gave her mum a sidelong glance but her mum didn't notice. "Well I don't think I have it". Laura stood for a while, reflecting a few days later. She herself had chosen to b in this situation. She had tried disastrously to tell the truth, then told a white lie and covered it up, knowing she alone would know the truth and have to put up with cynicism, mockery and disbelief. She had been prepared to accept that. Yet now she felt she couldn't stand this. "After all becoming diagnosed doesn't mean I have to be treated and even if the depression is lifted that doesn't mean the door to death is not still open. I will always leave it open. Louis Trevelyan in Trollope's He Knew He Was Right and Emily Bronte's Catherine Earnshaw both got the job done and they were not depressives". She pondered. "Well I'll wait till I go to uni so that family is out of the way and then decide." End. ...read more.