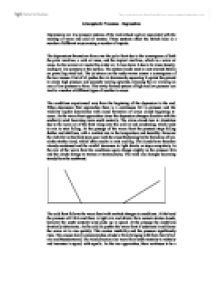 Depressions are low pressure systems of the mid-latitude and are associated with the meeting of warm and cold air masses. These systems affect the British Isles in a number of different ways causing a number of impacts. The depressions themselves form over the polar front due to the convergence of both the polar maritime, a cold air mass, and the tropical maritime, which is a warm air mass. As the warmer air meets this colder air, it rises above it due to its lower density, leading to low pressure at the surface. The system tracks west to east towards Britain on prevailing wind belt. The jet stream on the rosby waves causes a convergence of the two masses. First of all pushes the air downwards, squeezing it against the ground to create high pressure and secondly moving upwards, releasing the air allowing an area of low pressure to form. This newly formed system of high and low pressure can lead to a number of different types of weather to occur. The conditions experienced vary from the beginning of the depression to the end. ...read more.

At the passage the conditions drastically deteriorate. As the cold air pushes the warm front it undercuts it and forces the warm air to rise quickly. This creates instability and the pressure significantly rises. This causes heavy cumulonimbus clouds to form bringing with them heavy hail rain and thunderstorms. The wind direction also veers from south westerly to westerly and increases in speed, with squalls. As the rear approaches, there continues to be a steady rise in pressure, although conditions tend to stabilise. As visibility improves greatly and there are bright intervals appearing through the scattered showers from the cumulus clouds. The depression itself continuous to follow Buys Ballet Law and moves to the right with the wind direction changing once more from westerly to north westerly. During a depression the atmosphere is not always the same, this can have an effect on the scale of the depression. Examples of this are Catofronts and Anofronts. A Catofront occur when the troposphere is low and it presses against the depression. This can act as a lid; this stops air from rising and increases stability. ...read more.

This depression had severe effects on Britain with 18 people being killed and 15 million trees being destroyed, Peak wind velocities were in the early hours of the morning, and this probably reduced the death toll. Many transport links were affected by the fallen trees, which lay on roads and train lines. Electricity was also cut off for many people with many power lines being destroyed. The storm cost the insurance industry �2 billion; this makes it the second most expensive UK weather event. The impacts experienced on the British Isles from depression are varied by a number of different factors. The depressions themselves bring a number of different conditions in both the cold and warm fronts. The state of the atmosphere at the time can also have some impact on the depression itself, with the example being Catofronts and Anofronts, therefore it makes the depressions themselves much harder to predict, and therefore the weather itself much more volatile. Sources Advanced Geography - Edexcel Weather and the Climate - John Mason Wikipedia.com/The_Great_Storm_1987 Scool.com/Alevel/Geography Atmospheric Processes - Depressions ...read more.