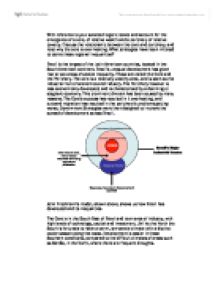 Core and periphery of Brazil

With reference to your selected region; locate and account for the emergence of a core, of relative wealth and a periphery of relative poverty. Discuss the relationship between the core and periphery, and note why the core is over-heating. What strategies have been initiated to tackle these regional inequalities? Brazil is the largest of the Latin American countries, located in the South American continent. Brazil's unequal development has given rise to two areas of spatial inequality. These are called the Core and the Periphery. The core is a relatively wealthy area, and is seen as the industrial hub of economics and industry. The Periphery however is less economically developed, and is characterised by a declining or stagnant economy. This prominent division has been caused by many reasons. The Core's success has resulted in it overheating, and outward migration has resulted in the periphery's problems getting worse. Government Strategies were then designed to improve the spread of development across Brazil. John Friedmann's model, shown above, shows us how Brazil has developed and its inequalities. The Core is in the South East of Brazil and is an area of industry, with high levels of technology, capital and investment. ...read more.

Most people are dependant on cottage industries and specific crops. The Northeast is the poorest region of Brazil, with the worst HDI rates of the country, mainly in the rural areas, which suffer from long periods without rain. This is somewhat ironic since the Northeast, during Brazil's colonial era when sugar production was higher, was the most prosperous region in all of South America. Health care is very bad, malnutrition is common in people living in these areas and child labor is a concern, as is child prostitution in major cities. Prostitution in the major cities has become an enormous problem, caused largely by the low Brazilian minimum wage as well as sexual tourism. In contrast to the situation occurring in the other Brazilian regions where social problems are worse in bigger cities, social problems in the Northeast regions are worse in the rural and small communities of the interior, lessening in bigger cities near the coast. With a lack of mineral resources and a poor infrastructure the Northeast of Brazil's development was very slow, especially with little energy resource to aid it. The quality of life in the Peripheral areas was low and the higher wages in the core appear much more favourable. ...read more.

Beer brewing plants were moved from Rio de Janeiro to Cear�, the Antarctica and Kaiser breweries created new jobs and revenue. This followed other industries moving to the northeast to lower labour costs and tax breaks. Also the state Maranhao has begun to attract companies from Taiwan, with and expected benefit of $1 billion. This move is to find cheaper labour and the abundance of raw materials in the area. Brazil now has a good tourism industry set up, with visitors coming to the beautiful locations along the north east coasts especially. Although progress has certainly been made, the regional programmes have not lived up to their entire expectations. Sustainable growth wasn't always considered and tax incentives made quick short term solutions. Further development in the Northern areas of Brazil has meant huge areas of forest land have been cleared under the grounds of land improvement, but deforestation is posing a larger threat. Global climate change has resulted in stricter rules, which could hinder their progress. The increasing debt of the country has meant that there is less and less capital available for investment. The gap between the core and the peripheral regions in Brazil has certain closed a little but there is certainly more to be done. ?? ?? ?? ?? ...read more.