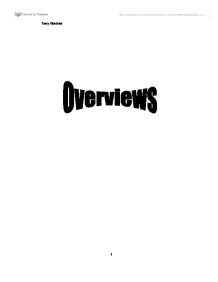 Business Towns People travel to business meetings outside of their general workplace everyday. They may travel through public transport (Bus, Train Plane etc.) or they may travel in their car. In doing the meetings they can contribute to the Tourism economy. Business meeting are generally by the mode of transport that the majority of delegates will be using. There are also exhibitions and trade fairs that usually require the attendees to stay overnight for instance Information Technology Education & Exposition fair in Washington where attendees stay overnight. Many large business or organisations will hold annual conventions and use a hotel conference room. Large businesses may also use incentive travel as a way to try and make their employees work harder and better. They may also provide hotels meals etc for important customers for example an investor for a football club may receive free tickets and a hotel for that investor. All capital cities can be classed as a business destination because the government and international business men ands women will use it for conferences and meetings. All major business destinations must have a good transport system into the city, good transport within the city. It must also have many centres for accommodation and conferences that can hold thousands of people. It must also have a range of things for the delegates to do when not in conferences. Paris Paris is often said to be 1 of the busiest business destinations in Europe. It i9s a perfect city as it is accessible to all modes of transport and also because it has excellent internal transport with the metro and 15000 taxis. Costal Areas Summary Costal areas are areas near the seaside normally located by sandy beaches. These are popular tourist destinations all over the world. As holidays have become more popular to these destinations the tourists who are visiting have become increasingly demanding. Now as well as finding sandy beaches and hotels you will find theme parks, water parks, a variety of restaurants and bars as well as car hire places swimming pools and much more. ...read more.

The most important parts of this dish are the leeks, which are the national vegetable of Wales. Desserts in Wales tend to be more of a heavy food than those in other countries around the world. The main ingredients in many puddings in wales are honey, fruits and chocolate. Perhaps one of the most famous welsh puddings is the Welsh cake. This is a cake like flat disc with currants in and is traditionally cooked on a bakestone. They are often served with butter. Beer is the main traditional drink in Wales and there are a number available in the majority of taverns inns and pubs. There are 20 places of produce in wales with the larger partm of them being made in the 70's. Perhaps the oldest beer maker in wales are SA Brains who have existed since the later part of the 19th century in 1882. Tea is the other large drink in Wales with it being served in most places that you go. The main company for tea production in Wales is the Pembrokeshire tea company which only make tea with those grown in Wales. This type of food will appeal greatly to people who are interested in culture and immersing themselves in local life. Barcelona Fact file Barcelona is a city in Spain and is the capital of Catalonia. In this fact file, I will include the following sections:- * The location and its accessibility by the major forms of transport. * Climate and climatic characteristics relating to tourists activities. * Significant Attractions that are both purpose built and natural. * Heritage sites and museums in Barcelona. * Sporting facilities, stadiums and events held in Barcelona. * Entertainment, the nightlife and the shopping opportunities. * The ways of commuting around the city. * The culture and cultural events, art, theatres and festivals in Cardiff is * Traditional foods and drinks. ...read more.

I believe that this will make Cardiff more popular for that year and also for a few years after because people will want to come and see the stadium that they were held in. Many factors lead to the popularity of a destination. This includes:- * Accessibility * Promotion and Media coverage * Destination Management * Economic Conditions * Advances in Technology * Major Events * Exchange Rates Accessibility Accessibility to Barcelona has changed dramatically to Barcelona over the past few years with more low cost budget airlines being operational into the city. One of the things that has really changed is that the Accessible Barcelona Guide is available for those who have disabilities. This guide outlines the places that are available for access with wheelchairs and the difficulty of getting in and if you will need help. I believe that this will continue to increase the amount of disabled individuals that travel to Barcelona. I also believe that the low cost budget airlines will help to increase the amount of tourists that travel to Barcelona. Promotion ands Media Coverage was large in Barcelona in 1992 as it was where the Olympics were held and it is one of the biggest sporting events in the world. The city was in the newspapers and in the news. This would have made it more popular in the 90's because people would want to go and see where the Olympics had been held. I believe that in the future prospective Olympic Athletes will travel to Barcelona and train. Economic Conditions in the world are not good at the moment the with recent recession. In this recession many countries across Europe have struggled with finance as well as businesses. With people having less money to spend they are not going on Holiday abroad as much as they used to. I believe that for the foreseeable future Barcelona will see a decrease in international Tourists and an increase in domestic tourists however I believe that as time goes on the international tourists wi9ll start to go back to Barcelona. ?? ?? ?? ?? Terry Gardner 1 ...read more.