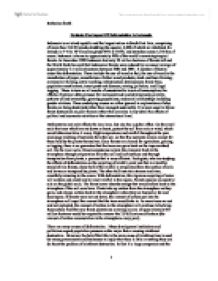 Evaluate The Impact Of Deforestation In Indonesia.

Evaluate The Impact Of Deforestation In Indonesia Indonesia is an island republic and the largest nation in South East Asia, comprising of more than 13,670 islands straddling the equator, 6,000 of which are inhabited. Its latitude is 5� N to 10� S and longitude 95�E to 140�E, and stretches across 5,150 km of ocean. Indonesia is home to approximately 10% of the world's remaining tropical forests. In December 1999 Indonesia had only 20 million hectares of forests left and the World Bank has said that Indonesian forests were reduced by an annual average of approximately 1.5 million hectares between 1985 and 1997. A number of factors cause this deforestation. These include the use of wood as fuel; the use of wood in the manufacture of paper; manufacture of other wood products; slash-and-burn farming; commercial farming; cattle ranching; infrastructure development; forest fires; population resettlement; insect pests and diseases; mining; pollution; and illegal logging. These in turn are all results of unsustainable levels of consumption; the effects of national debt; pressure for increased trade and development; poverty; patterns of land ownership; growing populations; and social relationships including gender relations. These underlying causes are often ignored in explanations of why forests are being destroyed rather than managed sustainably. ...read more.

The government and the logging companies often see the development of the rainforest in a positive light as they feel in can be used as a scenic resource for tourism. If managed is a sustainable way, for example conservation of areas in national parks, with zones that allow tourism and native settlements this may be possible (eco-tourism). However it can lead to conflicts between the local indigenous people. The government of Indonesia has also sponsored road building and points out this as an advantage of destroying large areas of the rainforest. In fact these roads have usually only been built to support the logging companies' movement of heavy vehicles and machinery. The use of such machinery in the forest can cause increased soil erosion causes the silting of rivers and streams. There is also increased leaching of the soil, leading to loss of soil nutrients which affects the soil fertility. The deforestation of Indonesia has an impact on the country's politics. The government has been keen to pay of its international debts and obtains a high income form the logging industry, it has often granted concessions to timber companies who have powerful political influence. ...read more.

A wide variety of solutions have been suggested, including more research and development on tropical forest resources, more and better education about the forests, more and better forest conservation and restoration schemes, increased goods prices for import restrictions on timber, and increased co-operation between countries to seek practical and sustainable uses of rainforests. In conclusion the impact of deforestation of the tropical rainforest in Indonesia has both positive and negative effects. The main positive outcomes of the deforestation are the increased employment opportunities and incomes. This leads to reducing foreign debts and increasing the countries export earnings. There is more land available for settlement and farming to feed and house a growing population. All which lead to the economic development of Indonesia and an improved way of life for its inhabitants. However I feel that the negative effects of the deforestation far outweigh the positive. The majority of positive effects are only short-term gains, and are not sustainable in the way they are currently operated. When the forest is gone, possibly by 2005, Indonesia will lose one of its main sources of income. The cost to the environment will be enormous, not only will the trees be gone, but so will the animals, plants and birds. This process will be irreversible unless there are strict conservation laws, which are enforced, and a proper replanting and reforestation scheme. ...read more.