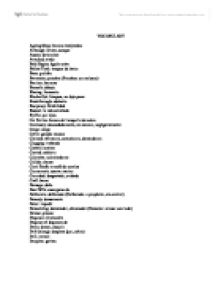 How do oil spills occur, and the damage they cause

However a more common source of oil spills at sea is from ships discharging waste engine oil into the sea. Oil spills can also be the result of deliberate human actions. Oil tankers also add oily waste to the sea during the cleaning of their cargo tanks. Oil spills at sea are often carried long distances by ocean currents, tides and strong winds. These spills are responsible for the destruction of entire wildlife habitats, and for killing or injuring large sea creatures such as whales and seals, as well as seabirds, fishes and small seashore animals. Thousand of animals die in the world�s oil polluted waters each year. Oil quickly spreads out across water, creating a greasy film over the surface. This greasy film sticks to the bodies of sea-birds, clogging their feathers. These birds become unable to fly and, because oil affects their buoyancy, they cannot float either. As the feathers become coated with oil, they no longer insulate the bird�s body against cold. Marine mammals such as seals, swallow oil from the water or from their fur as they try to clean it off their bodies. Other creatures die from starvation when their food supply which consist on Plankton, is poisoned. Plankton, the tiny plants and animals which live on and below the water�s surface, provide food for many larger marine creatures such as whales. Along the shoreline, oil mixes with sand and then sinks down onto the sea-bed, destroying the breeding and feeding grounds of creatures such as oysters. ...read more.

Several times George gave Tom considerable sums of money so that he could make a fresh start. Instead, Tom bought a motor-car and very nice jewellery. Once Tom nearly went to prison. This cost George a great trouble and five hundred pounds to settle the affair. For twenty years Tom gambled, was surrounded by pretty girls, dressed beautifully and ate in expensive restaurants. He was 46 but looked like 35. He was incredibly charming and an amusing companion. Poor George was only a year older than his brother and looked 60. He had never taken more than a fortnight�s holiday in the year, he worked all day, he was honest and industrious, he had a good wife and four daughters. He planned to retire at 57 to a little house in the country. By that time Tom perhaps would have got into the hands of the police. But to George�s surprise, he came to know that Tom had engaged to a woman old enough to be his mother. She had died and left everything to him. Half a million pounds, a yacht, a house in London and a house in the country. George thought this was not fair. While listening to George, the story-teller laughed out loud and almost fell on the floor at George�s furious face. George never forgave him. But Tom very often invited the story-teller to excellent dinners in his beautiful house and occasionally borrowed very small amounts of money, just from force of habit. ...read more.