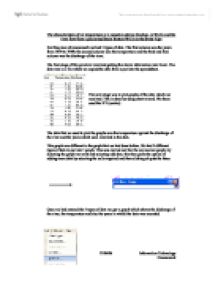 The first stage of this practical involved getting the above information into Excel. The data was in a file which we copied the data from a put into the spreadsheet. 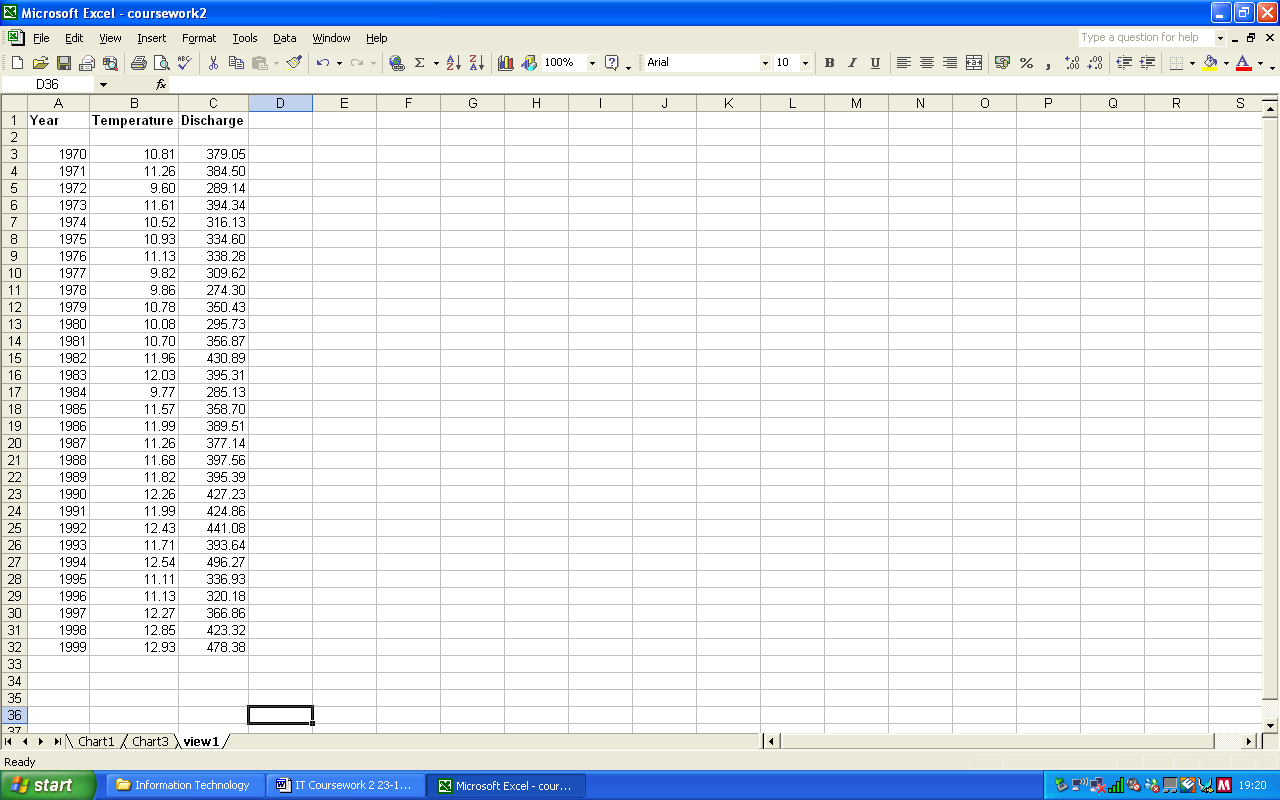 The next stage was to plot graphs of the data which we received. This is done by using chart wizard. We them used the XY (scatter)

The data that we used to plot the graphs was the temperature against the discharge of the river and the years which were involved in the data.

This graph was different to the graph that we had done before. We had 3 different types of data to put into 1 graph. This was carried out like the any normal graph, by selecting the graph we want and selecting add data, this then gives the option of adding more data by selecting the cells required and then clicking ok puts the three 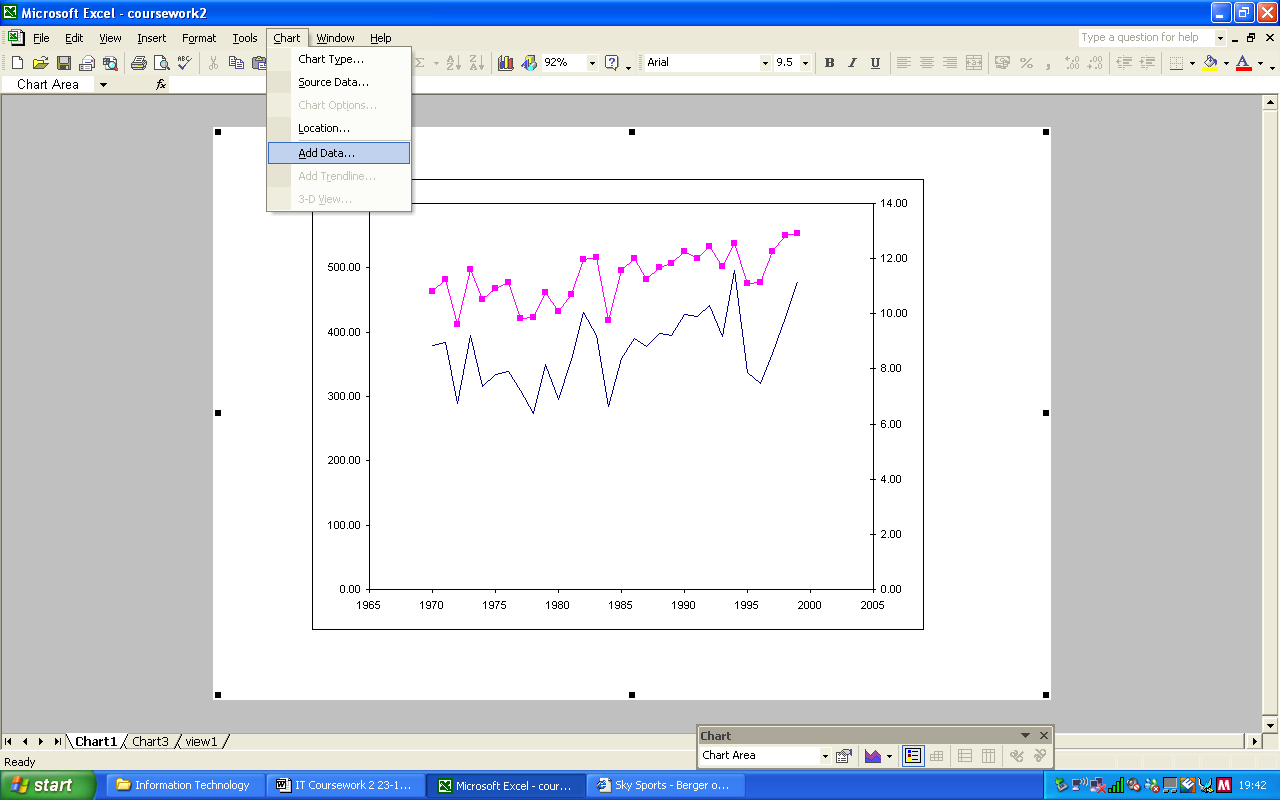 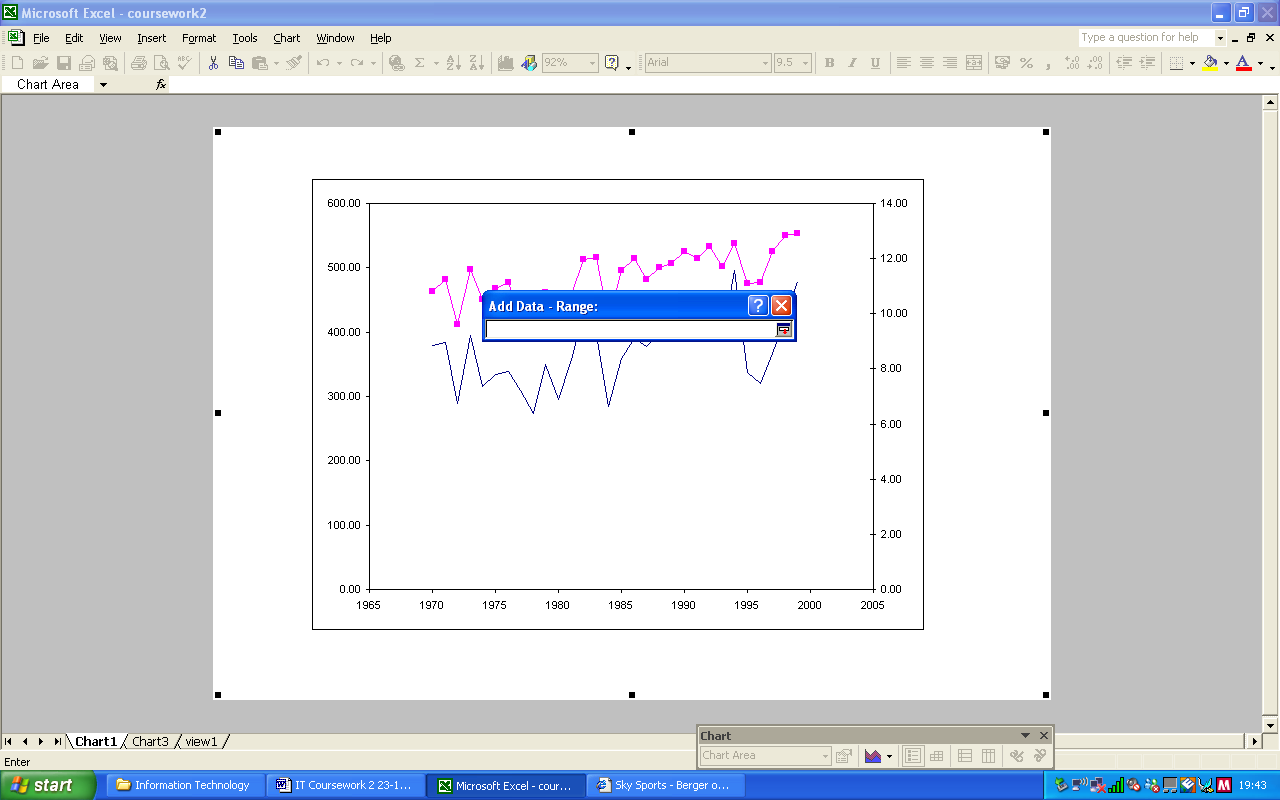 Once we had entered the 3 types of data we got a graph which shows the discharge of the river, the temperature and also the years in which the data was recorded 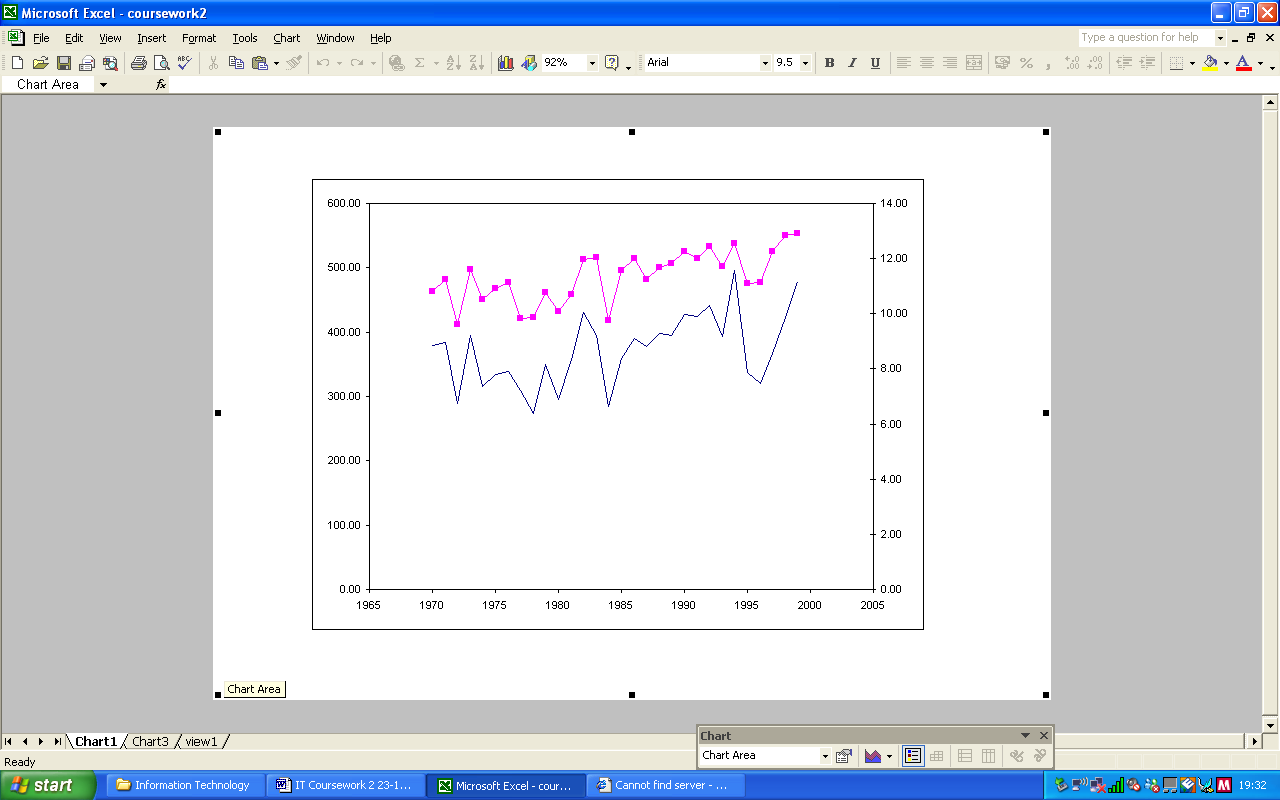 The next stage was to plot just the air temperature against the discharge.

So as before the first step was to select the data which we needed to use (temperature and discharge) once this was done we just as scatter diagram this time to give us a clear picture of the discharge relating to the temperature.

The graph we got is below. 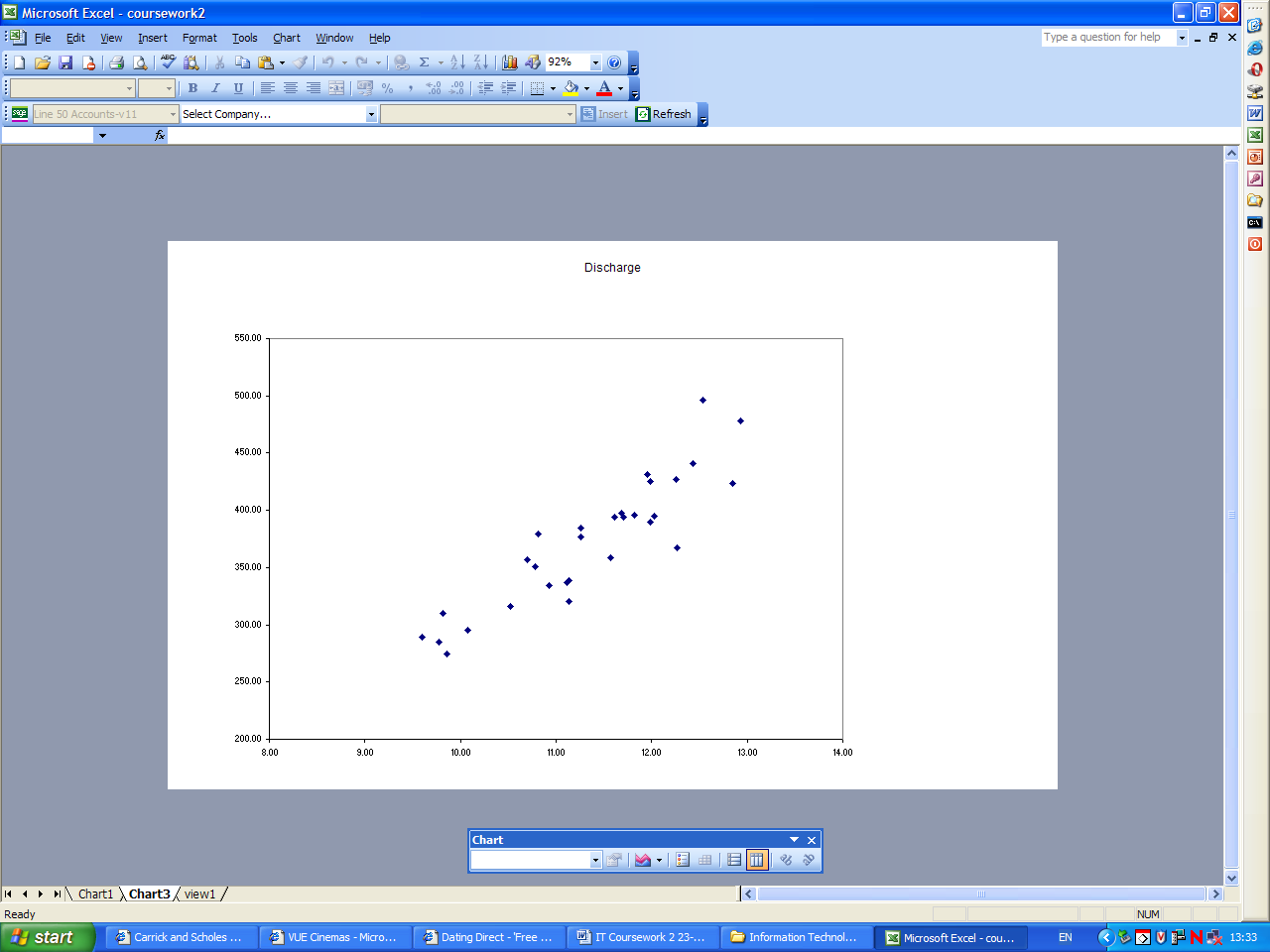 This shows the discharge of the river against the temperature..

The first graph is a graph containing the data of, years, temperature, and discharge of the river.

From the graph, it is clear that the amount of discharge of the river throughout the years has never been the same.

This is down to that the temperature has never been the same, there have been parts of the year in which the temperature has been low compared to the year before or it has been higher that in the past. This is the main contributor to how much discharge there is throughout the years in on the graph.

The second graph we carried out was only in relation to the amount of discharge against the temperature.