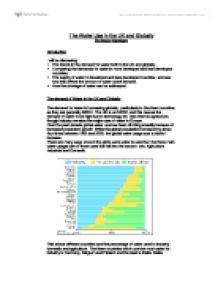 I will be discussing:

The demand of Water in the UK and Globally

The demand for water is increasing globally, particularly in Southern countries as they are generally MEDC. The UK is an MEDC and this causes the demand of water to be high due to technology etc. Also there is agriculture, though industry remains the major user of water in Europe.

There are many ways around the globe were water is used but the three main water usages are of those uses that fall into the sectors are, Agriculture, Industrial and Domestic. 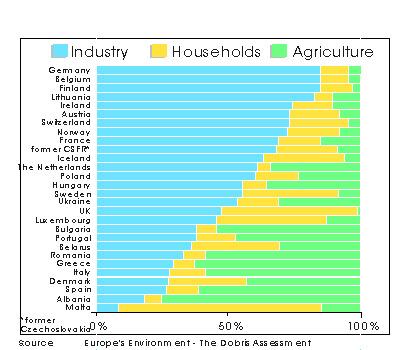 Overall in the UK and globally the water demand has risen dramatically due to many factors but the main factor is the rise in population. 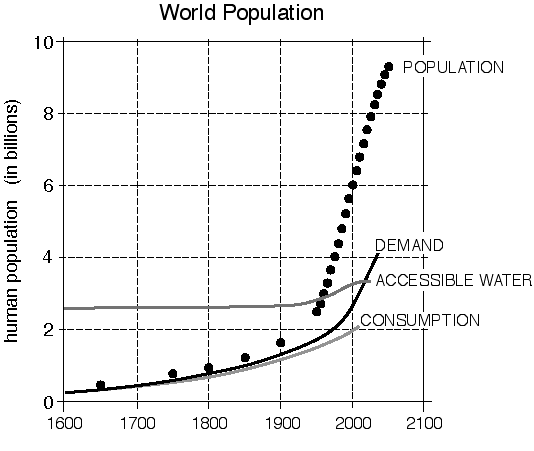 In an MEDC country like the UK, the demand for water is very compared to LEDC’s. The supply in MEDC’s is very good as most of the population have easy access to water, through taps etc. However LEDC’s have difficult access to running water which is potable and so there water is in limited supply. The demand in rising in LEDC’s due to the rise in population and the less developed countries developing further, so more technology is being used etc. The access in LEDC’s affects the amount of water used and the easy access to potable water in MEDC’s affects the amount of water used also as many take the advantage of running water in there house for granted so for instance they will leave the tap running etc while doing something like brush there teeth were as some parts of the world which is LEDC, the people may feel the water is precious and controls the amount they use on domestic, industrial and agricultural use.

Management on the shortage of water

Leakage control is also a major factor as in England in 1995; the ten main water companies estimated that 25% of all water in the distribution system is lost through leakage.

Demand management, many people pay for ‘unmeasured’ water bills, this is based on the old rateable property values. Therefore there is know incentive to save water. Some people have water meters which measures the amount of water that household uses and so they pay for the amount they use which gives that household the incentive to save water which means save money on there water bill.

Overall I have found that the main water usage is used for industry, domestic and agriculture.

The main factors to help manage the shortage of water is to reduce leakage and demand management put into action and make sure everyone knows the effects of what they are currently doing on the future supply of water.

So I feel that action should be taken immediately to stop the waste of water and control the demand or there will be a large cost the world will have to pay if they carry on with how they are using there water.