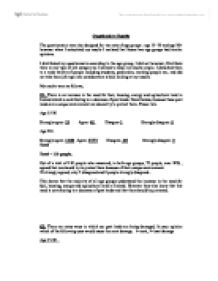 Climatologists, archaeologists and biologists value the peat archives in the living bogs as essential to research; and naturalists cherish the living carpet that covers the peat. Raised bogs help to maintain reliable supplies of clean water to rivers. They also have a cultural importance as some of the last true wilderness areas in the lowlands, and are enjoyed by thousands of people. We are only just beginning to understand the ecology of peat bogs and their importance to the global environment. Bogs and our past Peat bogs contain an unparalleled record of our past. A rich archive of information lies preserved in bogs. Much of this is organic, and has a capacity to expand our understanding of people, culture, economy and climate far back into prehistory. Pollen, plants, evidence for the use of wood and woodland management, boats, weapons, lines of communication and indications of human impact on surrounding landscape and ecology all contribute to modern knowledge in ways which are seldom approached on dry land. Peat bogs have produced some of the most spectacular finds of British archaeology, including remarkably well-preserved bodies of some of our ancestors. Peat extraction on an industrial scale -as opposed to more modest, non-mechanical methods ot former times -is a crude and destructive method of discovering theses treasures. The archaeological evidence does not regenerate. Peatlands and the enviroment Peat is rich in fossil carbon, removed from the atmosphere by plants and accumulated over thousands of years. Drainage and destruction of raised bogs results in the rapid loss of the stored carbon in the form of greenhouse gases, as the peat decomposes. Biodiversity Biodiversity is the variety of living things that are found on earth. There is great variation in the biodiversity of different peatland types, for example between fens and bogs. Fens are generally very productive and are home to a wide range of both plants and animals. ...read more.

Government in Northern Ireland also produced an innovative which outlined the measures that would be taken by all Government Departments to conserve peatlands. For further information about the Peatlands Consortium please write to Peatlands Campaign Consortium, The IPCC was established with the principle aim of ensuring the conservation of a representative example of Ireland's peatland heritage. IPCC launched the Save the Bogs Campaign in 1982 and it is one of the longest running campaigns in Ireland. The Campaign has focused its attention on three main areas: * Site Protection * Information and Education * Fund-raising and lobbying Like the UK campaign there has been some success in certain areas e.g. the area of protected peatlands in Ireland has gone from just a few hundred hectares in 1980 to over 140,000 ha. The IPCC have also published a wide range of educational materials and conservation plans for peatlands in Ireland. Undoubtedly both the UK Peatlands Campaign, and the Save the Bogs Campaign have played a major role in raising public awareness and contributed to increased measures to protect and conserve peatlands in the UK and Ireland. Despite the many improvements in peatland conservation during the last 20 years a major disappointment has been the continued use of peat, in the gardening and horticulture industries. Present and future campaigns will need to address this use of peat, which is leading to the destruction of peatlands across Europe. Peatland Campaigns are not always organised by large conservation organisations but can also be as a result of action by local communities. Conclusion Irelands peatlands are scientifically interesting and educationally important. When there is effective protection for a representative selection the three major types (fens, raised bogs, and blanket bogss) these conservation areas will be a resource that will continue to provide sites for scientific study and for educational purposes. As a major component of the islands remaining wild landscape, these peatlands will provide a great source of pride and aesthetic pleasure for generations to come and for visitors from across the world. ...read more.