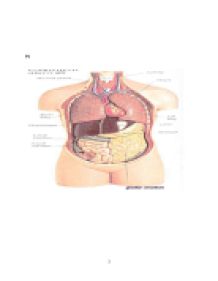 ﻿P1 Done by Fowsia Cabdulrahman MBC101106446 unit 5 Andrew Oldnall Cell Membrane The cell membrane is a thin semi-permeable membrane that surrounds the cytoplasm of a cell its function is to protect the honesty of cell by allowing certain substances into cells, while keeping other substances out. It also serves as a base of attachment for the cytoskeleton in some organisms and the cell wall in others. This the cell membrane also serves to help support the cell and help maintain its shape. ?Animal cells, plant cells, prokaryotic cells, and fungal cells have cell membranes?. (Education biology book) Cell membrane surrounds the cell, it is made up of lipid chains and phosphate heads, there are some protein which contain within the cell membrane, they are called, peripheral protein, glycol protein and integral protein, they often form channels for substances to pass in and out of the cell. Protein molecules is also known as ?identity markers or ?reception site?, they are called this because substances, e.g. hormones cannot pass them without their permission. The function of the cell membrane is that it supports, protects and controls movement in and out of the cell, it is also a barrier between the cell and its environment, for example, it protects the ribosomes and lysosomes from coming near each other and it also maintains homeostasis. Cell Membrane Structure The cell membrane is mainly calm of a mix of proteins and lipids. Depending on the membrane?s location and role in the body, lipids can make up anywhere from 20 to 80 percent of the membrane, with the remainder being proteins. While lipids help to give membranes their flexibility, proteins monitor and maintain the cell's chemical climate and help to transfer of molecules across the membrane. Cell membrane lipids Phospholipids are major component of cell membranes. They form a lipid bilayer in which their attracted to water head areas suddenly arrange to face the aqueous cytosol and the extracellular fluid, their hydrophobic (repelled by water) ...read more.

Striated muscle tissue Striated muscle tissue is also known as, voluntary and skeletal muscle tissue. The striated muscle is attached to the bones of the skeleton; however some of the striated muscle are attached to the skin in the face. They are called voluntary because they are attached to the flexible parts of the body. For example, we can move our arms, legs and we can pull up our faces. This kind of muscle gets permission, it will contact on receipt of nerve impulsive controlled by conscious thought from the central nerve system which is located in the brain and the spinal cord. For example, if someone asks someone to move their arm, the message will transfer to the brain. Non-striated muscle Non striated muscle still contains filaments, buts not in orderly pattern, muscle fibres are cigar shaped with a single central nucleus. This kind of muscle is non skeletal, which means it is not attached to the bones, it is totally involuntary, which means they cannot be moved and it tend to be smooth. This muscle is located in the stomach, bladder, uterus (womb) and in the eyes. Cardiac muscle Cardiac muscle is also known as myogenic, this means that it rhythmically contracts without receiving any nervous stimuli, the entire heart is made up of cardiac muscle, and there isn?t anywhere else in the body which is made up of cardiac. Connective tissues. Connective tissue contains several sections, blood. Bone, adipose, areoler tissue and cartilage. The blood tube consists of different substances, for example, hormones, white blood cells, plasma, red blood cells, glucose, bacteria and data. Adipose Adipose tissue is a form of loose connective tissue that stores fat. Cartilage Cartilage is a form of fibrous connective tissue that is composed of closely packed collagenous fibres in a chewy gummy substance called chondrin. The skeletons of sharks and human embryos are composed of cartilage. ...read more.

The second unit of the hindbrain, the pons, also assists in controlling these functions. The third unit, the cerebellum, is responsible for the skill of movement. Stomach- The stomach is a muscular organ located on the left side of the upper abdomen. The stomach receives food from the esophagus. As food reaches the end of the esophagus, it enters the stomach through a muscular valve called the lower esophageal sphincter. The stomach secretes acid and enzymes that digest food. Ridges of muscle tissue called rugae line the stomach. The stomach muscles contract periodically, churning food to enhance digestion. The pyloric sphincter is a muscular valve that opens to allow food to pass from the stomach to the small intestine. Pancreas- the pancreas is located deep in the abdomen, sandwiched between the stomach and the spine. It lies partially behind the stomach. The other part is nestled in the curve of the duodenum (small intestine). To imagine the position of the pancreas. Your hand will be at the rough level of your pancreas. Because of the pancreas? deep location, tumors are hardly ever plain able to felt by pressing on the abdomen. It also explain why many symptoms of pancreatic cancer often do not appear until the tumor grows large enough to interfere with the function of nearby structures such as the stomach, duodenum, liver or gallbladder. Duodenum- the duodenum is a short portion of the small intestine connecting it to the stomach. It is about 10 inches (25cm) long, while the entire small intestine measures about 20 feet. Kidney- The kidneys are a pair of organs located in the back of the abdomen. Each kidney is about 4 or 5 inches long -- about the size of a fist. The kidneys' functions are to strain the blood. All the blood in our bodies passes through the kidneys several times a day. The kidneys remove wastes, control the body's fluid balance, and control the balance of electrolytes. As the kidneys filter blood, they create urine, which collects in the kidneys' pelvis funnel-shaped structures that drain down tubes called ureters to the bladder. ...read more.