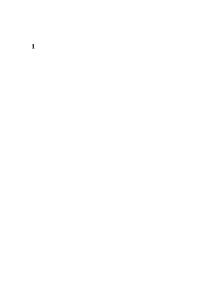 &amp;#147;The First World War was the result of a badly mismanaged Balkan Crisis in the summer of 1914 rather than the product of long-standing rivalries between the Great Powers.&amp;#148; Assess the truth of this opinion on the causes of the outbreak of World W

1 2 "The First World War was the result of a badly mismanaged Balkan Crisis in the summer of 1914 rather than the product of long-standing rivalries between the Great Powers." Assess the truth of this opinion on the causes of the outbreak of World War One. I feel, in my opinion that this statement is incorrect. To say that the First World War started by any one reason would be unjust. The war came about due to a number of diplomatic crises and tensions, which accumulated before the Balkan crisis of 1914. If anything the First World War was well overdue, and should have started well before 1914, if you take into account the reasons, causes and tensions before then. To put the whole blame on the Balkan crisis would be wrong as there were many events which added diplomatic tension between the countries involved in the war, leading up to the Balkan crisis, and for that reason I disagree with the statement in question. There are many causes to the First World War, one of which is found in Germany and her World Policy. Weltpolitik is the direct German translation of world policy which was a policy of German expansion further than Central Europe. Germany had found a transformation, since the Franco-Prussian war of 1871 and the new Germany was united. Germany wanted to gain a worldwide empire, much like Britain. By expanding, Germany would have been seen as another great power in Europe and would have meant they could be as strong as the British. ...read more.

Due to defeat in the Russo-Japanese war, the Russian government felt that they would be extremely vulnerable if they were to be attacked. As a result the Russian government increased their army and trained them to be more efficient. This race is a large threat to all the powers in Europe. As one country arms, it gives the impression to the other nations that they are about to attack a country or that a war is looming. In addition, the introduction of the Schlieffen plan caused immense tension between France, Germany and Russia. The plan was devised by Alfred Von Schlieffen in 1892. The plan was made after France and Russia agreed an alliance. The plan was to knock out France by invading Belgium and by then go back and defeat the slow mobilising Russians on the other front. This promoted the creation of Plan 17 from France and Plan B from Russia. Plan 17 stated that it would be more effective for the French to defend themselves by attacking. Plan B consisted of the Russian Army invading Poland through into Germany to relieve pressure from France. The arms race and especially the military plans caused an unpeaceful feeling which could have resulted in war. All nations were preparing for war and tensions were rising. The poor state of which Europe was at its worst could have been to do with Bismark not being in power. Bismark managed to use his diplomatic skills to build good international relations with all the other nations in Europe. ...read more.

The Balkans also presented the literal cause of the First World War. On 28th June 1914 Archduke Franz Ferdinand was assassinated in Sarajevo by Serb terrorists. Franz Ferdinand was the Heir to the Austria-Hungarian throne. The assassination was carried out by the "Black Hand" movement. Austria-Hungary accused Serbia of the assassination and then Europe was at war. The Balkans' crisis of the summer of 1914 was but a small cause to the outbreak of war. The crisis occurred in 1914 and therefore if I were to agree with the statement in question, it would mean that events and actions before 1914 had no part to play in the cause of the First World War. This is wrong. The war started because of the many events occurring in the run up to 1914. In my opinion the cause of the First World War, was Germany and her world policy, that is her obsession with challenging Britain's Navy and supremacy in Europe. If Germany did not expand and try and become a great power, then the balance of power would have been constant and uninterrupted. However, it would be wrong for me to blame the whole war on Germany because even if Germany did not exist, you would still have Russia fighting with Austria-Hungary over Serbia and the Balkans. The blame cannot be solely handed to one country or one event. The war occurred due to a catalogue of events and issues which accumulated in to the First World War. WORD COUNT 2,559 ?? ?? ?? ?? 11 ...read more.