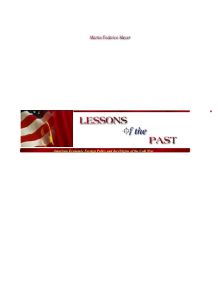 American economic foreign policy and the origins of the cold war

ALTHOUGH THE COLD WAR came to an end more than a decade ago, historians have yet to reach a consensus on the origins of this conflict. Shortly after the proclamation of the Truman doctrine in 1947, which marked the first official announcement of America's involvement in an antagonistic relationship with the Soviet Union, two major camps with competing explanations on who was to blame for this state-of-affairs emerged. Their views remain among the most hotly debated topics in recent diplomatic history. On the one hand, the orthodox camp maintains that the Cold War was the inevitable response of American policymakers to what were perceived as clear signs of Soviet aggression at the end of the Second World War, especially concerning the formation of a closed communist bloc in Eastern Europe. On the other hand, the revisionist camp contends that Soviet actions were of a purely defensive nature, and, by implication, the creation of a Russian sphere of influence was not the cause of the Cold War, but the result of it. Although many revisionists have divergent views on several important issues, they all draw attention to the role of American economic and ideological factors in the origins of the Cold War. "Leaders of the United States had become convinced, revisionists assert, that survival of the capitalist system at home required the unlimited expansion of American influence overseas."1 The argument of this study draws heavily upon the insights of the revisionist camp, but diverges in several important respects. Economic expansionism was not the prime motive behind American foreign policies in the 1940s, but was part of a larger strategy fundamentally aimed at creating economic security, domestically and internationally, in order to prevent the emergence of similar circumstances to the ones that had caused World War II. Although a cautionary stand must be taken in placing any blame for the emergence of the Cold War, the American course of action can at least be seen to have seriously exacerbated tensions between the Soviet Union and the United States. ...read more.

Moreover, although the multilateralist world economy would yield handsome political and economic dividends for the United States, this would not prevent other countries from participating and making equally striking gains. A strong American economy was also believed to benefit all nations of the world; Secretary of Commerce W. Averell Harriman described the United States as the "financial and economic pivot of the world," articulating the popular view that "economic stagnation in the United States would drag the rest of the world down with us."20 To many political leaders in Washington, this knowledge provided the moral justification for imposing their Weltanschauung on the international economy. The task of restoring the free flow of world trade within a capitalist framework was given to the U.S. State and Treasury Departments.21 The former assumed major responsibility for removing trade barriers by working for a renewal of the Reciprocal Trade Agreements Act and by seeking to commit other nations to liberal tariff policies. The Atlantic Conference organized by the State Department in August 1941 moved to implement this policy. In Article III of the Atlantic Charter, Roosevelt and Churchill declared that after the war all people should have the right "to choose the form of government under which they will live." Article IV added the economic side to that principle: all states should enjoy "access, on equal terms, to the trade and to the raw materials of the world which are needed for their economic prosperity."22 Conversely, the Treasury Department, under the direction of Henry Morgenthau Jr. and Harry Dexter White, concentrated on reforming the international monetary system by creating mechanisms to stabilize international currencies and to facilitate the flow of capital for reconstruction and development. The Treasury began working on an international financial and monetary conference in late 1941, which culminated in the meeting of delegates from forty-four nations at Bretton Woods on July 1, 1944. The Bretton Woods agreements established the International Monetary Fund and the International Bank for Reconstruction and Development, commonly known as the World Bank. ...read more.

America's search for peace was unable to accomodate that of the Soviet Union. In this light, the Cold War can be said to have largely evolved from the complex interplay between Washington's multilateralist principles and Moscow's perceived postwar security needs. To Russia, security dictated extraordinary measures to control the political and economic destiny of Eastern Europe. Conversely, to America, the nearly closed Soviet sphere threatened the open and integrated economic order upon which U.S. goals for peace and prosperity rested. As a result, America's security needs demanded not only economic expansion. The "open door" also entailed creating a favorable environment in areas where economic interests as such were rather trivial, as seen in its goals in Eastern Europe. For this reason, U.S. foreign economic policy is to blame for exacerbating tensions between the United States and the Soviet Union. American policymakers embarked upon a program that had to force the Soviet Union to accept America's traditional conception of itself and the world. As Williams points out, "American policy offered the Soviet Union but one real option: either acquiesce in American proposals [as the British and French had done] or be confronted with American power and hostility. [...] It was the decision of the United States to employ its new and awesome power in keeping with the traditional open door policy which crystallized the Cold War."35 Even Gaddis, who refutes many of the revisionist arguments, contends that "the belief that Stalin might agree to integrate the Soviet economy with those of the world's leading capitalist nations reflected a fundamental lack of sophistication which pervaded much of Washington's wartime economic planning. To attempt to construct a new world economic order without first resolving the deep political differences which divided the United States and the Soviet Union was na�ve in the extreme."36 The unrealistic nature of the United States foreign economic planning clearly demonstrates the extent to which excessive concentration on lessons of the past could impair efforts to deal with issues of the future. ...read more.