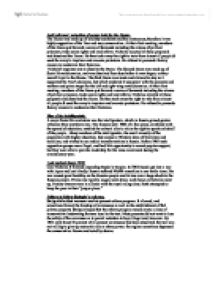 Causes of the 1917 russian revolution

Anti reforms / reduction of power held by the Duma. The Duma was made up of wealthy merchants and the aristocracy; therefore it was highly supportive of the Tsar and very conservative. At their first meeting, members of the Duma put forward a series of demands including the release of political prisoners, trade union rights and land reform. Nicholas rejected all these proposals and dissolved the Duma. He then took away the right to vote from almost all people & used the army to imprison and execute protestors. He refused to persuade factory owners to modernize their factories. Nicholas' response was to dissolve the Duma. The Second Duma was made up of Social Revolutionaries, and was dissolved four days before it even began, as they weren't loyal to the throne. The third Duma was made and allowed to stay as it supported the Tsar's decisions, but which rendered it unpopular with the peasants and workers and prime target for the left and right-wing revolutionaries. ...read more.

Both attempted to keep the poor in their "proper place." Failure to follow Stolypin's reforms. Stolypin's boldest measure was his peasant reform program. It allowed, and sometimes forced, the breakup of communes as well as the establishment of full private property. Stolypin hoped that the reform program would create a class of conservative landowning farmers loyal to the tsar. Most peasants did not want to lose the safety of the commune or to permit outsiders to buy village land, however. By 1914 only about 10 percent of all peasant communes had been dissolved. the tsar was not willing to give up autocratic rule or share power. the regime sometimes bypassed the conservative Dumas and ruled by decree. Arrogance of the Tsar Most Russians were uneducated and truly not ready for democracy. Nicholas was opposed to the Westernization of Russia. He made a speech in January 1895, criticizing the "senseless dreams" of those who favour democratic reforms. ...read more.

Russian people hated and blamed her. The civilian population suffered greatly from a lack of essential goods and began to protest. March 10, 1917 Tsar ordered the army to break up protests and shoot if necessary. Unlike in 1905, the Russian army mutinied and joined the protests and strikes and refused the Tsar's orders. Economic inflation Prices rose high because all kinds of goods and food became scarce during the war. In general, the price rose by 500 - 700 per cent between 1914 and 1917. The rarity of food and all kinds of goods were due to the facts that; Russia was cut off from outside aid by the blockade of the Central Powers, the transport system was inadequate; the devastation of the wheat-growing Ukraine early in the war, and the factories had to manufacture military goods to meet the needs of the unnaturally large army. By 1917 about fifteen million were recruited, 37% of the male population of working age. This led to labor shortage and less production in factories. Because of the huge prices of bread, many Russian people were hungry. ?? ?? ?? ?? ...read more.