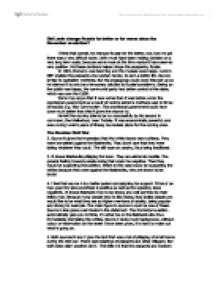 Did Lenin change Russia for better or for worse since the November revolution?

Did Lenin change Russia for better or for worse since the November revolution? I think that overall, he changed Russia for the better, but, how he got there was a very difficult route. Lenin must have been making decision on a very long term scale, because some made at the time wouldn't have seemed very positive. Yet these decisions helped shape the prospering Russia. In 1924, Economy was booming and the masses were happy. Lenin's NEP enabled the peasants who worked harder, to earn a better life. Sounds similar to capitalism methinks. But his propaganda could cover this fact up as he claimed it to only be a temporary solution to Russia's problems. Seeing as the public was happy, the communist party had better control of the state, which was now the USSR. Some may argue that it was worse than it was before under the provisional government as a result of Lenin's extreme methods used in times of trouble, e.g. ...read more.

5. Both sources B and C give the fact that was a lot of pillaging of small towns during the civil war. There were beatings of peasants and other villagers. But both sides claim another did it. This tells me that the peasants and workers of innocent towns were not treated well by either side. The Armies considered themselves to be the most powerful forces, and could take what they needed, because they were "doing it for the greater good," 6. This statement is very exact. Therefore I would disagree, even though the fact that the whites were lacking in organisation and were fighting on seven different fronts did come into play. I would say that The Reds did have many positive points, which eventually led them to victory. Many of these are stated in source D. We know for a fact that Lenin and Trotsky were very intelligent military leaders, especially Trotsky, and would be able to successfully manoeuvre. ...read more.

Between 1934 and 1938 he inaugurated a massive purge of the party, government, armed forces, and intelligentsia in which millions of so-called "enemies of the people' were imprisoned, exiled, or shot. In 1938 he signed the Non-Aggression Pact with Hitler which bought the Soviet Union two years respite from involvement in World War II. After the German invasion (1941), the USSR became a member of the Grand Alliance, and Stalin, as war leader, assumed the title of generalissimo. He took part in the conferences of Tehran, Yalta, and Potsdam which resulted in Soviet military and political control over the liberated countries of postwar E and C Europe. From 1945 until his death he resumed his repressive measures at home, and conducted foreign policies which contributed to the Cold War between the Soviet Union and the West. He was posthumously denounced by Khrushchev at the 20th Party Congress (1956) for crimes against the Party and for building a "cult of personality'. Under Gorbachev many of Stalin's victims were rehabilitated, and the whole phenomenon of "Stalinism' officially condemned by the Soviet authorities. ...read more.