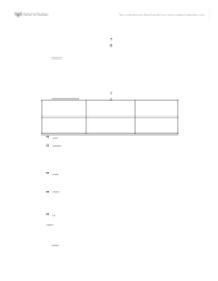 Examine The Causes And Impact Of World War II.

World War II Question 8(a): Examine The Causes And Impact Of World War II. Soon after World War I, calls for concern were ringing all over the world. The disastrous Great War was declared an outrage and many wanted to make sure these disastrous scenes were never to be repeated. Such was the hatred for war that a peacekeeping organization was set up just within 10 days in 1916 based on President Wilson's Fourteen Points. AIMS OF THE LEAGUE Provide a way of settling international disputes other than war. Offer all countries support against attack. To reduce world armaments. Ensure international treaties were registered and their contents known. Encourage social and economic cooperation throughout the world. To supervise former German mandates. ...read more.

Secondly, Italy's intentions of building a new empire was only countered by soft sanctions by the League. The British and French were reluctant in taking strong actions in case Mussolini became Hitler's ally and began to offer large amount of Abyssinian land to stop the fighting in Africa. This backfired as other member states became less interested in sanctions, after realizing that these 2 main countries were trying to make a deal behind their back. And seizing this advantage, Mussolini completed his conquest of Abyssinia with ease and took Italy out of the League in 1937. Thus the League of Nations has been shown to be ineffective in preventing warfare in Manchuria and Abyssinia. Its credibility was reduced to the point where it had no role to play in preventing the difficulties caused by Hitler's aggressive foreign policy. ...read more.

* Rearmament and Remilitarization Hitler wanted to be on same terms as the British in terms of navy and army size thus sending his troops to reoccupy Rhineland, making Germany's western borders safe from any attacks. * Totalitarian Rule Hitler wanted Germany to be control under him as the sole leader. Soon a bitter civil war broke out in Spain. Both Italy and Germany saw this as an opportunity to test out their new weapons and fighting tactics. Britain and France on the other hand stayed neutral and took no action. The above event clearly showed the reluctance of Britain and France, two great League of Nations powers, to act firmly and decisively towards German aggressive policies. Instead, they tried to buy peace by following a policy of appeasement. ...read more.