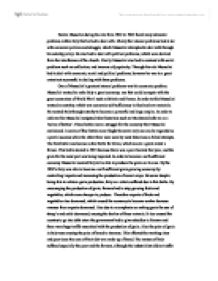 Benito Mussolini during his rule from 1922 to 1943 faced many domestic problems within Italy that he had to deal with. Mainly the internal problems had to do with economic policies and struggle, which Mussolini attempted to deal with through his autarky policy. He also had to deal with political problems, which were derived from the interference of the church. Finally Mussolini also had to contend with social problems such as unification, and increase of popularity. Through his rule Mussolini had to deal with economic, social and political problems, however he was to a great extent not successful in dealing with these problems. One of Mussolini's greatest internal problems was his economic problem. Mussolini wanted to make Italy a great economy, one that could compete with the great economies of World War I such as Britain and France. In order to this Mussolini wanted an autarky, which was economic self-sufficiency in food and raw materials. He wanted Italy through autarky to become a powerful and large empire. In order to achieve this Mussolini instigated what historians such as MacDonald refer to as a 'series of battles'. These battles were a struggle for the economy that Mussolini envisioned. ...read more.

The second battle was the 'Battle for Lira' whose main aim was to reinstate the purchasing power of the currency. Sine Mussolini wanted a powerful Italy; he thought that the weak currency added to weakness of the economy. Therefore in 1926, Mussolini revalued the Lira so that one pound was 90 liras. This battle also proved to be a failure since the price of exports increased. Due to this unemployment increased and firms and industries were not able to sell their goods as efficiently. This also caused the aim to increase economic influence to decrease since it had a negative effect of exports and unemployment. The 'Battle for Land' was the third battle fought in order to increase economic power. This battle had mixed responses and could be seen as a success and failure. The Battle for Land attempted to control the migration to cities from the countryside's, which helped control unemployment. The Battle for Land was a success because of the Pointe Marshe in 1935 which served as good propaganda, helped decrease unemployment and also allowed for the control of subsidies to farmers. Pointe Marshe provided small farms and also increased public work, which called for employment. ...read more.

Mussolini attempted to unify Italy and increase his popularity through propaganda since he did not have full control and poulatiry over the Italian people. Mussolini was most successful in dealing with social problems through L'inquadramento and the idea of a corporative state. L'inqadramento was an illusion that Mussolini created in order to unify Italy. Through this movement Mussolini increased their popularity and membership by providing support and financial aid during after the Depression from 1931 to 1937. "This recovery from the deep depression of the postwar was remarkable and greatly aided the Fascists in winning favor and in establishing power.", was the view of historian Clough. They also increased employment by inflicting a forty-hour workweek and allowing family compensations. These helpful acts during the Depression helped Mussolini gain support from more people, and allowed him to control more of the state. Also schemes such as the Pointe Marshe helped increase employment, which also helped Mussolini, gain support. Mussolini used propaganda through a policy called Corporative state, which also helped him gain support. The Corporative state advertised a state where there was no class system and all labors worked together. It also strived to make working conditions better and sought to help all laborers when they were in trouble by allowing them to share their concerns with their employers' representatives who then shared them with Mussolini. ...read more.