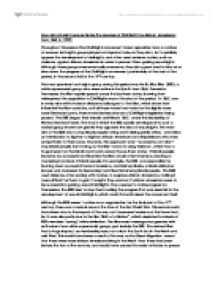 How did anti-rights groups hinder the progress of Civil Rights for African Americans from 1865 to 1992?

How did anti-rights groups hinder the progress of Civil Rights for African Americans from 1865 to 1992? Throughout this period, The Civil Rights movement faced opposition from a number of sources. Anti-rights groups played an important role, as they did a lot to publicly oppose the development of civil rights, and often used extreme tactics, such as violence, against African Americans in order to prevent them gaining equal rights. Although these groups were eventually overcome, they did a great deal to hinder or slow down the progress of the Civil Rights movement, particularly at the start of the period, in the second half of the 19th century. The most prominent anti-rights group during this period was the Ku Klux Klan (KKK), a white supremacist group who were active in the South from 1866. Formed in Tennessee, the Klan rapidly spread across the Southern states, showing how widespread the opposition to Civil Rights was at the start of the period. In 1867, one in every nine white voters in Alabama belonged to the Klan, which shows how influential the Klan could be, as if all these voters had voted for the slightly more racist Democrat party, there would be less chance of Civil Rights legislation being passed. The KKK began their terrorist activities in 1867, under the leadership of Nathan Bedford Forrest. The way in which the KKK quickly developed into such a radical group shows how greatly they opposed the idea of equal rights. ...read more.

Like the KKK, the Councils gained some influence over politics. As a result of the White Citizen's Councils, John Patterson, who was a strong supporter of segregation, became Governor of Alabama. This was a negative development, as segregation was still a huge problem in the South, and wouldn't be solved if people like Patterson were in influential positions. Although the Ku Klux Klan and White Citizen's Councils were the largest anti-rights groups during this period, they weren't the only groups to hinder the course of African American Civil rights. From 1868, at the end of Reconstruction, a number of secret societies were set up in the South which opposed Civil Rights. These ranged from smaller groups such as neighbourhood police to larger, federated organisations. Apart from the KKK, some of the most significant groups were The Knights of the White Camilla, The Constitutional Union Guards, The Pale Faces and the White Brotherhood. The thing which united all these groups was hatred of freed African American slaves, and by 1971 most of these groups openly fought to maintain control of southern society. Many were armed, and like the Klan were prepared to use violence against black people. Lynching became a particular problem in the south, particularly in Mississippi, Alabama, Louisiana and Georgia. As white mobs hung an estimated 2,500 people in the Southern states between 1882 and 1930. The attacks were almost always racially motivated, and made it more dangerous for African Americans to take action or speak out against the racism they faced. ...read more.

In 1869, Nathan Bedford Forrest was forced to disband the KKK, because of threats from the government. Some Klan members carried on with their illegal actions, so Congress passed the Third Enforcement Act, also known as the Ku Klux Act, in 1871. This made it illegal to go out in disguise and enter the property of another, and clearly aimed to stop the activities of the KKK. Similarly President Kennedy intervened in both the Birmingham protests and the events at Alabama University in 1963. After the Birmingham protests, the Kennedy administration took part in negotiations with the SCLC and the local government and agreed to integrate department stores in the area, as well as freeing protesters who had been arrested. At Alabama University, Kennedy intervened and the students who had been refused entry by Wallace were allowed to register at the University. This shows how, although groups or individuals tried to hinder the course of Civil Rights, they weren't always able to, especially as the movement grew and gained popularity. Overall, anti-rights groups did a lot to hinder the progress of African American Civil Rights in the late 19th century and the early 20th century. However as the movement developed more from the 1960s onwards, they had much less influence, as public opinion generally supported the advancement of Civil Rights, and Congress and the President were more likely to speak out against racist actions. Anti-rights groups may have slowed down the course of Civil Rights, but they didn't hinder them completely. ...read more.