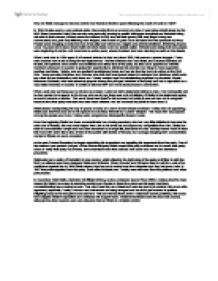 How did Stalin manage to assume control over Russia in the five years following the death of Lenin in 1924?

How did Stalin manage to assume control over Russia in the five years following the death of Lenin in 1924? In 1924 Russia was in a very delicate state. Recovering from an economy in ruins, it was being rebuilt slowly by the NEP (New Economic Policy) the country was gradually growing in wealth with larger industries and factories being returned to their owners, traders were now allowed to buy and sell their goods (this was illegal during war communism) and grain requisitioning was stopped, this meant no grain could be taken from the peasants by force. People were changing as well, the idea of equality was introduced, religion was almost abolished, forbidding anyone under 15 years old to learn about it with churches taken over and priests exiled. Schools were being built and people were beginning to be fed a lot more than in earlier years, where Russians had been starving to death on the streets. ...read more.

When Lenin died as there was no obvious successor. Lenin had left a testament before he died, it did not specify who he had wanted to be leader but it did say who he did not, there was a lot of criticism of Stalin in the testament saying he would become a dictator. This would have been fatal for his success but luckily it was not read out in congress because the other party members had also been criticised and did not want the public to hear about it. Stalin started manipulating his way to power as early as Lenin's funeral where he tricked Trotsky into not appearing, Stalin was chief mourner and in his speech he described himself and Lenin's 'disciple'. This made him very popular among the people and made Trotsky seem arrogant and disrespectful towards Lenin. From the beginning Stalin had been underestimated as a boring secretary who had very little initiative to become the next ruler of Russia, this may have helped him a lot as his rivals did not expect any competition from him. ...read more.

When Zinoviev and Kamenev tried to call for a vote of no confidence against him in 1925 Stalin already had too much control over the delegates and they lost every vote. In 1927 they were expelled from the party. Soon after Bukharin and Trotsky were removed from the politburo and other party bodies. In December 1929 Stalin celebrated his fiftieth birthday as the undisputed leader if the USSR. I believe that the main reason for Stalin's success at assuming control over Russia in those five years was his party members underestimating how cunning he was. They didn't see him as a threat and were too proud to consider him as an able opponent, especially Trotsky. He was very well known as being arrogant and he didn't get involved in political infighting because he thought he was above it. This and the fact that Lenin's Testament wasn't published, this would have crippled Stalin's reputation and destroyed his support base. I believe that these were the two main causes, although the other reasons were very relevant, that led Stalin to complete control ...read more.