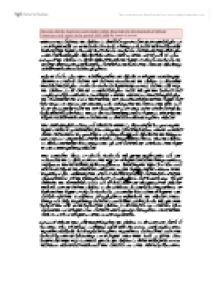 Between 1865 and 1980, the Supreme Court had a significant effect on the progress of civil rights. Early on in the period, numerous rulings were made that fundamentally restricted the rights of recently freed African Americans and limited their progress with a harmful legally supported precedence that would be set for years to come. However, the Supreme Court also helped develop the rights of African Americans, by steadily striking down harmful laws, and later in the period, by actively supporting federal intervention and desegregation. Despite a wave of positive federal legislation to support civil rights, including the abolition of slavery and the 14th and 15th Amendments, the Supreme Court notably hindered the progress of African American rights between 1865 and the early 1900s. The Supreme Court, directly countered progress made through this period and congressional reconstruction, most likely with the intention of hindering progress. The Cruickshank decision ruled that the 14th Amendment protected the rights and privileges of citizens only when they were infringed by the action of the state. As a result, it essentially made the 14th amendment void, when individuals and groups perpetrated racial crimes. This is also meant that these basic rights would not be the target of federal intervention and thus the court had an extremely negative impact. ...read more.

This acted as one of the first major positive changes by the Supreme Court, following a period of inaction and a period of hindrance. Between 1944 and 1948, significant rulings were made for the cause of civil rights, against desegregation and unfair voting practices; the first steps towards later reversals. The Democratic Party's use of all white primaries in states such as Texas were overturned in the case of Smith V. Allwright. In two other rulings, Morgan V Virginia and Shell V Kraemer the Supreme court ruled that Virginia state law enforcing segregation was illegal and that racially restrictive covenants were not valid as they violated the Equal Protection Clause of the Fourteenth Amendment. As a result, it is clear that the role of the Supreme Court had shifted from one of hindrance to positive help for civil rights. Conversely, it must be noted that most progress made was simply undermining the Supreme Court's lasting harmful past rulings. Thus the court only helped to the extent that they were reverting their own past hindrances rather than actively furthering the condition of African American civil rights. This trend continued, with significant decisions by the Supreme Court, challenging the past set notion of separate but equal. For example, in 1950, the decisions following Sweatt V. Painter and McLaurin V. ...read more.

However, during this phase, the Supreme Court continued its positive role for civil rights. In the case of Swann v Charlotte-Mecklenburg, the court ruled provided an active mechanism against underlying segregation. By busing people to schools, it ensured that integration in public schools could take place. Also, The Supreme Court ruled that school-financing based on local property taxes was not a constitutional violation of the 14th Amendment. Overall, it is clear that the Supreme Court was not simply a body that hindered progress, especially from 1960 onwards as its role and action expanded. However, the initial laws and ruling made by the court between 1865 and 1900 were so damaging, that it would take over 50 years to revert them truly. They provided the basis for, and legally enforced, a system of segregation, unequal treatment, and limited civil rights. Following this and until the late 1960s, whilst the court no longer directly hindered change, and became a helpful positive force, the overall assessment must remain negative as it was simply undoing its own harmful legislation. Therefore, despite positive transformation, the Supreme Court's impact over the period, was one of hindrance and largely negative. ?? ?? ?? ?? How far did the Supreme Court hinder rather than help the development of African American civil rights in the period 1865-1980 By James Lawson ...read more.