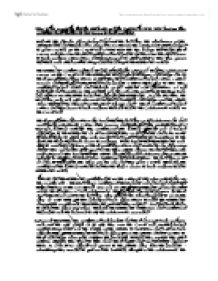 How far do you agree that the Bolsheviks won the Civil War of 1918-1921 because they controlled more people and had access to more weapons?

How far do you agree that the Bolsheviks won the Civil War of 1918-1921 because they controlled more people and had access to more weapons? Despite the diverse forces massed against the red army, the experience of the white leaders and the precarious position of Lenin, the communists still managed to gain victory in the Civil War of 1918-1921. The two reasons that led to their success were because they had control over more people and because they had access to more weapons (objective factors). However, to what extent is this true, given that there were other contributing factors leading to the Bolshevik victory? The Bolshevik control over heavily populated parts of Russia lead to communist success in the Civil War. The Bolsheviks had a great strategic advantage due to their geographical position in that they had control over major cities such as Moscow and Petrograd which had many people within them. Due to this they controlled major factors and therefore could inherit vast quantities of war materials and munitions. The industry was also very efficient due to the huge mass population in which the majority supported the Bolsheviks. ...read more.

However, the Bolshevik's control over more people and their access to more weapons were not the only factors as to why they won the Civil war. Another major contributing factor was the failure of the Whites to mobilise and sustain mass support. Although the Bolsheviks had mass opposition, the Whites didn't use this to their advantage especially within the peasantry. Instead, they went to the other extreme whereby they tried to take away their rights and used brutality against them. As a result no support was given to the White army from the peasants - something they needed to get over the military strength of the communists. The whites also didn't gain any support from the different nationalities that were within the Russian empire wanting independence. The Whites could have gained support by granting them independence; however they didn't have any intention in doing this at all. So, although it didn't stop the nationalities from fighting the Bolsheviks, it did prevent them from being one united force against the Communists and resulted in different forces fighting with different loyalties. Therefore, a major that lead to Bolshevik victory was Whites inability to gain mass support and not so much Bolshevik control over more people and access to more weapons. ...read more.

Trotsky also used propaganda throughout his leadership in which he kept pointing out that the reds were defenders of the revolution in 1917 through political speeches. This was successful as the 1917 revolution was supported and encouraged by the majority of the Russian population. Trotsky as a result gained more support which kept the momentum going within the Red army. Due to this, it was great leadership from Leon Trotsky and devotion of the Bolsheviks that determined their victory. Therefore, the Bolshevik's control over more people and access over more weapons were only minor reasons as to why the communists saw victory at the end of the civil war. Although the Bolshevik's control over more people and access to more were factors that did contribute to communist victory, there are other factors that overshadow these. For example, the disunity and general mistakes within the White army contributed greatly towards Bolshevik success. However, the most important factor was the leadership of the red army mainly from Leon Trotsky. Without Trotsky, the army would be less devoted and enthusiastic. He made good use of propaganda to gain more support and terror that got the troops in order through the policies like 'war communism' and the use of 'Commissars'. It was Trotsky that enabled the red army to crush the White army and grant communist victory. ...read more.