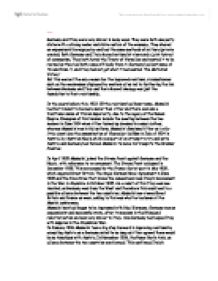 How far was a shared ideology responsible for improved relations between Germany and Italy, during the period, 1936-39?

How far was a shared ideology responsible for improved relations between Germany and Italy, during the period, 1936-39? Germany and Italy were very similar in many ways. They were both one party states with a strong leader and state control of the economy. They shared an expansionist foreign policy and had the same methods of military (private armies). Both Germany and Italy shared nationalist views and a joint hatred of communism. They both hated the Treaty of Versailles and wanted it to be revised as they had both come off badly from it. Germany had lost some of its land from it, and Italy had not got what it had wanted 'The Mutilated Victory' But this was not the only reason for the improved relations, circumstances such as the weaknesses displayed by western allies led to furthering the link between Germany and Italy and their shared ideology was just the foundation to their relationship. In the years before this, 1933-35 the relations had been tense. Mussolini had felt himself to be more senior than Hitler and there was also a traditional sense of Italian superiority, due to the legacy of the Roman Empire. Examples of this tension include the meeting between the two leaders in June 1934 when Hitler turned up dressed in casual clothes, whereas Mussolini was in full uniform. ...read more.

In October 1936 the Lira developed by 40% Germany and Italy got other countries to join with them Italy joined the Anti-Comintern Pact (formed between Germany and Italy, on the 25th November 1936) on the 6th of November 1937. Thereby creating a new Rome-Berlin-Tokyo Axis,. There was a waver in the improving relations in 1938. Hitler had taken over control of the military, after purging his military and foreign office officials. On the 4th of February he announced 'From now on I take over personally the command of the whole armed forces' In March 1938 there was a potential for tension after Germany did not inform Mussolini of her intentions to unite with Austria, breaking the agreement made in January 1936. But Mussolini ignored Scushnigg's called for help, and refused to return it. Hitler thanked Mussolini for this. Although, saying that he would 'never forget' what Mussolini had done in agreeing to this Anschluss. This was a major turnaround from 1934 when Mussolini had sent his own troops to prevent the Anschluss. In 1939, there seemed to be a 'pivotal moment' in that Hitler was becoming the more powerful, dominant of the two men. This was because of the triumphs in Foreign Policy. ...read more.

We see this in Hitler's ability to ignore the terms of the Anti-Comintern pact by forming the Nazi-Soviet Pact in August 1939. Mussolini sent Hitler a letter outlining his worries and queries on 25th August 1939. ' I consider it my implicit duty as a true friend to tell you the whole truth and inform you about the actual situation in advance. Not to do so might have unpleasant consequences for us all. This is my point of view and since within a short time I must summon the highest governmental bodies of the realm, I ask you to let me know yours as well.' Benito Mussolini I can hence conclude that it was not solely a shared ideology that was responsible for the improved relations between Germany and Italy, although this may have been the primary motivation. The weaknesses displayed by the allies, during this period allowed Hitler to take advantage of the situation and led to further relations with Italy. Allies weren't in a position to stop this as neither had alliances or relations with the Germany or Italy as they had been isolated from their western counterparts. It may also be considered a false statement to say that relations where always improved during this time. There were in fact a lot of troubles and grievances between the two countries such as the Pact of Steel. Hitler and Mussolini together on Mussolini's visit to Germany ...read more.