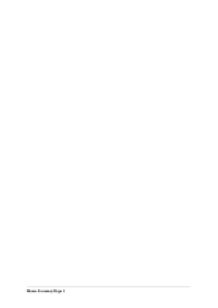 How Successful was Edward Carson in His Defense of Unionism During The Third Home Rule Crisis?

ï»¿________________ Question: Unionism was Edward Carson’s “guiding star”. To what extent did Carson successfully defend Unionism during the third home rule crisis? This piece of work will demonstrate how effective Edward Carson was in his defence of Unionism in Ireland during the third home rule crisis. It will examine events from Carson’s rise to the mantel of Unionism to how the crisis emerged and the resulting events from this and ultimately answering the question of how successful he was. Edward Carson was born into a Dublin upper class family on the 9th February 1854. Educated at Trinity College he was there after called to the Irish bar in 1877 and began a highly lucrative and successful career. His achievements were noticed by Arthur Balfour and in recognising his talents recommended him for the position of Irish Solicitor-General in 1892. He moved his practice to London in 1893 and quickly made a name for himself with his abilities in cross examination and mastery of orating. He soon became head of the English bar and one of his most high profile cases was the trail of Oscar Wilde. At times, Carson was receiving fees in excess of £20,000 for his services, demonstrating the calibre of ruthless lawyer that his reputation afforded him. (Lyons, 1973, p. 299) Caron had famously said that Unionism was “the guiding star of my political life” (Lyons, 1973, p. 300). This asks the question? Why did he believe in the Union and what are the religious, political and economic motives? Carson’s own politics were rather more perplexing than either his detractors or supporters could grasp. Carson had unwavering support for the Union and truly believed that any attempt to introduce home rule in Ireland was a serious threat which he would block. He also accused the Liberal government of corrupt dealings with John Redmond, the leader of the IPP in trying to push through a new home rule bill. ...read more.

It was at this point that Carson stepped in and convinced them to support the amendment, believing that Redmond would not accept the partition of Ireland, and thus using the exclusion as a ?wrecking device? (Rees, 1998, p. 157) for Home Rule all together. On the 27th July 1912, Bonar-Law committed his party to an extreme course. It was at Blenheim Palace where he said that the government was ?a revolutionary committee which has seized upon despotic power by fraud? (Stewart, 1997, p. 57), he further says that Ulstermen ?would be justified in resisting by all means in their power, including force?. If the attempt be made under present conditions I can imagine no length of resistance to which Ulster can go in which I should not be prepared to support them? (Rees, 1998, p. 158) In these speeches Bonar-Law seem to have little regard for attacking the foundations on which British parliamentary democracy stood. He declared that if Home Rule were to be passed; that it would not be binding on the British people and if Ulster were to resist that it would have the whole support of the conservative party. Language such as this had not been heard since the days of the Long Parliament which caught Asquith and Redmond by surprise. Although this may can been seen as a risky tactic by the conservatives, Bonar-Law views the move as serving two fronts; that parliamentary democracy was dependant on the fundamental respect for the desires of the minorities and secondly that the destruction of the House of Lords veto had deprived them of the method in which to compel the government to hold a general election. It was Bonar-Law?s view that the liberals had made a bargain with the nationalists to destroy the Lords, and had hid this fact from the electorate. Conservatives firmly believed that if there were an election called on the issue of Home Rule, they would win. ...read more.

Unionist seen this as a manoeuvre by Asquith was a breach however, with the Home Rule Bill effectively put into limbo and the arguments surrounding it still capable of being resurrected before home rule was actually to come into operation, Unionist politicians soon left the issue aside in the face of more pressing concerns. (Rees, 1998, p. 178) To answer the question; how successful was Edward Carson in his defence of Unionism? Like all matters in history will depend on how you choose to view it. It can be said that Carson?s attitude towards the Union changed and evolved as time passed. As a pragmatist, he eventually realises that he may not, and indeed did not get all he wanted. After all, the demographics of Ireland showed us that Unionists did not deserve what they got. They were tiny minority in an over whelming Catholic country. This demonstrates the determination and the passion that Carson had for what he believed in and the lengths that he was prepared to go to ensure the stability of the Union. Through sheer determination as vision, with what were to seem unsurpassable odds, Edward Carson was able to ensure some form of exclusion for the six northern counties and to stop the Irish Parliamentary Party from realising a thirty-two county devolved government under the crown. To southern Unionists, it can be said that they would have felt that Carson had sold them out. To the northern Unionists, he was saviour. It is with a great deal of irony that when Ireland was portioned some time later he had warned Ulster Unionists not to alienate the Catholic minority by saying "We used to say that we could not trust an Irish parliament in Dublin to do justice to the Protestant minority. Let us take care that that reproach can no longer be made against your parliament, and from the outset let them see that the Catholic minority have nothing to fear from a Protestant majority." History will show us this largely went ignored. ________________ Shane SweeneyPage ...read more.