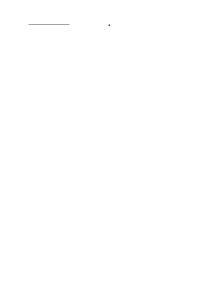 How the Civil War began In August 1642 the Civil War began, it was between Parliament and the King because of many reasons.............. In the 1500's the monarch was definitely in control of the country. But Parliament gradually got more powerful. Charles got off to a very bad start because in 1625 Charles married a French Catholic Princess, Henrietta Maria. This was very unpopular with Parliament because Charles was Protestant and they thought that Charles would try to change the country into Catholics. Also because she was a Foreigner to England. Parliament did not trust Charles's main adviser, Buckingham. But in 1626 Parliament tried to punish Buckingham for bungling a naval expedition against Spain. Charles sent two MP's to prison because of this. Then there was the question of money. When a new King or Queen came to the throne Parliament usually voted to give the monarch the income from Custom's Duties for life. But when Charles came to the throne Parliament voted to grant him the Custom's Duties for only one year. ...read more.

So they did not want the English Prayer Book. The following is part of a letter from Charles to his general in Scotland: " Say what you need to these rebels, your aim now must be to win time so that the crowds cause no damage until I can attack them. I will die rather than yield to these impertinent and awful demands. So Charles was determined to get the Scots to use the English Prayer Book. Even if it meant he have to send an army up there. Charles did fight the Scots but he lost, so he had to call Parliament back again because he needed more money. But then in 1641 the Grand Remonstrance got Parliament very worried, because the voting was very close: - 159 votes to Parliament and 148 to Charles. Charles was very happy now that he had some support behind him. On the 1st of November 1641 news reached London of a rebellion in Ireland. Catholics had risen up against their protestant rulers, rumours spread through London like wildfire - 200,000 Protestant had been murdered. ...read more.

In June Parliament ordered each country to organise an Army. Charles issued the same order. In many places people were being made to choose between the King and Parliament, which was a decision they didn't want to make. By August each side had collected an Army. Then an the 22nd of August Charles raised his Standard at Nottingham. The Civil War had begun. The Civil War began because of a variety of reasons the main reasons were Money because Charles was having to call Parliament more often, because he was getting into loads of Wars. Religion because of the changes in the church, another reason was Charles trying to change the country to Catholic. Power because of the 19 propositions that Parliament made, which didn't go down very well with Charles. So that was another argument. Another reason to do with power was the Grand Remonstrance. I think both Charles and Parliament was to blame. Ok so Charles made a lot of mistakes and didn't stick to the demands that had been set. But Parliament was probably a bit greedy what with making all the demands, and wanting to get called back more so they could get more power. ...read more.