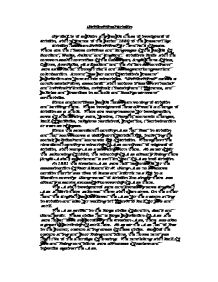 Multicultural Britain My task is to explain why people chose to immigrate to Britain, with reference to the period 1880 to the present day. Britain has been Multicultural for hundreds of years. There are the diverse cultures and languages of the people of Scotland, Wales, Ireland and England. Britain's links with the commonwealth countries of the Caribbean, Anglophone Africa, Cyprus, Australia, New Zealand and the Indian subcontinent were established through trade and subsequent conquest and colonization. Around five per cent of Britain's present population are from ethnic minorities. "Multicultural" can be a controversial term, associated with various ideas about racial and cultural identities, cultural, diversity and difference, and policies and practices in schools and local government authorities. Since ancient times people have been moving to Britain and settling there. These immigrants have all made a change to Britain as a whole. There are many reasons for immigration, some of which being wars, famine, draught, economic changes, lack of facilities, religious restraints, prejudice, discrimination or even as refugees. Since the seventeenth century Jews had lived in Britain and had soon become a vital part of British life, including the social, political and economic life of Britain. Throughout the nineteenth century a minority of Jews continued to migrate to Britain, with many Jews even being born there. However after the welcoming of 1880, the minority of Jews already living there (Anglo-Jewish) experienced a sudden flood of Jews into Britain. In 1881 the Russian Jews were held responsible for the assassination of Tsar Alexander II. Many Jews now became certain that it was time to leave and start a new life in a Western country. Many moved to Britain knowingly there was already a secure successful community of Jews there. The Jewish immigrants were condemned by some English Jews whilst others welcomed them with open arms. On the other hand the English people blamed the Jews for the overcrowding in Britain and also for making it difficult to look for jobs and work. ...read more.

The Aliens Restrictions Act was passed in 1914 which as a result had a huge influence on Jewish immigrants. Zionism was too now weakened whilst prejudice against the Jews increased. Using the powers of 1919 almost all the poor working-class immigrants went to decline. In the 1920s many Jews had now gained a higher position within the British society and were a more prosperous community. Due to this prosperity the Jews now started to move out of the East end of London. As Britain saw the beginning of the Depression years one Labour Politician was Sir Oswald Mosley. He resigned from Labour in 1930 as many of his ideas of how to solve the problem of unemployment were rejected. He set up his own new party in 1931 known as the New Party. Mosley, in 1932 created the British Union Fascists (BUF). Mosley saw the socialists and the communists as a danger. Mosley also enjoyed support from the 'Daily Mirror' owner, Lord Rothermere, through which he made sure that it reported favourably of the BUF. In the beginning the BUF were not anti-Semitic, but later in 1934 the BUF policy changed and now Jewish people were no longer allowed to be members of the BUF. Throughout the year 1934 Jewish people were attacked and provoked. The Jews were all advised not to do anything against the law thus not to be seen as lawbreakers. On 4 October 1936 the BUF planned a march through the East End of London and planned to listen to Mosley speak at intervals. Jewish Trade Unionists and communists arranged a blockade to the march with barricades. As a result the BUF had to abandon the march from the Tower of London to Victoria Park in Hackney. Immediately after the event of Cable Street, support for the BUF grew. However in the long term the BUF were in decline. Mosley's attempts to try and stir up violence towards the Jews were much criticised. ...read more.

In short, there have been both continuities and new developments in the history of immigrant minorities in Britain before and after 1945. Because of the more complete documentation after 1945, we can form a fuller picture of the contemporary situation. However, we can make the following assertions for the whole course of the nineteenth and twentieth centuries. First, Britain has witnessed for a complex of reasons, the constant entry of a wide variety of immigrants, who have played an important role in the development of the economy. Second, these groups have varied in size, social composition, and gender make-up, but they are part of British capitalist class society, not distinct from it. Finally, ethnicity has developed to a great extent, especially amongst larger minorities. However, as a different view, in conclusion, I also say that social scientists have found it very difficult to explain one of the most popular methods of explanation is to use a 'push - pull' model which distinguishes between the 'push' of economic necessity in the migrants home society and the 'pull' of opportunity from abroad. The difficulty with this approach is that it obscures the inherent complexity of population movements and, as some critics have pointed out, it often treats the subjects as if they were automatons reacting to forces beyond their control. Ceri Peach, in his study of West Indian migration to Britain (1968), warns against relying too much on 'push' determinism. The movements he describes did not take place during periods of economic depression in the Caribbean and they were not correlated to high rates of population growth. Peach concludes that there is 'strong evidence for the view that (West Indian) migration was reacting not to internal conditions, but to a sing external stimulus' - namely the demand for labour in Britain (1968:93). This conclusion might be satisfactory if one wishes to leave the analysis of the highest levels of abstraction, but the migrants themselves rarely accept generalisations of this nature. Furthermore, other Historians have clearly demonstrated that it is impossible to categorise all of the relevant factors as either 'push' or 'pull'. ...read more.