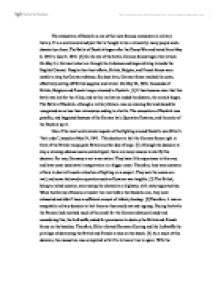 The battle of dunkirk

The evacuation of Dunkirk is one of the most famous maneuvers in military history. It is a controversial subject that is thought to be a miracle by many people and a disaster by others. The Battle of Dunkirk began after the Phony War and lasted from May 9, 1940 to June 3, 1940. [6] On the eve of the battle, German forces began their attack. On May 14, German tanks tore through the Ardennes and began driving towards the English Channel. Despite their best efforts, British, Belgian, and French forces were unable to stop the German advance. Six days later, German forces reached the coast, effectively cutting off British supplies and retreat. On May 26, 1940, thousands of British, Belgium and French troops retreated to Dunkirk. [1] It then became clear that this battle was lost for the Allies, and as this realization ended the disaster, the miracle began. The Battle of Dunkirk, although a military failure, was an amazing feat and should be recognized as no less then miraculous ending to a battle. The evacuation of Dunkirk was possible, and happened because of the German halt, Operation Dynamo, and the unity of the Dunkirk spirit. ...read more.

He called for as many naval vessels as possible as well as every ship capable of carrying 1,000 men within reach. It initially was intended to recover around 45,000 men of the British Expeditionary Force over two days. Before commencing, Ramsay anticipated the shallow water of the English Channel and on May 27 a request was placed to civilians to provide all shallow draught vessels of 30 to 100 feet for the operation, that night was the first rescue attempt. A large number of craft including fishing boats and recreational vessels, together with Merchant Marine and Royal Navy vessels were gathered at Sheerness and sent to Dunkirk and the surrounding beaches to recover Allied troops. Due to heavy German fire only 8,000 soldiers were recovered in this first rescue attempt. Operations during May 28 were more successful, with another 16,000 men recovered; however, German air operations increased and many vessels were sunk or badly damaged, including nine destroyers. On May 29 the German halt was ordered, but due to unidentified problems only 14,000 men were evacuated that day. On the evening of May 30 another major group of smaller vessels was sent out and returned with around 30,000 men. ...read more.

The Battle of Dunkirk is after referred to as a military failure, but when thought of in terms of history, our present and future would not be the same without its impact. While awaiting their fate on the beaches of Dunkirk, the Allied troops were given more time for hope because of the German halt. Casualties at Dunkirk were lower then expected from a military defeat because of the evacuation of over 300 000 soldiers through Operation Dynamo. [4] Operation Dynamo was such a success due to all the support at home, and a miraculous helping hand that coincidently masked the ships of Operation Dynamo under a fog to help save the lives of many brave soldiers. Regarding this miracle, Winston Churchill commented, "Never in the field of human conflict was so much owed by so many to so few." [9] This statement could not sum up the gratitude towards the people of Operation Dynamo better. Together anything is possible, and this miraculous event in world history is no exception. As part of the Allies we should not feel shame for losing the battle of Dunkirk, but feel proud that our nations, when put together can achieve things possible beyond the mind's thoughts. ...read more.