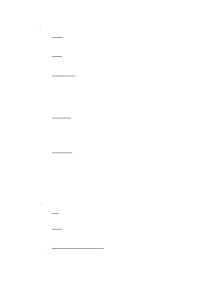 The First World War - Explain how the Schieffen Plan was mean to work.

The First World War Explain how the Schieffen Plan was mean to work. Before 1914, nationalism and rivalry over colonies and trade led to increasing tension and an arms race between the main countries of Europe. This led to two opposing alliances being formed in 1882 - the Triple Entente (Allies - Great Britain, France and Russia), and the Triple Alliance (Central Powers - Germany, Italy and Austria-Hungary). Each member of the alliances promised to help its allies if a country belonging to the other alliance attacked them. Britain wasn't the only country expecting war. Each European power had its own plans. Many of their peoples also expected war. The final steps to war were triggered by the assassination by Serb nationalists (in particular a young student, Gavrilo Princip) of Franz Ferdinand, the Archduke of Austria - heir to the Austrian throne, in Sarajevo, Bosnia, in June 1914. This set a chain reaction throughout Europe. Anti-German feeling had become common in Britain for some time. The Germans were seen as 'the enemy'. Although there was a big protest against war a week before it broke out, once Germany invaded Belgium on the 3rd of August many ordinary people felt that declaring war on Germany was the right thing to do. This was seen as a heroic war against 'the German aggressor'. Anti-war feeling disappeared almost overnight and was replaced by strong patriotism. Throughout Britain (and all over Europe) women cheered as husbands and sons went off to fight in Northern France. The British government warned that the War might be a terrible one, and recruitment posters asked men to sign up 'for three years, or as long as the war lasts'. But the popular feeling was 'It will all be over by Christmas', and queues outside army recruitment offices were enormous. One soldier remembered his rush to join the army: 'Our one great fear was that the War would be over before we got there.' ...read more.

Behind the frontline trenches (from which attacks were made) were support trenches and, behind them, reserve trenches. Communications trenches connected these three types of trenches. German trenches tended to be better constructed and so gave better protection from artillery barrages. Conditions in the trenches soon became dreadful as the heavy shelling destroyed drainage systems. Soldiers on the Western Front went through an enormous range of experiences, from extreme boredom to appalling stress of an enemy bombardment or attack. Millions of men and thousands of horses were close together. Sanitation arrangements were makeshift. In summer the smell of trenches was appalling owing to a combination of rotting corpses, sewage and unwashed soldiers. The soldiers were also infested with lice or 'chats' as they liked to call them. The weather had a marked effect on the soldiers' lives. In summer the trenches were hot, dusty and smelly. In the wet weather soldiers spent much of their time up to their ankle or knees in water. Many thousands suffered from 'trench foot', caused by standing in water for hours or days. In winter the trenches offered little protection from the cold. Many got frostbite. For much of the time shells were falling, so working, sleeping or eating soldiers had to live with the fear of being killed by an exploding shell. Despite the constant dangers of trench life, the daytime was mostly very boring as an attack was always most likely to happen at night, when sentries had to keep a careful watch while others repaired defences or barbed wire, or carried out scouting and spying missions. In the day however, some soldiers tried to sleep. Others just sat around reading, ore smoking or playing cars. There were also routine jobs to do such as filling sandbags, cleaning latrines and fetching supplies. Breaking the stalemate The tank was a British invention. Early in the war inventors took the idea to the army leaders but it was rejected as impractical. ...read more.

For instance take the tank: The Germans were amazed. But there were not enough tanks to have a big effect; they were unreliable, and they only travelled at around ten kilometres per hour in any case. Worse of all, the great secret weapon was no longer a secret. Anti-tank ditches defended German positions from then on, and armour-piercing bullets were developed to go through the tank to the crew inside. Despite all this, there were not enough infantry to follow up and this gave the Germans time to recover and fight back. Sixty-five tanks were destroyed by enemy shellfire and then as the battle went on, over 100 ran out of petrol and were marooned in enemy territory. Having spent all day in their cramped compartments with gun smoke and petrol fumes, the crews were exhausted. Many of them died trying to get back to their own lines. The USA entry into the way did have a big effect in breaking the stalemate, as it was one of the reasons Germans had to act quickly. However it was the Blockading of the German Ports and the Ludendorff offensive which were most important. The blockading was upsetting the people of Germany because of the rationing and in some cases starvations; while the Ludendroff offensive worked for a time, until other things broke down. There were not enough German troops and they were exhausted! With the help of some new technology, the Allies were putting a lot of strain on the German army. By the beginning of November, all of Germany's allies - Austria, Turkey and Bulgaria - had surrendered. In the northern ports, German sailors mutinied and in Berlin crowds marched through the streets demanding an end to the War. There were food riots and strikes in other German cities. The Kaiser unable to take the mounting pressure, fled to Holland. A new German government formed and immediately asked for a ceasefire. At the eleventh day of the eleventh month of 1918 an armistice was signed. All fighting stopped. The Germans had surrendered. Laura Booth ...read more.