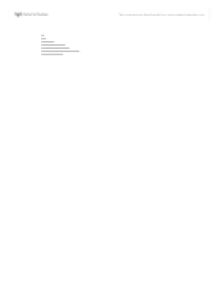 'The government of the Nazi state was chaotic and lacked coherence in the years 1933 to 1939' How far do you agree with this opinion? Explain your answer, using the evidence of Sources V, W and X and your own knowledge of the issues related to this controversy. Sources W and X agree with this suggestion as the Nazi state was extremely chaotic there was 'no fundamental disagreement over the fact that the government of Nazi Germany was chaotic', Source V differs from this thought as it suggests that the characteristics of Nazism does not define chaotic nature, however what it does consent to is the idea portrayed in all three sources that the Nazi state lacked coherence and consistency, and this therefore could explain why people saw and believed the Nazi state to be chaotic. Source V suggests that the government was characterised with 'incoherence' suggesting that it lacked consistency, this is further reflected in Source X whereby it states that there was a 'lack of coordination' in the third Reich. ...read more.

any modern governmental system' suggesting that all government are chaotic, however they were not to the extremes they were in Nazi Germany. Source X then implies that there was a 'lack of coordination in the internal administration' The third Reich was 'conflicting' and 'contradictory' and these existed to such 'an extreme degree' that when evaluating the 'spheres of authority' the Nazi state can be labelled as 'chaotic'. Mommsen and Broszat further stress that the power structures in the Nazi State evolved and changed partly because of poorly defined roles of both agencies and individuals within the Nazi State; for example in the economic sphere. Yet, this contradicts Source V, whereby it states that it does not explain the chaotic nature of the Nazi state 'characteristic of Nazism also typifies many other government, then this alone can hardly explain a regime rare of destructiveness'. Structuralist historians have certainly succeeded in highlighting a lack of planning and organisation on Hitler's part they proposed that Hitler had very little to do with the day to day running of the Nazi State. ...read more.