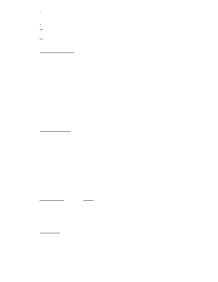 Assignment 2 Question 2 The organisation of the League of Nations was seen as a reason for its failure to maintain peace. How far was the organisation of the United Nations more likely to succeed in keeping world peace after 1945? The League of Nations existed from 1920 to 1946. Former President Woodrow Wilson wanted something that would involve everyone internationally to promote peace. His idea formed the basis of the Covenant of the League of Nations, which were the twenty-six articles that operated as the rules of the League. It consisted of an Assembly, a Council and a Secretariat. The Assembly only met once a year it was composed of three representatives for each member state and each state no matter how big it was had one vote. The Council met at least three times a year was made up of the four great powers which were Britain, France, Italy and Japan. There duty was to cope with emergencies and the decisions that they made were unanimous, they also dealt with the reduction of armaments and political disputes. ...read more.

The Trusteeship Council was responsible for supervising territories under United Nations control. The Economic and Social Council dealt with overseas disputes relating to health and education, they also supervised the United Nations special agencies. When the United Nations formed they made sure that they'd learnt from their previous mistakes. The General Assembly meets regularly in a year rather than once a year. They introduced the power of Veto as a safeguard, to allow decisions to be overruled. This was on Russia's behalf because they felt out -numbered because they were the only permanent Communist country. They built and maintained positive and friendly relations internationally based upon equal rights and self-determination of peoples. They made it so that when voting only a majority is needed not two thirds. They made sure that they had more Councils which specialised in different problems and areas. There were many changes although some things stayed the same for example the International Court of Justice and the International Labour Organisation. The United Nations did have some problems to face. The deteriorating relationship between the two major powers was a conundrum for the United Nations and to make things worse, they were both permanent members. ...read more.

There are even more disputes which the United Nations have dealt with, for example the break-up of Yugoslavia. United Nation troops infiltrated Yugoslavia and ordered a ceasefire in January 1992. The Balkans has been corrupted for a long time, mainly because there is a mixture of nationalities, cultures and religion. United Nation Troops have battled and are still there to this day. The Gulf War involved twenty eight nations led by America against Iraq. In 1990 Iraq invaded Kuwait and the Security Council commanded Iraq to withdraw. In 1991 Iraq failed to withdraw so 500,000 allied naval, ground and air force troops set about liberating Kuwait. When April 1991 came about the war was over. To conclude we have seen the work of the United Nations and they are substantially more successful than the League of Nations as proved because they are still working today. The United Nations has grown from strength to strength and the Cold War ending in 1989 has meant better affiliations. From here the United Nations can go on to try and achieve peace. Capitalists and Communists are now working side by side, together; the aspiration of World Peace may become a reality. Carol Goodman ...read more.