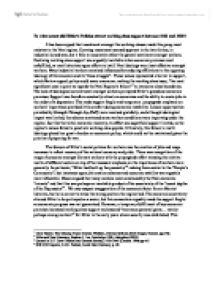 To what extent did Hitlers Policies attract working class support between 1933 and 1939?

To what extent did Hitler's Policies attract working class support between 1933 and 1939? It has been argued that resentment amongst the working classes made this group most resistant to the Nazi regime. Growing resentment seemed apparent in the late thirties, in industrial slowdowns, but it fails to accurately reflect the general sentiment amongst workers. Declining working class support was arguably inevitable when economic promises went unfulfilled, as most historians agree efforts to instill Nazi ideology were least effective amongst workers. Many industrial workers remained influenced by enduring affiliations to the opposing ideology of Communism and its "class struggle". These values represented a barrier to support, which Bartov argued policy could never overcome: making the working class issue, "the most significant case in point as regards the Nazi Regime's failure"1 to overcome class boundaries. The lack of ideological commitment amongst workers prompted Hitler's grandiose economic promises. Support was therefore constantly reliant on economics and the ability to create jobs in the midst of a depression. This made support fragile and temporary: propaganda emphasis on workers' importance provided little comfort during economic instability. Leisure opportunities provided by Strength Through Joy (KdF) were received gratefully, and although ideological impact was limited, the scheme convinced some workers conditions were improving under the regime. Just like the initial economic recovery, its effect was superficial support limited, as the regime's values failed to penetrate working class psyche. ...read more.

of class struggle, the opportunity of middle class leisure activities alone was enough to convince of a concerted effort to improve conditions and this SOPADE account reflects resignation to attraction of superficial policies for less ideologically opposed workers. SOPADE reports are fascinating due to the variety of opinion which was obtained by their national investigations. One report claimed workers felt "sand [was] being thrown in their eyes"19. This could imply KdF was largely unpopular, or that while its propagandist intentions were too apparent, its benefits and emphasis on workers' livelihood encouraged greater sympathy with the regime. Ultimately these reports reflect despair that by 1939 social policy had increased workers' support: overpowering negative reaction to reduced freedoms. Popularity seems validated by participating numbers: almost 7million short trips in 193820, but ideological infiltration is inherently unquantifiable. Enjoyment of holidays provided only a temporary morale boost and could not affect significant changes in political disposition, in the long term. On top of this generality, the older industrial workers were too "deeply imbued with Marxist ideas of class conflict to yield directly to its appeal"21, which confirms Evans' judgment that superficial social policy would inevitably fail in its wider propaganda function. This imbalance in political sentiment actually led KdF to accentuate class differences amongst workers and the nation as a whole. SOPADE observed middle classes chosing trips with "a more select clientele"22, which clarifies existing prejudices and the lack of integration which arguably represented failure. ...read more.