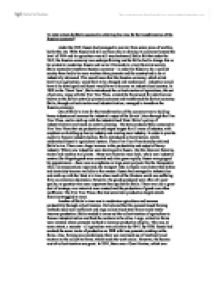 To what extent did Stalin succeed in achieving his aims for the transformation of the Russian economy?

To what extent did Stalin succeed in achieving his aims for the transformation of the Russian economy? Under the NEP, Russia had managed to recover from seven years of warfare, but by the late 1920s Russia had still not been able to develop its economy beyond the level of 1914 and its agriculture was still very backward. Stalin felt that under the NEP, the Russian economy was underperforming and he felt he had to change this as he wanted to modernise Russia and move it forwards to a truly Socialist society. Stalin wanted to transform Russian economy - in order for Russia to be a socialist society there had to be more workers than peasants and the country had to be at industrially advanced. This would mean that the Russian economy, which relied heavily on agriculture, would have to be changed and modernised - industries would have to be developed and Russia would have to become an industrialised country. In 1929 in the 'Great Turn', Stalin introduced the collectivisation of agriculture; this set of policies, along with the Five Year Plans, created the framework for what became known as the Soviet centrally planned economy and transformed the Soviet economy. ...read more.

Russia had managed to industrialise and catch up with the West at a time when much of the Western world was suffering from an economic depression. However, the goods produced were often of a poor quality, as quantity was more important than quality for Stalin. There was also a great deal of wastage, raw materials were wasted and the production of goods was often inefficient. The Five Year Plans often had unrealistic production targets which factories struggled to meet. Another of Stalin's aims was to modernise agriculture and increase productivity through collectivisation. He believed that the peasant-based farming methods used were inefficient and large collectivised state farms would vastly increase production. Stalin needed to carry out the collectivisation of agriculture to finance industrialisation and feed the workers in the cities. Large, collective farms were created, where peasants worked to increase production of grain. This was, to some extent, a success - all agriculture was collective by 1941. By 1939, Russia had reached the same levels of production as 1928 with less peasants working on the farms. Also, farming was modernised, there was increased use of machinery and tractors on the collective farms, which made the work easier. ...read more.

Stalin also aimed to get rid of the last vestiges of Capitalism - this would mean getting rid of the NEP and replacing it with central planning. However, the Russian economy did not become truly Socialist. Wage differentials and bonuses created a privileged class among the workers. The working and living conditions for Russians were still very poor. The system relied heavily on force, in order for the transformation of the Soviet economy to take place. In conclusion, Stalin did partly succeed in achieving his aims for the transformation of the Russian economy. Stalin managed to industrialise and modernise Russia, many new key industries developed and Russia no longer relied solely on agriculture for its economy. The new, collective farms were more efficient than the old farms, the same amounts were produced with less peasants. By the 1940s, there were more workers than peasants and, generally, Russia was a more Socialist society. However, there were limits on this - there was still a small privileged class, and working and living conditions in the Soviet Union were poor. Also, the transformation of the Soviet economy came at a human cost, and many people died as a result of the Great Famine and dangerous working conditions in factories. ...read more.