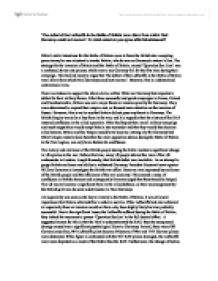 To what extent was the defeat of the Luftwaffe in the Battle of Britain a blow from which Nazi Germany could not recover?

Furthermore, the change of tactics to the Blitz allowed the Commander of RAF Fighter Command, Dowding, to recoup and make good use of the excellent British production: therefore quickly rebuilding the RAF. In contrast, it was not until 1944 that production levels in German aircraft reached required output levels. This undoubtedly hampered the Luftwaffe strength subsequent to this stage in the war. Consequently, the failure of future German military campaigns can be attributed to the Luftwaffe defeat in the Battle of Britain, which had destroyed much of the essential air force. Not only had the success of the RAF proved that the Nazi's could be defeated, therefore damaging German morale, it also severely weakened the physical strength of the German air force. Losses of aircraft and experienced aircrew meant that campaigns such as the attempt to take over North Africa and the Suez Canal was not as successful as it may have been had the Luftwaffe at been at full force. However, it may be dangerous to over-emphasise the impact of the failure of the Battle of Britain on the overall Nazi strategy. Not only was Britain a small priority for Hitler, the Luftwaffe continued to launch attacks on Britain in 'The Blitz'. This can be seen as a particular success for Germany with an estimated 30,000 casualties and three and a half million British homes destroyed. ...read more.

There is evidence to suggest that the failure of Germans on the Russian Front had a much larger impact on the final outcome of the war. With 9 out of 10 German servicemen killed on the Eastern front, it can be argued that it was the Russians who succeeded in determining the outcome of the war. In conclusion, there is argument that other factors were more important in determining the ultimate outcome of the war. The eventual allies of the Russian and US armies were more significant than British forces in winning the war. However, at the time, Britain was the only opponent against the Germans and the RAF success was extremely significant in restoring confidence in the Allied nations, not only in other countries but also in the British people. With German aircraft outnumbering the British one to two and the strength of the vastly experienced Luftwaffe pilots, it is arguable that Germany should have defeated Britain. It is in this sense that it can be argued that the Battle of Britain was a loss from which the Luftwaffe never recovered; there had been the first defeat of Hitler's military forces, the 'few' had managed to overcome the might of the Luftwaffe. This was an embarrassing, damaging and unexpected loss which the Luftwaffe was not able to recover from or forget. Rebecca Titus-Cobb ...read more.