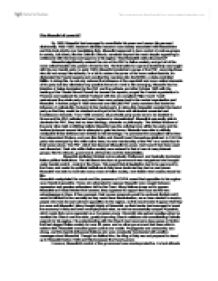 Was Mussolini all-powerful? By 1929, Mussolini had managed to consolidate his power and secure his personal dictatorship. After 1922, fascism's direction became more closely associated with Mussolinism and this took priority over fascistising Italy. Mussolini appeared to have control of various groups in society, but others, like the Catholic Church, remained beyond his reach despite appearing to collaborate with the Duce and approve of his regime. Was Mussolini really all powerful? Mussolini significantly reduced the role of the PNF in Italian society, and got rid of the more radical fascists who posed a threat to him. His first battle for supreme leadership was fought with his own fascist party. In early 1923, Mussolini conducted a purge of the PNF, removing those who did not accept his authority. In a bid to reduce the power of the more radical fascists, he disbanded the Fascist squads and recruited the members into the MVSN, a state-controlled Militia. In doing this, he not only reduced the influence of the squadristi and more radical elements of his party but also eliminated any possible threat of a rival to him emerging. ...read more.

Mussolini abolished Cabinet and eventually Parliament, and basically dominated Italian political institutions. The old liberal structure of government was reorganised and brought under fascist control - control of the Duce. This meant that all legislation had to be approved by the Duce, and made the political institutions in Italy lame ducks as they had no real power. Mussolini was able to dominate many areas of Italian society, and dictate what society should be like. Mussolini manipulated the courts and the presence of OVRA meant that opposition to his regime was virtually impossible. Those who attempted to oppose Mussolini were caught between repression and genuine enthusiasm felt for the Duce. Many Italians chose not to oppose Mussolini as it would hinder their careers; they appeared to support the Duce as this was advantageous to them. If they opposed, their career prospects would be seriously limited and it would be difficult to live normally as they would face discrimination, as no boss wanted to employ people who had showed outward oppostition to the regime, as this would make it appear that they too were anti-Mussolini. ...read more.

Though they did have an alliance of interests which gave Mussolini considerable freedom of action for some time. The delicate balance of the relationships between the state and these institutions could easily be disrupted. If it was disrupted, Mussolini would be expose and the shallow roots of his dominance would be revealed, as happened in the late 1930s. Mussolini's regime also carried huge expectations. Any inability of Mussolini to satisfy these expectations he had raised would cause opposition to his regime. In conclusion, though it did appear that Mussolini controlled all areas of Italian society, he was not all-powerful. The appearance of Mussolini's regime as totalitarian is a misconception, as is revealed by the underlying realities of his rule. The all-seeing and energetic Duce who lived for his country, was actually fast asleep while the lights in his study burned deep into the night as a public display of his ferocious will. The apparent power of the dictator rested on the appearance and impression of control over Italian society, a lie which would be exposed when disappointment and disaster that hit Italy in the late 1930s would expose the inadequacies of his ideology and his personal rule. Mussolini appeared to be all-powerful, but this was not the reality. ...read more.