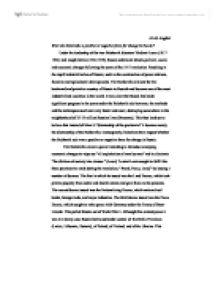 Were the Bolsheviks a positive or negative force for change in Russia?

IB HL English Were the Bolsheviks a positive or negative force for change in Russia? Under the leadership of the two Bolshevik dictators Vladimir Lenin (1917-1924) and Joseph Stalin (1924-1939), Russia underwent drastic political, social, and economic changes following the years of the 1917 revolution. Resulting in the rapid industrialization of Russia, such as the construction of power stations, factories and agricultural developments. The Bolsheviks allowed for the backward and primitive country of Russia to flourish and become one of the most industrialized countries in the world. It was clear that Russia had made significant progress in the years under the Bolshevik rule however, the methods and the techniques used were very brutal and cruel, destroying somewhere in the neighborhood of 25-35 million Russian lives (Brooman). This thus leads us to believe that instead of Marx's "dictatorship of the proletariat" it became merely the dictatorship of the Bolsheviks. Consequently, historians have argued whether the Bolshevik rule was a positive or negative force for change in Russia. The Bolsheviks came to power intending to introduce sweeping economic changes to wipe out "all exploitation of man by man" and to eliminate "the division of society into classes." (Lowe) To start Lenin sought to fulfill the three promises he made during the revolution," Bread, Peace, Land," by issuing a number of decrees. The first in which he issued was the Land Decree, which took private property from noble and church estates and gave them to the peasants. The second decree issued was the Nationalizing Decree, which nationalized banks, foreign trade, and major industries. The third decree issued was the Peace Decree, which sought to make peace with Germany under the Treaty of Brest-Litovsk. ...read more.

In 1922 the Labor law was introduced which made eight hours work days, two weeks paid vacation, social insurance benefits (pay on sick day), and unemployment and old-age pensions (Lee). However in spite of all this unemployment was still on the rise and in 1924 unemployment was still 8.5 million. Education was also offered however, history and ancient languages were abolished, and sciences encouraged (Howarth). Even though the Bolsheviks were able to hold onto power through the civil war, revolts, and famine, in 1924 Lenin died and the Bolsheviks were left without a leader. Everyone thought that the intelligent and notorious Trotsky, hero of the Bolshevik Revolution, would come to power, however, too much amazement this was not the case. The meticulous planning of the skillful politician Joseph Stalin, allowed him to come to power and become the new leader of the Bolshevik party. Improving Russia immensely through industrialization, increasing productivity and transforming Russia into one of the most powerful industrial nations in the world. However, although Stalin created great advances in the Russian economy, he still managed to cause the death of somewhere in the neighborhood of 25-35 million Russians. (Howarth) The Russian economy was still very low despite the NEP's progress, and therefore Stalin got rid of it and focused most of his energy on making the economy work because according to him: We [Russia] are fifty or a hundred years behind the advanced countries. We must make good this lag in ten years. Either we do it or they crush us. (Watson) However, Stalin encountered some problems in doing this. ...read more.

The men held responsible for his death was Kamenev and Zinoviev, even though historians speculate that Stalin ordered Kirov's death. This was not the end of Stalin's purges and essentially no one was safe. This became known as the Great Terror and anyone suspected of opposing the government was arrested and sent to the gulags. Stalin started to purge old Bolshevik heroes, generals in the military, kulaks, and anyone else suspected of opposing the government. Of the 139 members and candidates of the Party's Central Committee who were elected at the 17th Congress, 98 persons, i.e. 70%, were arrested and shot...Of 1,966 delegates...1,108 persons were arrested on charges of counter-revolutionary crimes, i.e. decidedly more than half. (Howarth) Over all the NKVD executed 300,00 people and sent 7 million people to the gulags, who died from harsh conditions. However, no matter how ruthless Stalin was he did bring about great reforms to the people. Along with the increased industrialization that allowed them to compete with the rest of the world, Stalin also introduced education. In 1934 school became mandatory and the literacy rate increased 20% and higher learning was also available (Watson). Medical facilities became more available, allowing everyone to have access. Everyone was allowed to vote even though the polls were fixed. Workers received pensions, welfare, and trade unions were established. In Conclusion it is quite obvious that the Bolsheviks in power led to the significant advancement of Russia. Industrializing the country to such a great extent that the Bolsheviks and Russia were able to survive WWII. However, the Bolsheviks did cause the death of millions and millions of Russians, which could have been avoided. Although it was necessary for reform in Russia, the extent of brutality by both leaders was immense. ...read more.