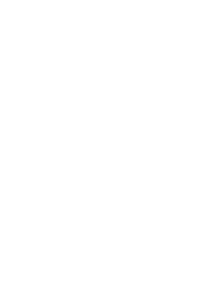 Introduction World War Two broke out on the 3rd September 1939, when Nazi Germany invaded Poland. Every single person in Britain was affected by this outbreak - regardless of class or gender. Lives were changed dramatically; families were ripped apart by the enforcement of conscription and evacuation; businesses collapsed by the introduction of rationing and the destruction left behind by the Blitz. Superficially, the war was not a positive experience, but setting aside all the bloodshed, it subconsciously brought together the people of Britain in a burgeoning of patriotism, culminating in the Home Front becoming one firmly rooted in nationalism. Men's Roles Conscription was introduced in May 1939 and all eligible men were forced to join the armed forces. Conscientious objection, an offence punishable by imprisonment in World War One, was recognised in WW2 as a legitimate moral stand. Objectors had two choices; to go into the military but serve in non-combat duties, or to do alternative services such as ambulance driving. The Home Guard was a collection of men, either too old, too young or too unfit to join the Army or the Navy. Men who played important roles in society, e.g. medics, could also join as they were excluded from conscription. Within two hours of the Home Guard beginning, 250,000 males joined and at its peak. 1 1/2 million were members! They were trained as soldiers in case of an invasion. 'I joined the Home Guard in 1944' claims Shadrak Taylor, a war veteran, 'and we would work non-stop from 6.30am to 5.00pm'. This source does not give us that much information about the Home Guard, and even though one man may have worked these long hours, he may have been in the minority. ...read more.

The source is a primary one and therefore more trustworthy than a secondary source as it was produced on the same day as the announcement. Child evacuees waving goodbye from their train, 1940 'Carrie's War' was a book centred on the difficulties and deprivations of evacuees, written by the author Nina Bawden in 1993. It provides us with lots of insights into the lives of children who have been evacuated, such as 'insert quote here'. It is useful to people with a curiosity concerning wartime evacuation as the book captures the children's feelings perfectly and the story is plausible, but to a historian it has no reliability because it is a secondary source and, although it is based on fact, is a fictional tale. The fact that it was written so long after WW2 implies that even if the author researched her work, we do not know to what extent, nor whether she used primary or secondary sources. The author could be biased due to one particular story regarding evacuation, and the fact that the book is so evocative and moving suggests some degree of sensationalism. Air Raids ARP (Air Raid Precautions) preparations began in 1938, before the outbreak of war, so that British civilians would be ready for any eventuality. Liddell Hart, advisor to the British Government during the war, had made public his predictions concerning German bombers during early 1939: 'nearly a quarter of a million casualties from air raids might be anticipated in the first week of a new war'. Air Raid Wardens were mostly part-time volunteers; money was not needed as an incentive to join as the war-effort was motivation itself. ...read more.

Heavy bombing steadily obliterated much of this part of London. When the King and Queen visited the East End they were booed; the West End and Central London, where Buckingham Palace is located, had not received much damage. When the West End was badly bombed, Queen Elizabeth said: 'I'm glad we've been bombed - it makes me feel I can look the East End in the eye'. Women's Roles Then Women's Land Army formed in the First World War and continued its efforts in WW2. By 1944, it was 80,000 strong and the 'Grow Your Own' campaign largely contributed to Britain's food supplies, especially vegetables. The 'Dig for Victory' slogan became an incredibly popular catchphrase, due to conscription 100,000 farm workers were no longer producing food and women compensated for this loss with their Land Army. Other services that women could enrol in included the WAAF (Women's Auxiliary Air Force) & the WRNS (Women's Royal Naval Service). Women welders at work during the Second World War Women also went to work in heavy industries such as chemicals, engineering, steel and munitions. They made tanks, guns, shells and aircraft, doing the jobs of men who had been forced to go to war. Conclusion By collating all my evidence and looking at it objectively as I have done in this project, I can conclude that every single person in Britain was affected by WW2 in some way to some extent, regardless of creed or class. The experience of war was both positive and negative, uniting British people by a common goal: to triumph over the evil of Nazi Germany. Many innocent lives were lost; their heroic deeds will be forever commemorated. ...read more.