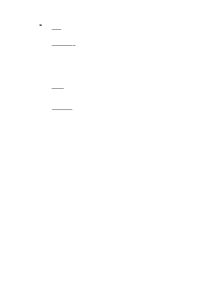 Writing from the point of view of a Vietnamese soldier.

Writing from the point of view of a Vietnamese soldier: My name is Vandoc. As a boy, I never realised what hell would befall me, as a man in his 20s. The French had gone, we were free, or so we thought. My call-up papers had arrived whilst I was working as a rickshaw boy. I exchanged my paddy shoes and coolie hat for army denims. We could not lose, as the Americans were here to help us. I was stationed 150 km outside Saigon on the plains of Dien Bien Phu, on the site of an earlier military battle. Our underground trenches or tunnels stretched 4 miles. These surely were safe. How mistaken we were. The Vietcong, or Communists from the North, would creep in under the barbed wire and without hesitation, strangle us, on guard duty with cheese wire. This perhaps was the quickest form of death. Many of my friends were kidnapped from the camp, and ended up being left to rot tied to trees with bamboo shoots stuck under their nails and out of their rectum. These, having been set alight so that the Vietcong could gain information from them. ...read more.

Yet, thinking about it now, I just wish that the war never happened, and as time passed, I began to hate fighting in it. I was tired of killing, of raping, and destroying the lives of innocent people, in most cases. I feel very guilty for everything that I had done during that war, and I regret it very much. One of the most haunting parts of the war was the My Lai massacre. The quiet is what seemed most unsettling to me. The villages of central Vietnam known collectively as My Lai have been stamped by history as places of horrific acts of war. More than 500 Vietnamese people, most of whom were women and children, were slaughtered here by our people, on March 16th 1968. We ordered them out of their homes, lined them up in ditches, and shot them. I still cannot forget how guilt rushed through me at that moment. I hated it, every bit of it. Yet, it was our duty. We also tossed hand grenades into their bunkers and torched their thatched huts. Sometimes even now, I wonder what was the point of even going to fight in Vietnam and of what business the war was to America. ...read more.

I realized the Americans were coming at us, because I could hear English being spoken, and peered out the bunker to see the rucksacks of American GIs. Some of the villagers ran outside, including my younger sister, and they were all gunned down. I could almost feel my 12-year-old sister's pain. Her face burns immortal in my mind until this very day, and I will never forget what had happened that morning. We all yelled out to the Americans: "No V.C.! No V.C.!", although I felt it was somehow too late, because my sister had already been killed, but the merciless creatures kept moving closer to us. I then saw a grenade tossed inside and crawled toward the back of the bunker. When it exploded, I was knocked unconscious and the shelter collapsed around me. Until now, I do not know how I was rescued, but I feel very lucky to be alive today. The Vietnam War is the something which mentally affected me tremendously. Every time I think of it, or of my family who were killed in it, or were raped in front of my eyes, I get a terrible shock, and it haunts me right from the start. I want to forget, to runaway, but it follows me like my shadow. I hate it. ...read more.