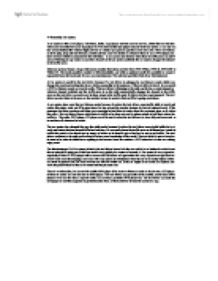 -1-Personally: Car system A car system is like a CD player, Television, Radio, Tape player and lots more in one box, which fits in to the slot where you normally have your tape player in. You take out the tape player and put in the car system. A car system has several buttons like volume high and low or a button you press to get the screen out a slot. There are buttons on it for play, stop and fast forward, rewind and lots more it is similar to whatever there is on a DVD player you have at home which is connected to the television. A car system also detects when there is traffic news on and if you are listening to any music or any other channel on the car system suddenly the car system changes the channel to the traffic news. Most car systems feature a large wide screen monitor that shows movies from DVD-Video, DVD-R, DVD-RW or Video CD. The touch-sensitive monitor is fully detachable, and with an optional cradle it is possible to mount it separately forms the head unit, for rear-seat entertainment. The unit also provides Dual-Zone Entertainment. A Car system is useful to the taxi driver because if a taxi driver is unhappy he can listen to music which can change his mood and making him have a better personality to the customer. If the taxi driver is bored he can watch a DVD or listen to music or even the radio. If the taxi driver is listening to the radio and he has a music channel or whatever channel switched and the traffic news is on the radio automatically changes the channel to the traffic news so the taxi driver can make sure he does not go in the traffic route for him to be late or get annoyed. The taxi driver can also listen to the news or the weather in case he needs to find out if he is going somewhere. ...read more.

The taxi driver does not need to go to a telephone box every time he wants to phone his customer saying he is going to be late or any other thing he can just use his portable mobile phone. The mobile phone has changed the way the taxi driver works because he does not need to use a calculator to work out how much change he needs to give, instead he can use the calculator on his mobile which is very easy to work with. The taxi driver can also check his email from the Internet on his mobile when he has nothing to do. The taxi drivers mobile also shows the news or even the weather so that is handy for him if he is free he can just watch or listen to the news and the weather. If the taxi driver has had an accident he can take pictures of his accident, this makes the insurance company pay him his claim much quicker. The disadvantage of using a mobile phone socially is that a mobile phone does not replace the person itself from talking to them on the phone. Another disadvantage is that if the taxi driver's phone rings him with no doubt will answer the phone and not put it on loud speaker and there is a high risk of him having a crash. A mobile phone can brake very quickly and if he wants it to get repaired it will cost a lot to repair and he rather buy a new one. To phone people with mobile costs a lot and he cannot speak for very long. The USB cord of a mobile can brake and so it would cost a lot for a replacement. It is the same with a charger if I loose it or break it I will have to buy another one, which costs a lot too. ...read more.

bit inside the slot which should go into the hole in the charger and that good brake or even get stuck in the charger and that would cost a lot for it being repaired. If any new routes are built the Sat-Nav will not realise that unless the taxi driver uploads it again which would cost a lot and it can make the taxi driver get to the destination in a much longer amount of time. If any road works are in process the Sat-Nav does not recognise them normally so the taxi driver gets stuck in traffic. The Sat-Nav also takes the taxi driver to dangerous routes which supposing are short cuts. Another disadvantage is that the taxi driver is not bothered to take his Sat-Nav out of the car with him every time he wants to do something; example for a cup of coffee and the Sat-Nav is actually inviting the thief to the car to steal it and Sat-Navs are very expensive and the thief can sell it very easily and everyone wants one so it is quick money for the thief. That is really why people steal Sat-Navs. If someone steals the Sat-Nav and the taxi driver has registered his home address on it the thief will find out where he lives and can easily do other trouble to the taxi driver. A Sat-Nav is sometimes very annoying when it talks a lot and the passenger might find that very annoying. An alternative for a Sat-Nav is that the taxi driver can use a map to find out the location he wants to go. The taxi driver can ask the passenger them self or pedestrians near by. He can also phone the head office if he does not know the location and the head office can tell him the location. The taxi driver can get a special machine, which specifically tells him where the speed cameras are. The taxi driver can guess the ETA but it might not be perfect. ...read more.