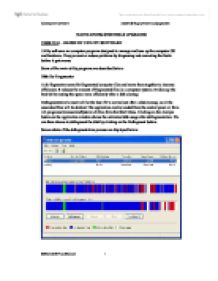 TASK 1(A) – RANGE OF UTILITY SOFTWARE

Utility software are computer programs designed to manage and tune up the computer OS and hardware. They prevent or reduce problems by diagnosing and correcting the faults before it gets worse.

Some of the main utility programs are described below:

A de-fragmenter scans for fragmented computer files and move them together to increase efficiency. It reduces the amount of fragmented files in a computer system. It tidies up the hard-drive reusing the space more efficiently after a disk cleanup.

Defragmentation’s result will be the best if it’s carried out after a disk cleanup, as all the unwanted files will be deleted. The application can be loaded from the control panel or from All programs/Accessories/System Utilities from the Start Menu. Clicking on the Analyse button on the application window shows the estimated disk usage after defragmentation. We can then choose to defragment the disk by clicking on the Defragment button.

Screen shots of the defragmentation process are displayed below: 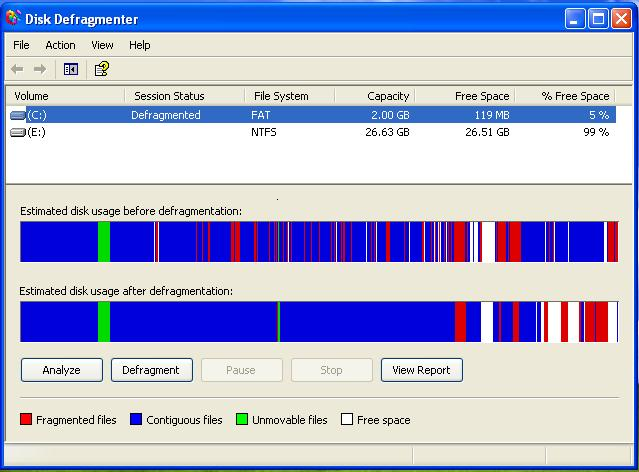 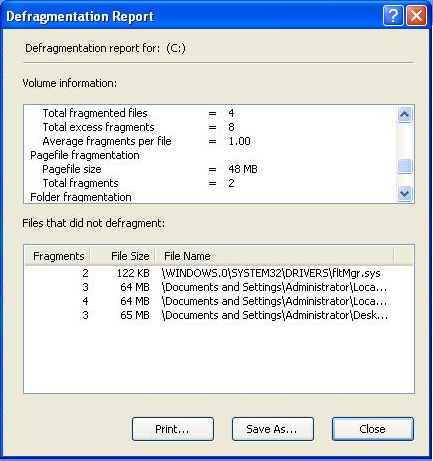 The screen shot above shows the result of the process.

Firewall is a utility designed to prevent unauthorised access to from a private network. It prevents unauthorised internet users from accessing private networks connected to the internet. All the packet data entering and leaving the computer is examined when it passes through the firewall and will be blocked if the packet data do not meet the security criteria. Firewalls build a protective environment around computers that are connected to a network.

Firewall uses four different types of techniques to block unauthorised access. They are:

Packet Filter                :        Packet filter scans each packet of data entering or leaving a network and block them if they are not based on the user-defined rules. This kind of filtering is an effective method to prevent unauthorised access.

Application Gateway        :        Application gateway applies security measures to applications like FTP and Telnet Servers. This is another effective firewall technique, but it really affects the performance of the network.

Circuit-Level Gateway:        Circuit-level Gateway applies mechanisms when a TCP connection is established. Once the connection is made packets can flow between hosts without further checking.

Proxy Server                :        This technique is used to intercept all messages entering and leaving the network. The proxy server hides the real network address.

High-level formatting is the process of setting up an empty file system on the disk and installing a boot sector. As this process takes only a little time it is commonly known as Quick Format. In this process the disk also have the option to scan the entire disk for potential defects which may take several hours depending on the size of the medium.

Below is a screen shot of a Quick Formatting. 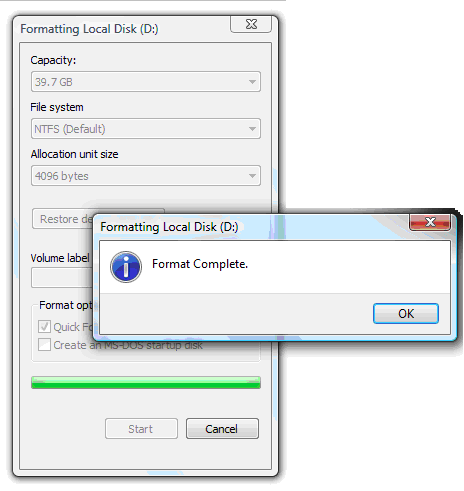 The Disk Cleanup tool helps to free up space on the hard disk by searching disk for files that can safely delete. You can choose to delete some or all of the files. Disk cleanup tool can be used to perform the following  task to free up space in a hard-drive.