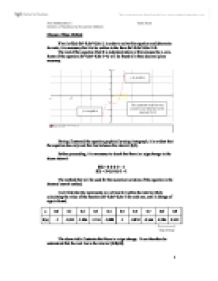 The root of the equation f(x)=0 is indicated where y=f(x) crosses the x-axis. 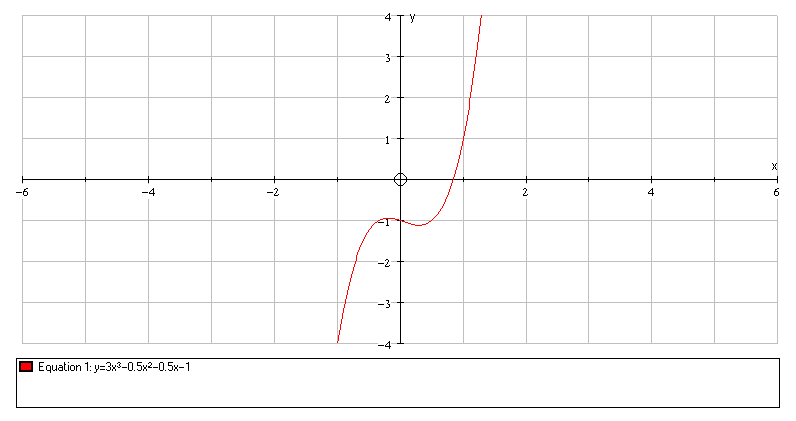 Having illustrated the equation graphically using Autograph, it is evident that the equation has only root that lies between the interval [0,1].

Before proceeding, it is necessary to check that there is a sign change in the above interval:

The method that will be used for the numerical solution of the equation is the decimal search method.

The above table illustrates that there is a sign change.  It can therefore be understood that the root lies in the interval [0.8,0.9].

Having narrowed down the interval, I will continue with the decimal search, but now using increments of 0.01 within the interval [0.8,0.9].

A change of sign method such as the one used, provides bounds within which a root lies so that the maximum possible error in a result is known.

There are a number of situations that can cause problems for change of sign methods.  For example, let y=f(x)=x³-2x²-x+2.63.

This curve is shown graphically below. 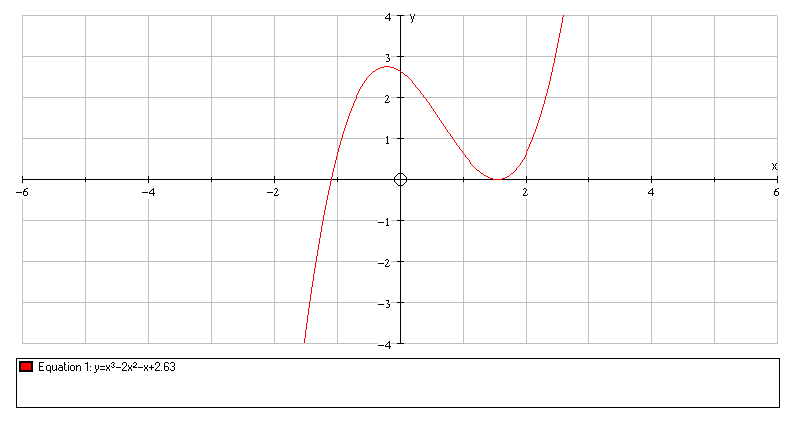 With this example I shall use the decimal search method to find a change of sign and so investigate the roots of the previous equation.  Integers will be used as the x-values.

In this case, using the method of decimal search has caused an incorrect conclusion to be reached.  This is because the curve touches the x-axis between x=1 and x=2, therefore there is no change of sign and consequently all change of sign methods are doomed to failure. 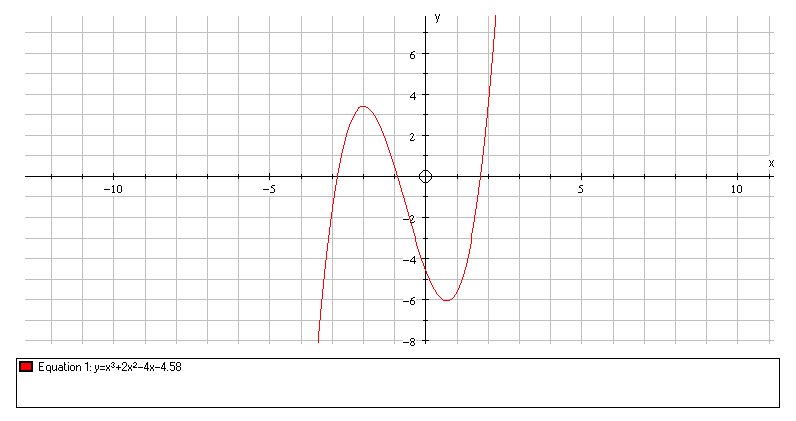 x0=-1 into the iterative formula to find the value of x. 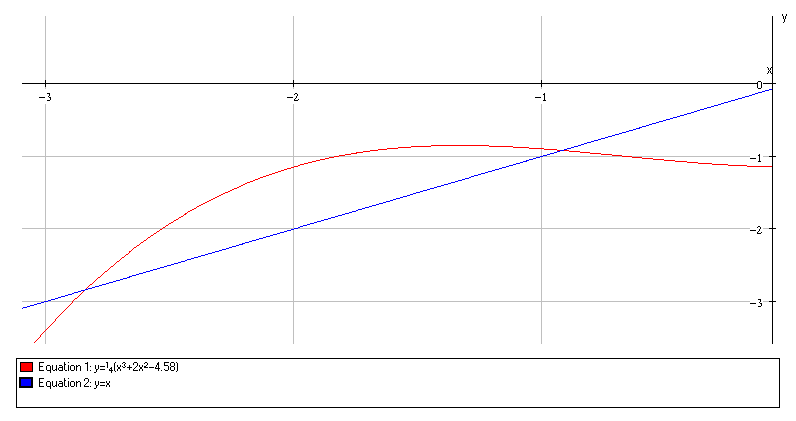 A line is drawn from x0to equation 1, and then ‘followed across’ to the closest point on equation 2.  Repeating the former process will cause the values where the line meets each of the two equations to come closer together until they converge at the point where the two curves intersect, and therefore at a root.  The iterative formula calculates these values as they converge.

The following table was obtained using a Microsoft Excel spreadsheet, with the formulae shown.  The sequence works using this particular iterative formula because when the gradient of y=g(x) is less that 1, y=x is used as a ‘barrier’ and makes the sequence converge thus allowing the root to be found. 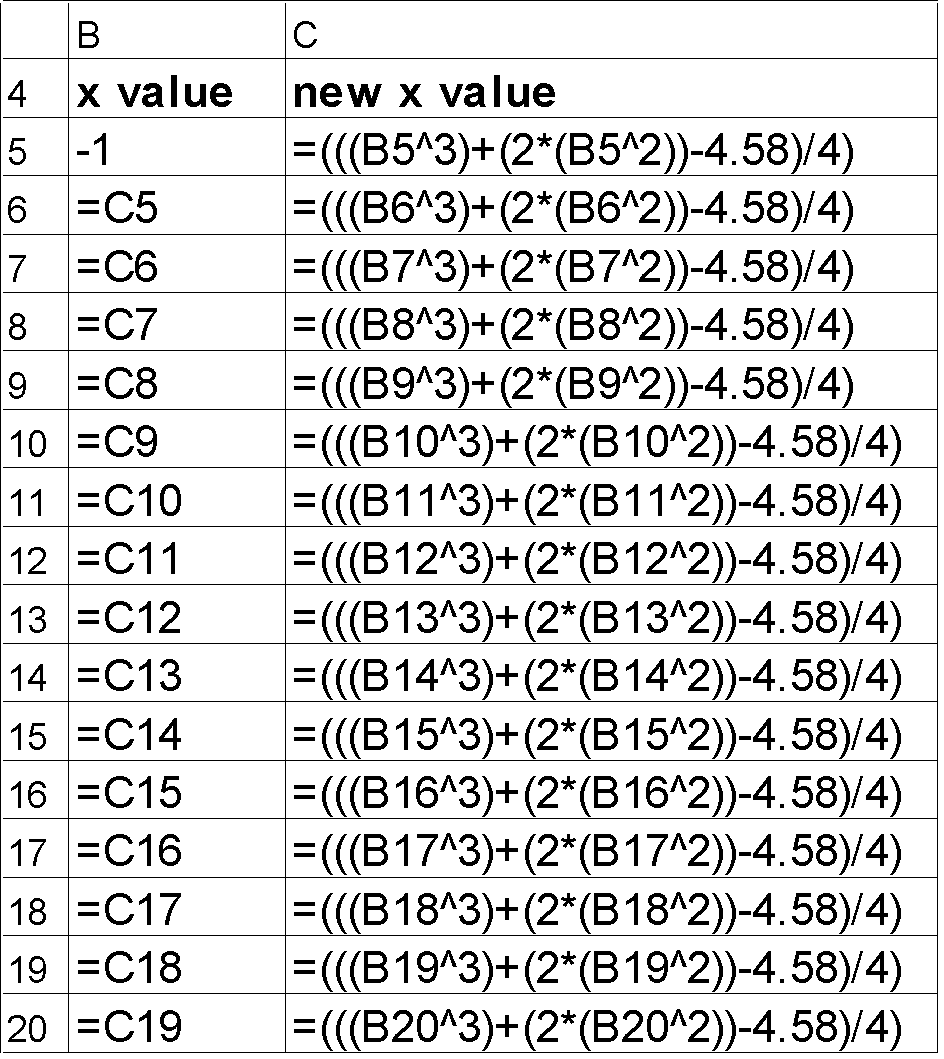 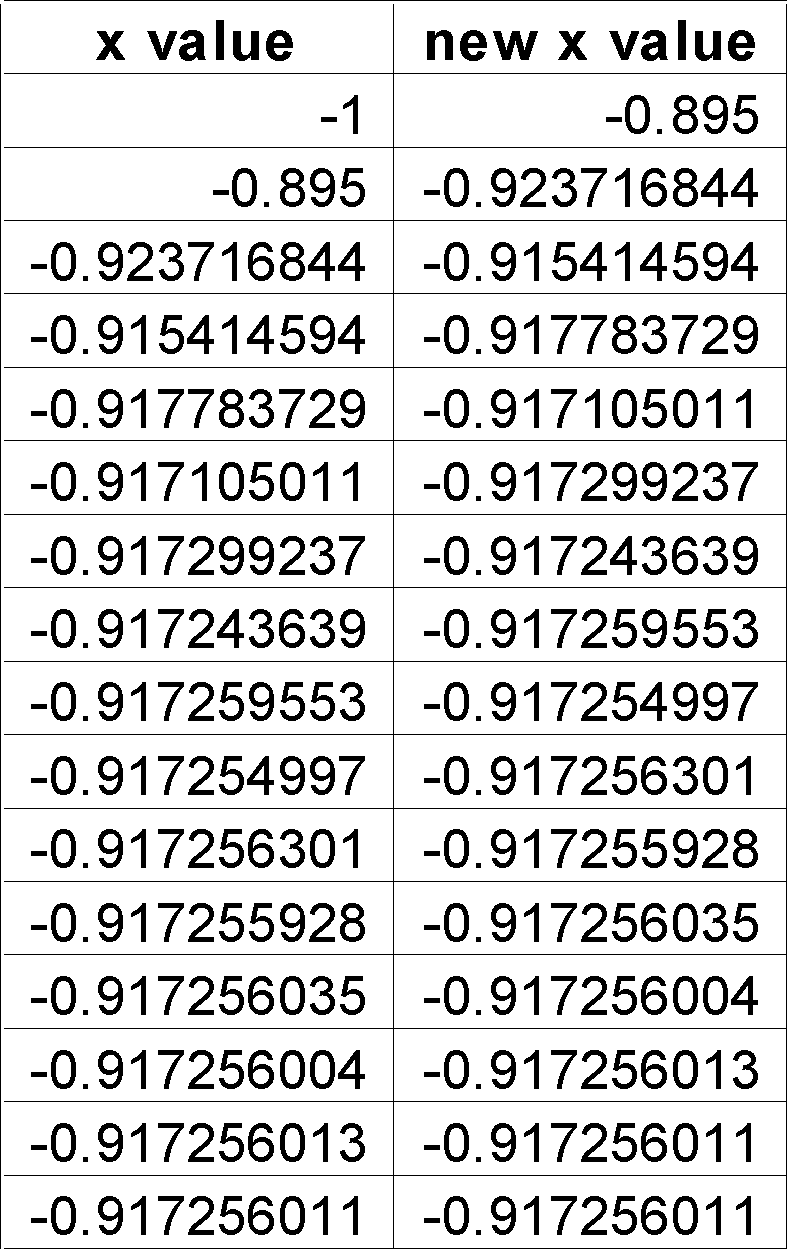 To check that this is correct, substitute 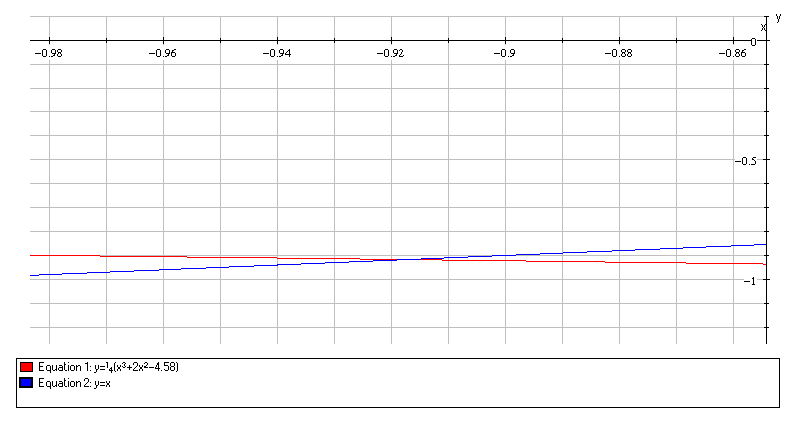 I will now attempt to find the root that lies in the interval [1,2] of the same equation.  As before, the Fixed Point Iteration method will be applied. 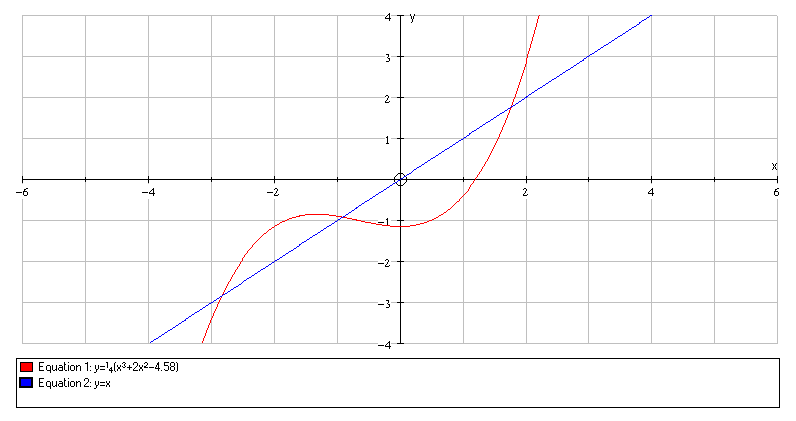 My chosen starting value, x0, will be 2.

The following table was constructed using a Microsoft Excel spreadsheet with the formulae displayed:

The equation has already been solved to find the root that lies in the interval    [-1,0] using this method.  The following steps show how this was done.  If y=f(x)=x3+2x2-4x-4.58 then the roots of the equation can be found where f(x)=0.  It is first necessary to look for a sign change between integer values so as to choose a suitable starting value.

I have chosen to find the root that lies in the interval [-1,0] and therefore an appropriate starting value, x0, for the approximation of the root would be –1.  When using the Fixed Point Iteration method, the previous equation must be rearranged into the form x=g(x):

Therefore the iterative formula for this equation is:

The fact that this value is less than 1, tells us that the chosen value of x0 will lead to a root of the equation.

The following table was obtained using a Microsoft Excel spreadsheet, with the formulae shown. 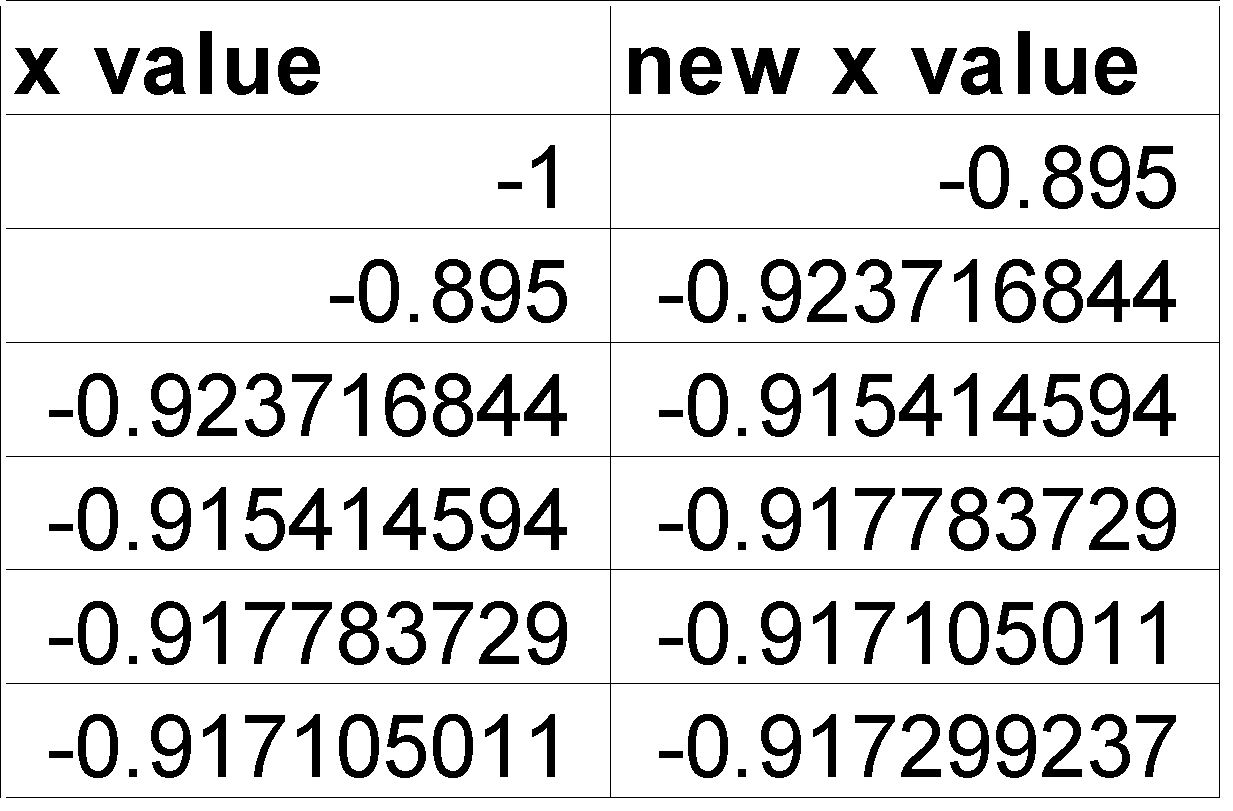 Therefore the root to the equation between the interval [-1,0] is –0.917 correct to three decimal places.