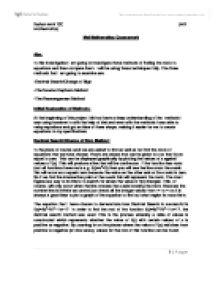 At the beginning of this project i did not have a deep understanding of the  methods I was using however In with the help of trial and error with the methods i was able to velop equations and got an idea of there shape, making it easier for me to create equations to my specifications.

In the piece of course work we are asked to find as well as not find the roots of equations that we have chosen. Roots are values that can be given to x so that f(x) is equal to zero. This can be displayed graphically by plotting the values of x against values of f(x). This will produce a line that will be continuous. If the function has roots (not all functions have roots e.g. f(x)=x2+3)

The finding of the roots has been illustrated in the diagram below: 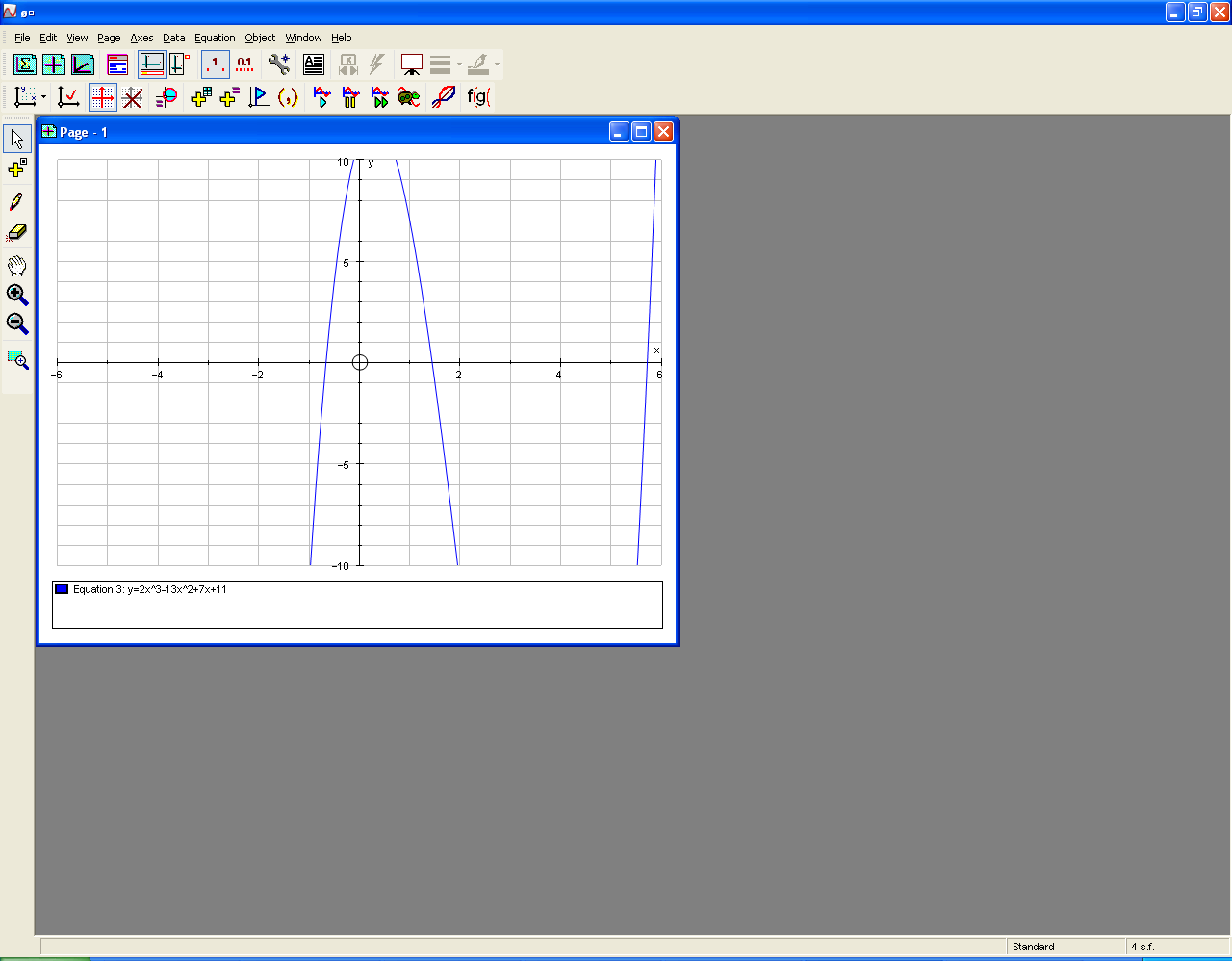 Further roots can also be found, by adapting the same process but with a different initial xn.

AS i have been asked to find all the roots all the other roots have been presented below:

Failure of the Newton-Raphson Method:

It is clear from simply looking at the function that one root is going to be x=3. However, if the Newton-Raphson method is used, the following data is obtained

As can be seen on the diagram below, these figures are clearly divergent, which means that xn+1 is further from the root than xn, and so there is no use in finding the root of the function. 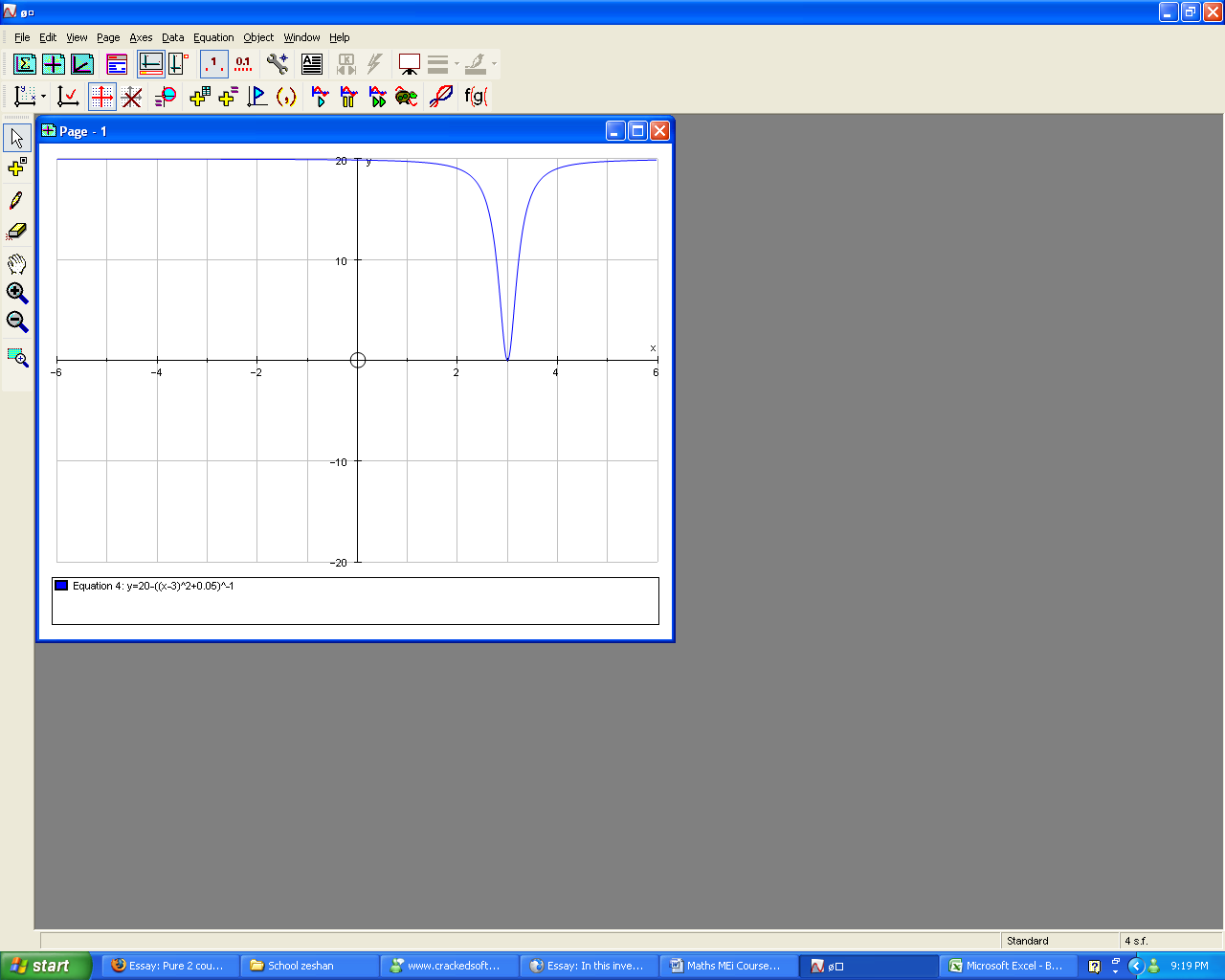 In Conclusion, there is no reason why the decimal search method could fail when used in conjunction with a graph plotted accurately using a calculator or computer to determine the rough approximations of the roots before actually obtaining the root, while with the other two methods some functions will be present where it will be impossible to obtain even an estimate of the roots.