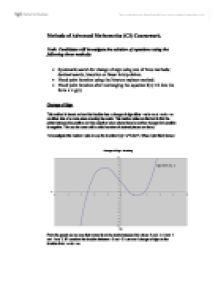 Task: Candidates will investigate the solution of equations using the following three methods:

This method is based on how the function has a change of sign either +ve to -ve or -ve to +ve on either side of a route when crossing the x-axis. This method relies on this fact to find the points between the positive and the negative value where there is another change from positive to negative. This can be done until a useful number of decimal places are found. 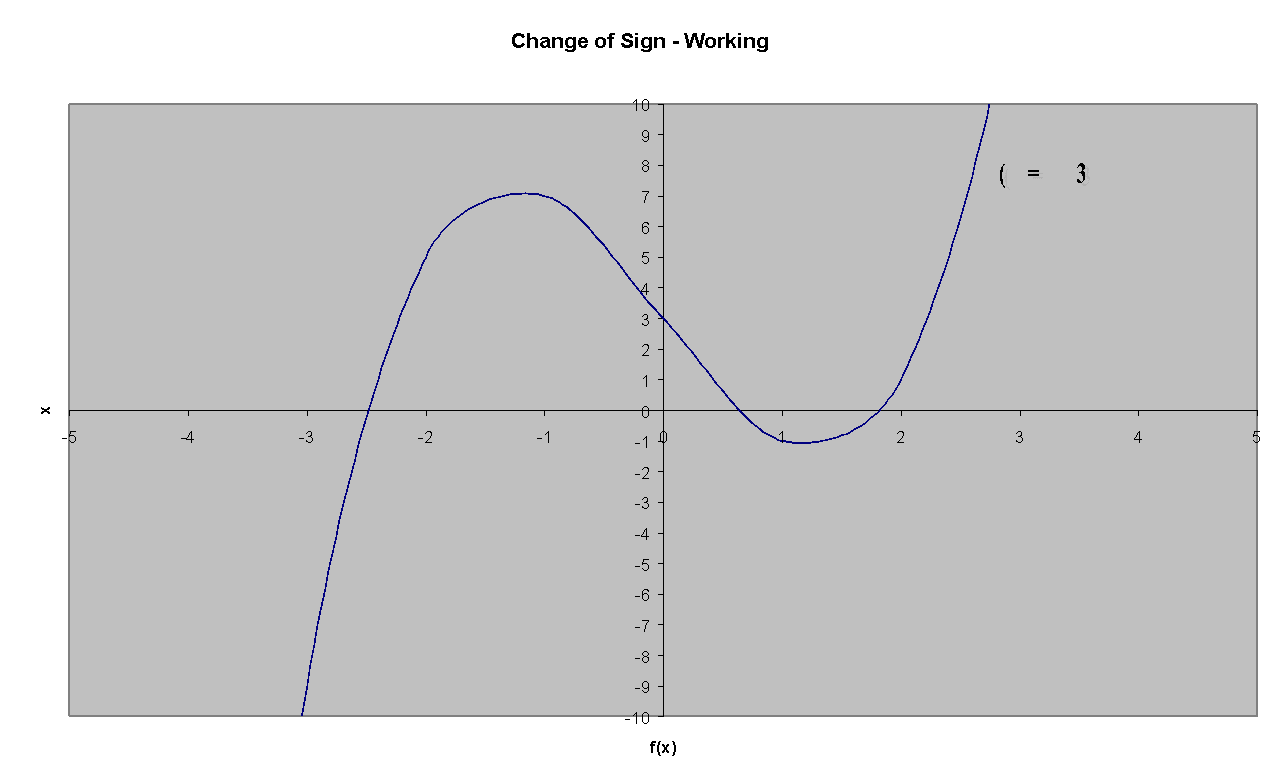 This method works for most functions of x but can still cause anomalous results in the occasion of certain instances where the method will not work as there being two routes within an interval.

When I plot a graph with this characteristic both routes are clearly distinguishable visually, however when I find the solutions numerically it only shows one change of sign being the first one and the second is over looked. 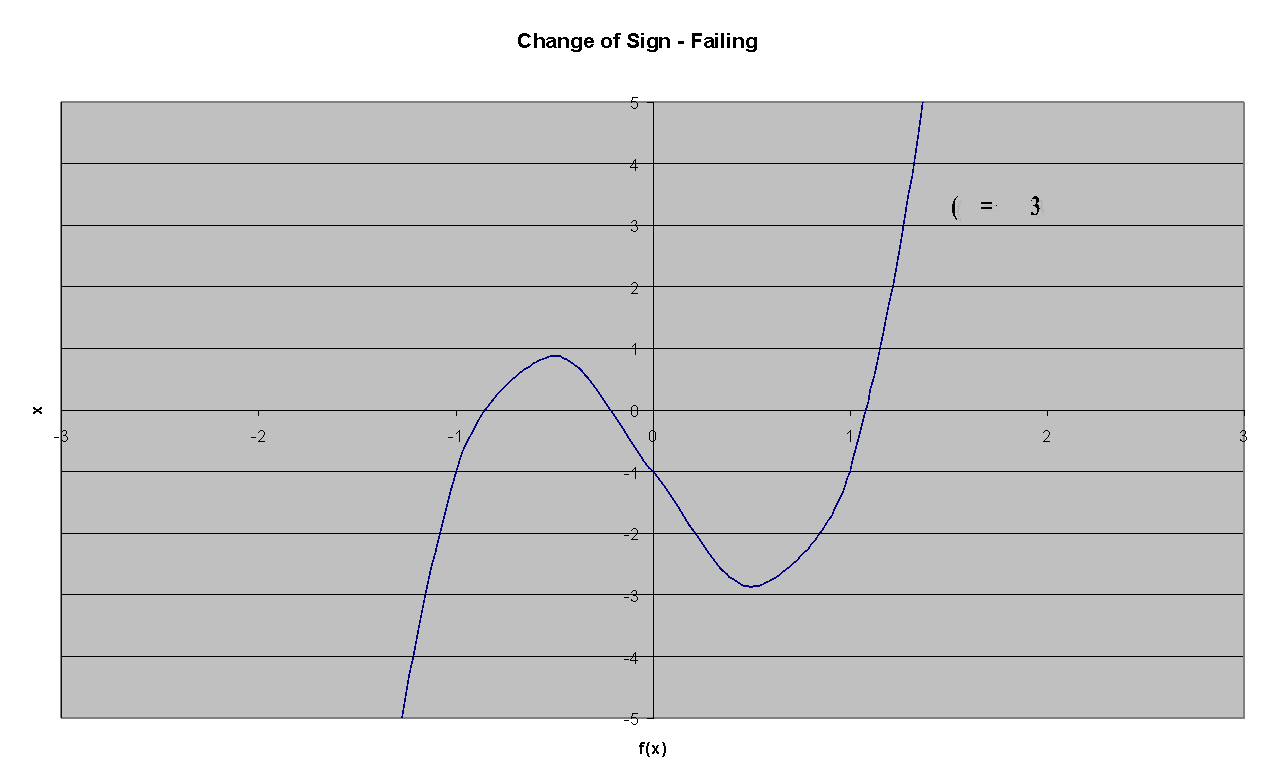 The routes are visible on the graph but the table below shows only the one change of sign in red.

This was the beginning stages of this method and shows the change of signs I had to investigate. There were three routes as shown by the highlighted cells.

After taking an estimate of the roots to be –1.5, 0.5 and 1.5 I started to use the iterative formula. On the first route this idea becomes clear as we can see by the highlighted red cells that for the first value of the root drawn out by the equation becomes the starting point for the next set of figures to go through the iterative equation

The three routes I have found using this method are all highlighted in green. They can also be seen on the below graph 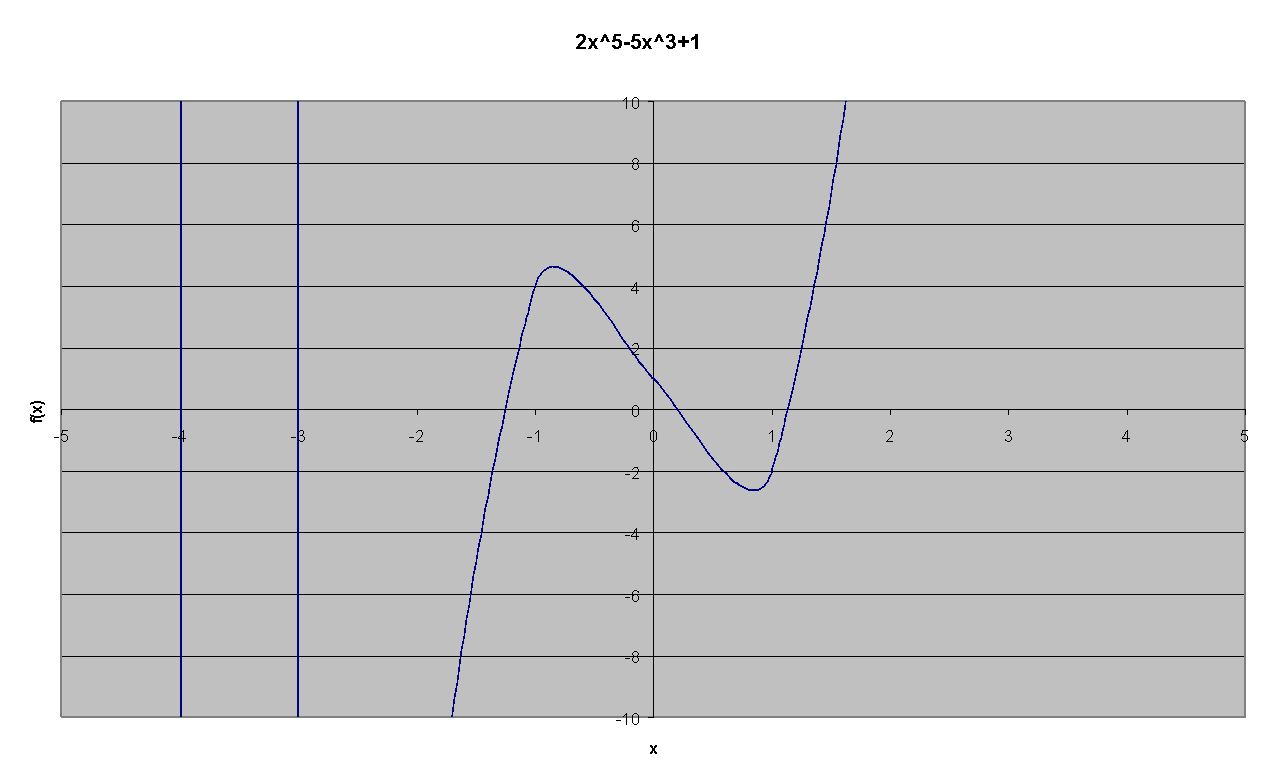 In this method I also looked at the error bounds of my solutions. I took the final figure up by 0.0000000005 and down by the same.

The final method of rearrangement was relatively easy to use and there were no major calculations that needed to be done apart from the rearrangement at the beginning that did not prove to be too difficult. I did find however that it seemed to tend to the strongest route and would ignore the weaker routes when they are required and still tend to the stronger ones. Also as we already know when a route has a gradient lager than 1 or less than –1 the formula did not work because it couldn’t find the route and so failed. I found it the least successful of the methods although it could be used to find an accurate route quickly it often failed. The time in which it takes to use the method is greatly increased by the use of excel like both other methods, if it were to be used manually, again like both other methods, it would be very time consuming.