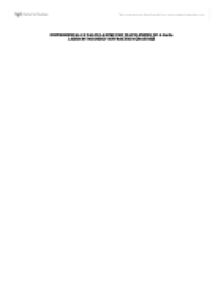 To experimentally determine the wavelength of a He-Ne laser, by means of three different diffraction gratings – 600 lines/mm, 300 lines/mm, and 100 lines/mm.

“The deviation of light from its original path as it passes through a narrow opening or around an obstruction is called diffraction.”[1]

where d is the distance between the slits, θ is the angle at which the light is diffracted, m is the fringe order being considered, and λ is the wavelength of the light.

Note: the distance between the central beam and second/third fringes for the 600 lines/mm diffraction grating could not be found because they were too far away to practically calculate.

As mentioned before, λ can be calculated by using the equation:

x, especially with a meter stick. One way to solve this would be to use thinner markers, so that the marks are smaller and thus length measurements can be more accurate. Yet another source of error in the experiment could have been that there is a small amount of dirt on the surface of the diffraction gratings, which would affect the path light travelled through them. The way to eliminate this chance for error would simply be to take care to thoroughly clean the gratings before they are used, so as to wash away any dirt. Of course, errors in the apparatus always exist, but the only way to solve these is to use more precise equipment, or to repeat the experiment to obtain concordant data.