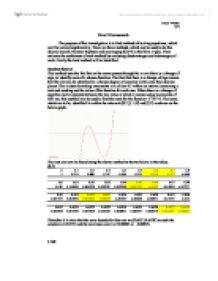 Find methods of solving equations, which can't be solved algebraically.

The purpose of this investigation is to find methods of solving equations, which can’t be solved algebraically. There are three methods, which can be used to do this: decimal search, Newton-Raphson and rearranging f(x)=0 in the form x=g(x). Then evaluate the usefulness of each method by analysing disadvantages and advantages of each. Finally the best method will be identified.

This method uses the fact that as the curve passes through the x-axis there is a change of sign, to identify roots of a chosen function. The fact that there is a change of sign means that the root can be identified to a chosen degree of accuracy in this case four decimal places. This is done by taking increments in x of size 0.1 within an interval containing a root and working out the value of the function for each one. When there is a change of sign this can be repeated between the two value at which it occurs using increments of 0.01 etc. this method is to be used to find the roots for the function x3-3x2+1. The roots, which are to be, identified lie within the intervals [0,1], [-1,0] and [2,3] as shown on the below graph. 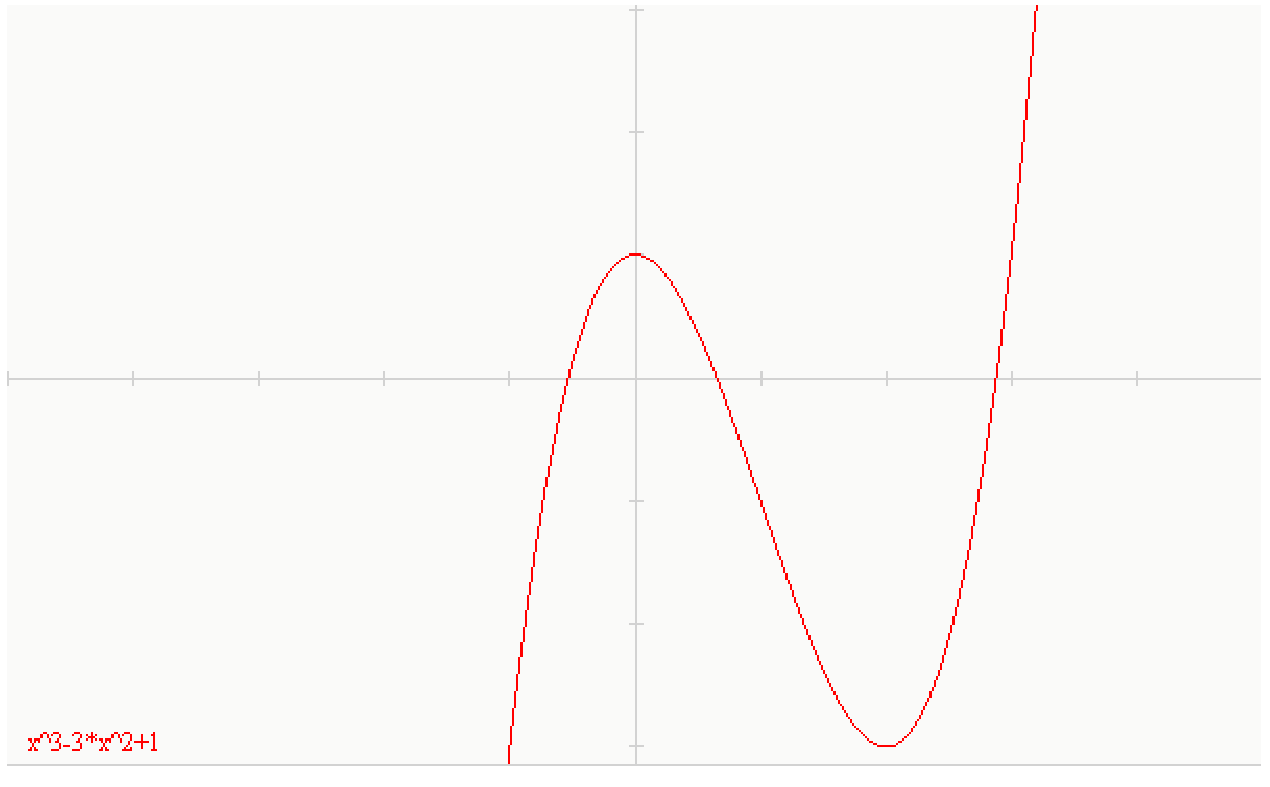 However in a number of cases the change of sign method will not work as shown below. 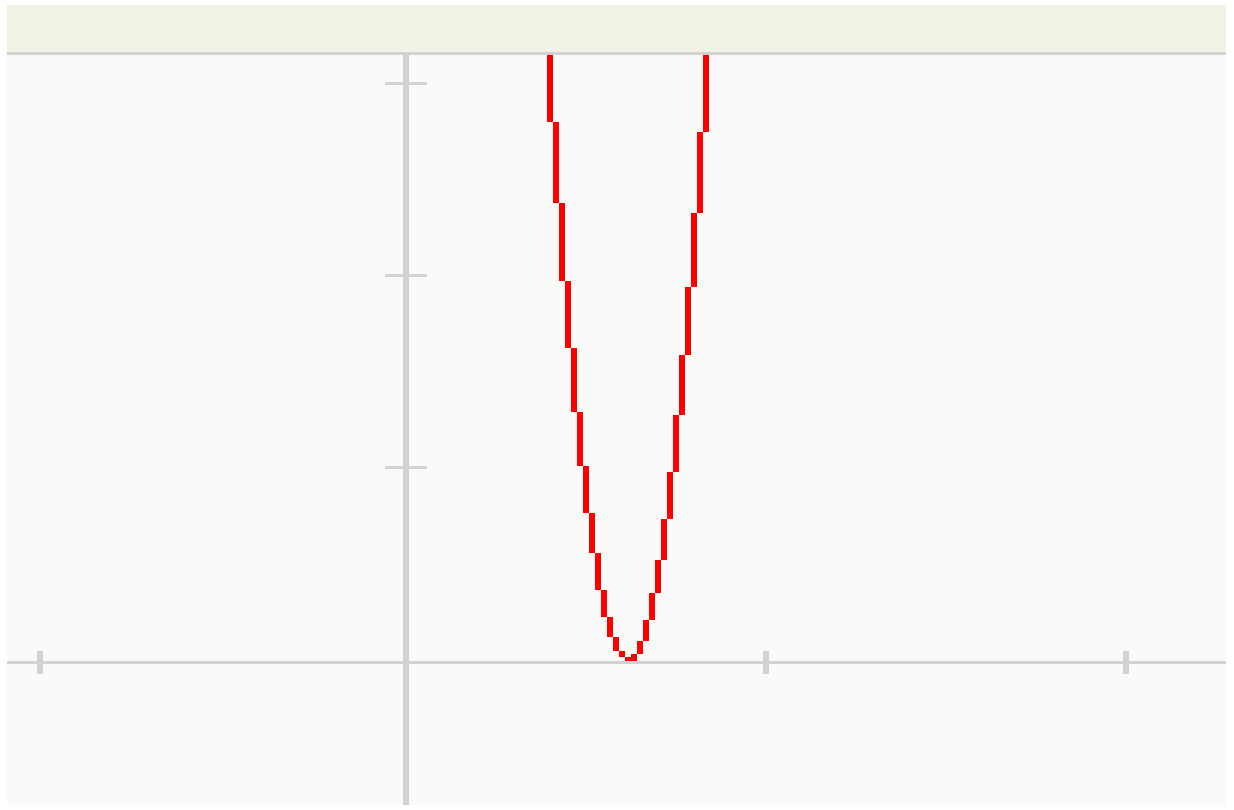 This method also does not work when there are several roots, which are extremely close together. In this case it will often only pick up one of the roots. There are also problems when there is a discontinuity in f(x). For example the function 1/x +2.6 has no root which is made clear in the below graph. Instead they converge to the false root highlighted by the dotted line. 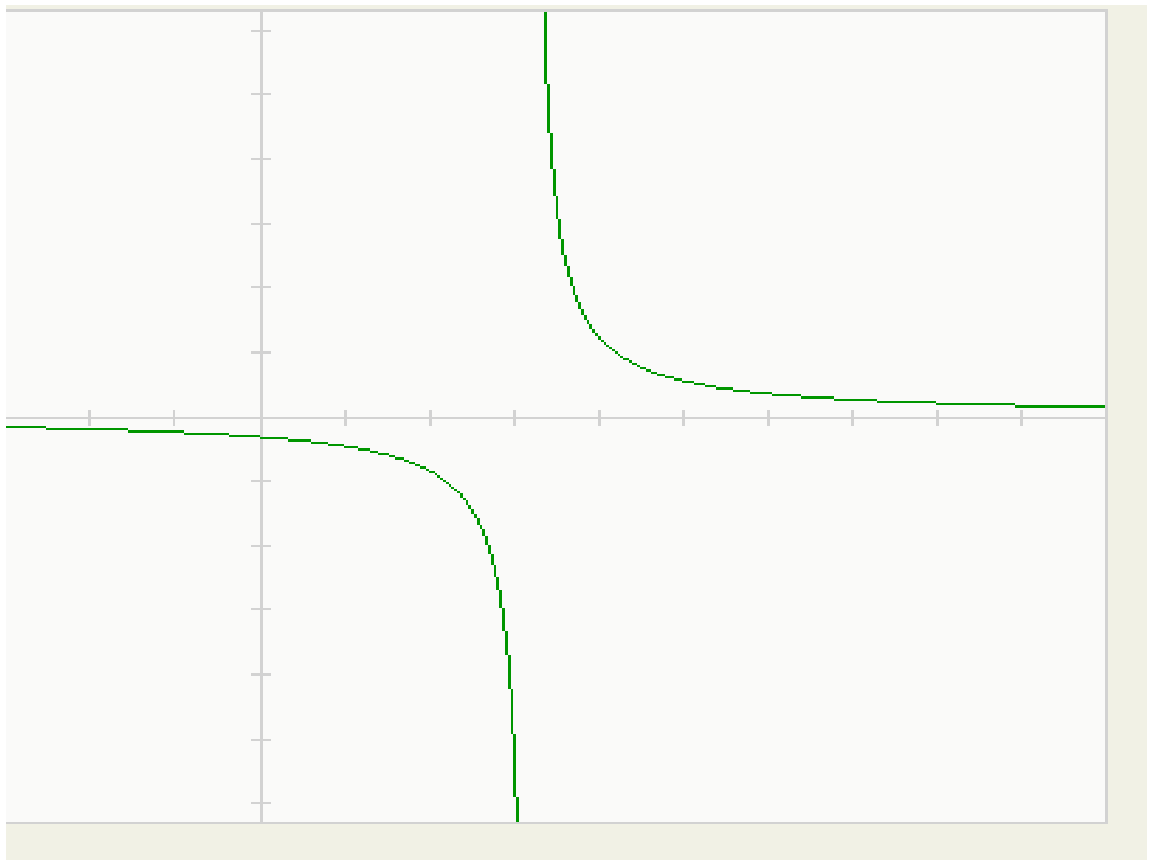 This method works on the theory that “the tangent to a curve can be used to obtain improved approximations to a root of an equation f(x)=0.” (A-level & As level mathematics, Longman revise guides.) This is a fixed-point estimation method as it is necessary to use an estimate of the root as a starting point. An estimate of x1 for a root or f(x)=0 is made and then the tangent to the curve y=f(x) at the point (x1,f(x1)) is drawn. The point at which the tangent crosses the x-axis gives the next approximation for the root and the process can then be repeated until the required degree of accuracy has been reached (shown on enlarged graph.) Therefore this method can be used to find the roots for the function x3-4x2+2x+2 as is shown below. 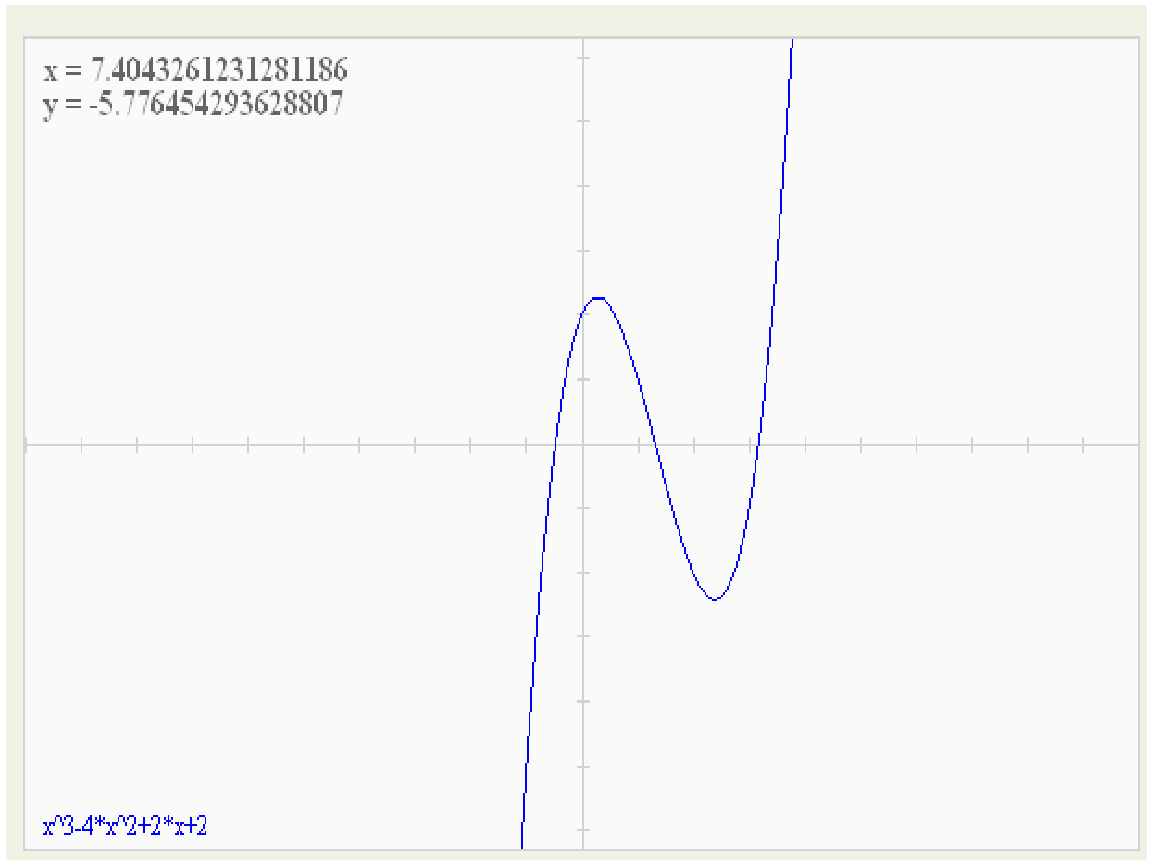 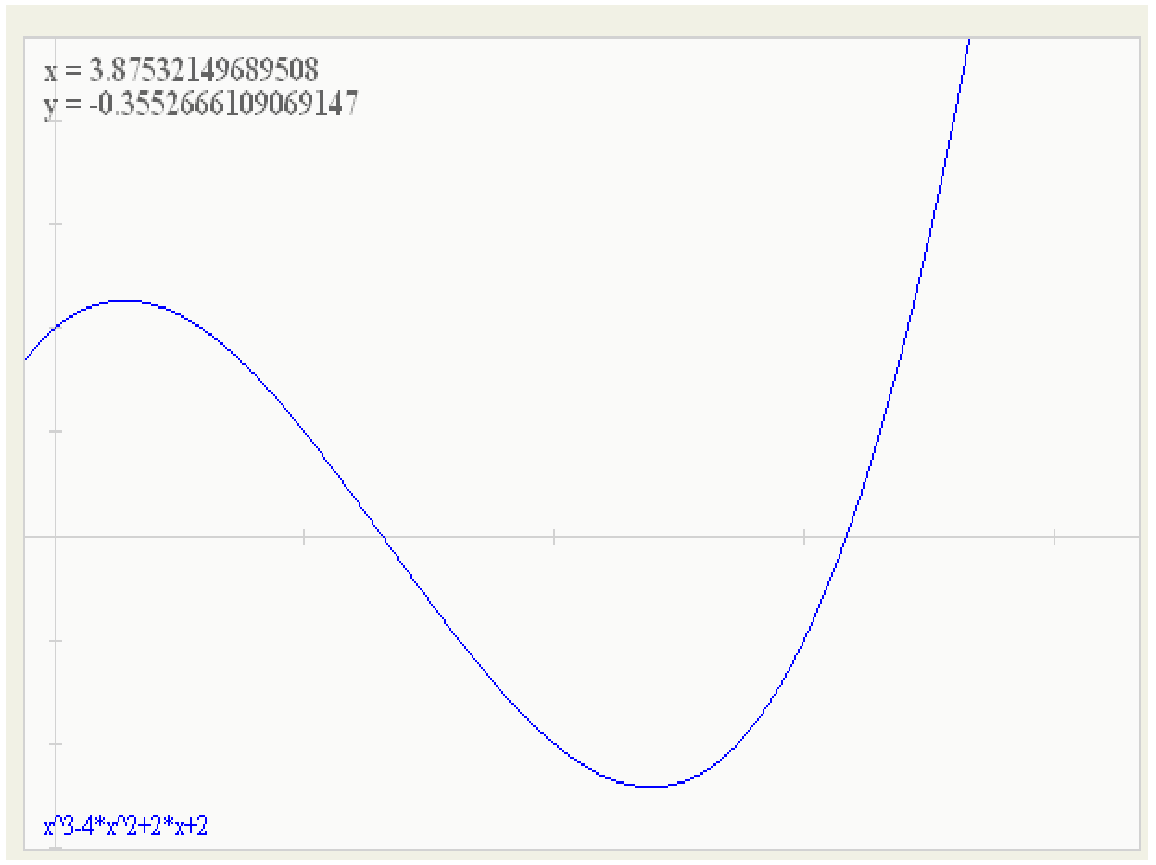 x2 = -1 this is the root for this interval as the curve passes directly through –1.

x4 = 1.311 this is the root for this interval to three decimal places.

x4 = 3.171 this is the root for this interval to three decimal places.

The major advantage of this method is that it usually gives a rapid rate of convergence, even when the first approximation is poor. Therefore there is much less work involved than there is when using decimal search.

The disadvantages of this method are that if a poor starting point is chosen for example one when there will not be a tangent a root will not be converged on. Also when the estimate made is close to a turning point the root which is converged on may not be the correct one. Finally if the function is discontinuous then this method can’t be used to find the roots.

The advantages of this method are that it gives a rapid rate of convergence and that it is not time consuming.