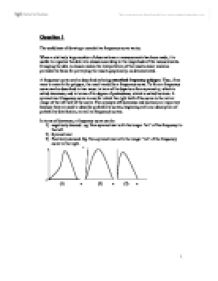 The usefulness of drawing a cumulative frequency curve varies.

When a relatively large number of observations or measurements has been made, it is useful to organize the data into classes according to the magnitude of the measurements. Grouping the data in classes makes the interpretation of the results easier and also provides the basis for portraying the results graphically, as demonstrated.

In terms of skewness, a frequency curve can be

However, the data are grouped in classes, as in the above example, we only know that there are 6 students of heights in the interval (144.5-149.5) cm. We are unable to tell the actual height of each student, unless we refer to the original list of data.

In frequency tables there are three statistical averages, namely mode, median and mean.

Similarly we can also find the mode, median and mean grouped data.

If the class (width) interval is the same for all classes, then

For grouped data, we assume that mid-value of each class is taken to be the mean score for that class. Thus, mean for grouped data can be calculated as follows:

Lower quartile is value for which a quarter (25%) of the distribution which lie as below.

Upper quartile is the value for which three quarters (75%)of the distribution lie as below it.

Interquartile range is the difference between the upper and lower quartiles.

The speeds in km/h, of 30 cars which traveled along an expressway were recorded as follows: 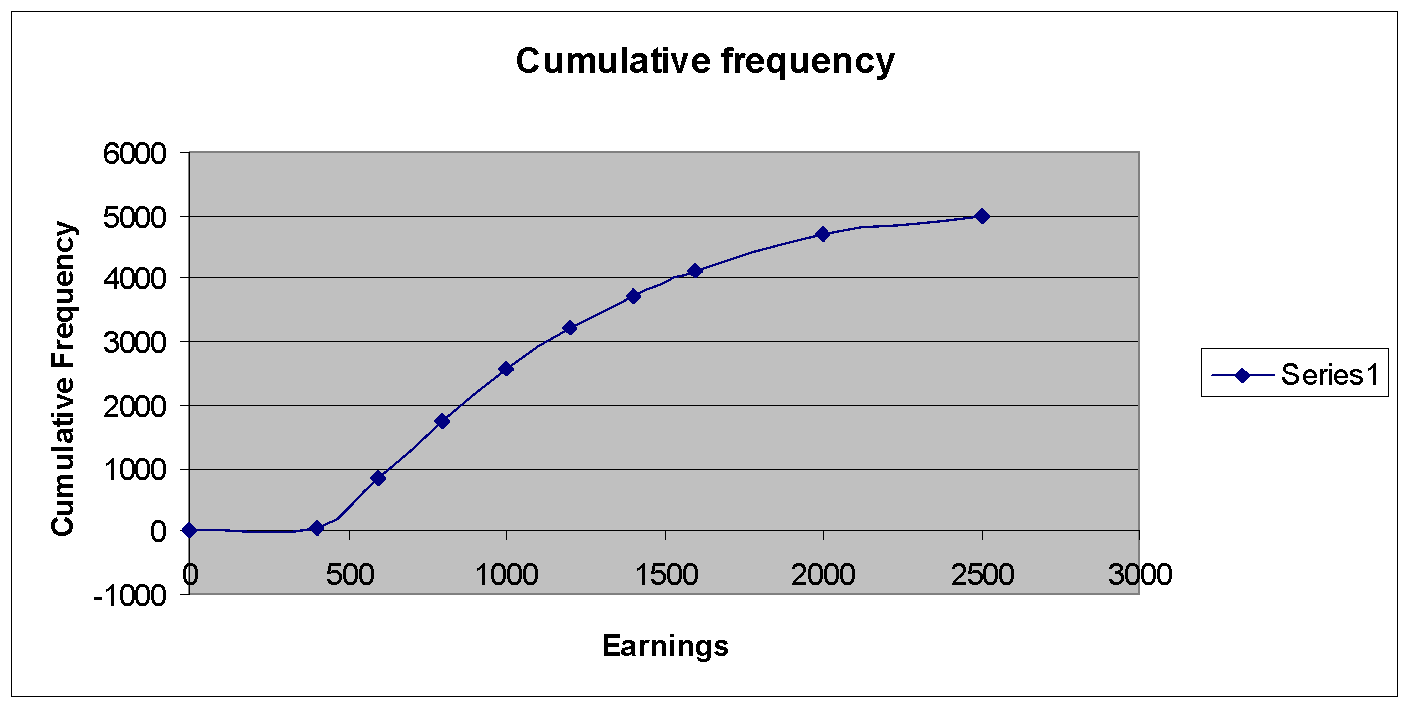 It can also be potayed graphically by accumulative frequency polygon. This line graph is more frequently called as ogive, constructed by joining the mid-points of each interval with a straight line. This has been done on the diagram below. You may noticed it ‘finished off’ at each end, so that the area under the curves represents the total distributions. 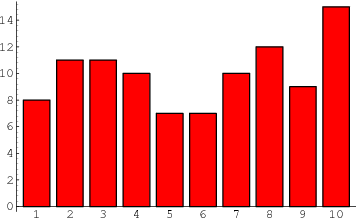 Schaum’s Outline of Theory and problems

Basic Statistics For Business and Economics

Even you can learn statistics