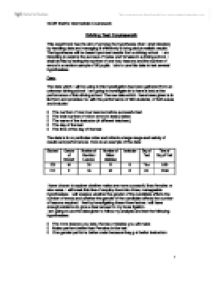 This experiment has the aim of proving the hypotheses (that I shall develop) by handling data and managing it effectively to bring about realistic results. The hypotheses will be based upon test results from a driving school. I am intending to explore the success of males and females in a driving school. I shall do this by testing the number of one hour lessons and the number of errors in a random sample of 80 pupils. I aim to use this data to test several hypothesises.

The data is in no particular order and reflects a large range and variety of results and performances. Here is an example of the data:

I have chosen to explore whether males are more successful than females or vice versa. I will break this line of enquiry down into three, manageable hypothesises.

With these graphs and diagrams I can see the consistencies and similarities of the sample to that of the original data in the preliminary analysis, and with these results I am fairly confidant that this sample is proportional and un bias. I am now ready to use this sample in my hypothesizes.

Hypothesis 1: The more lessons you take, the fewer mistakes you will make.

This is the assumed thought that with practice you will improve so I will plot my sample’s data onto a scatter graph which will allow me to see if there is a strong negative correlation which I would expect. 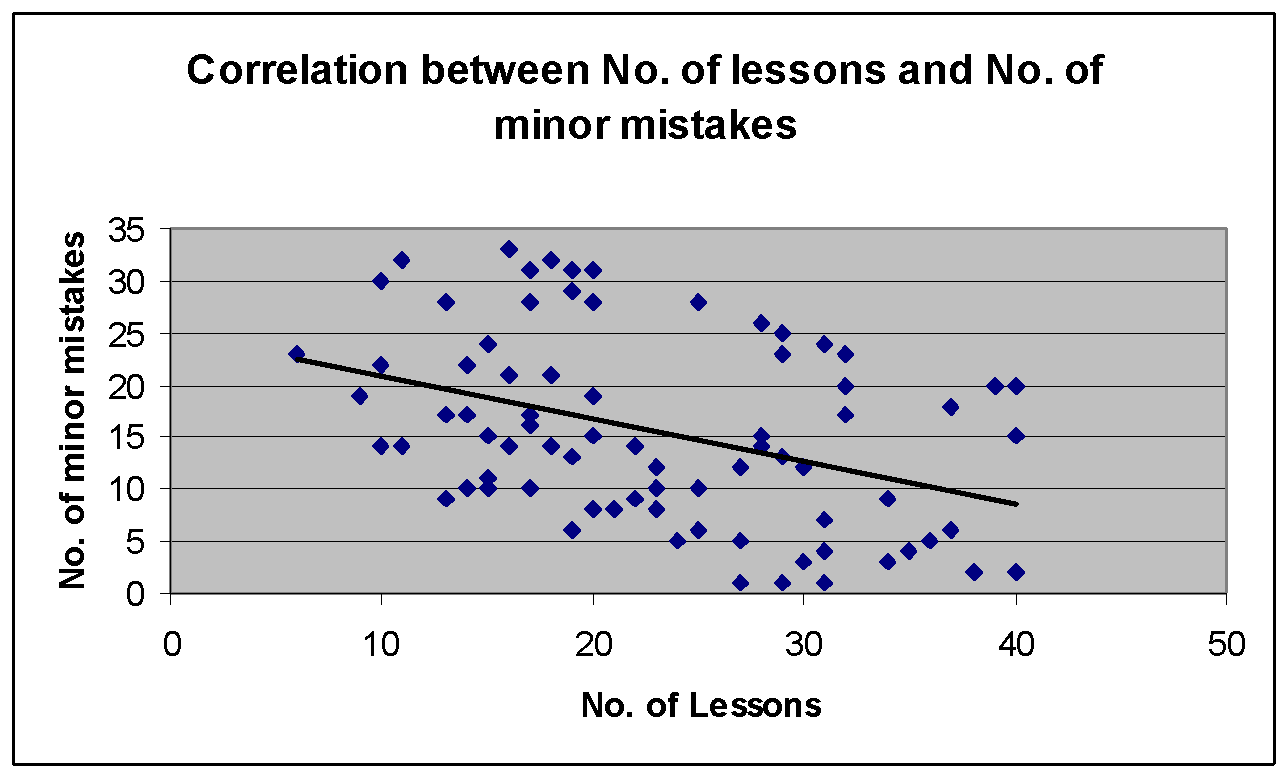 From the graph above depicting my sample, you can see there is a very weak negative correlation, almost not visible without a line of best fit. Very few points lay on the line. This is a surprise to me; there must be some reason why this correlation is so weak, this would make you think that there must be some pupils that had the most lessons are the one who aren’t as good at driving and so need to take more lessons and so make a lot of mistakes. Perhaps it is females who are obscuring this fact and males who show a strong negative correlation, this will be my next hypothesizes.

Here I will split up the graph I did in the first hypothesizes to show male and female correlations separately which may prove males perform better. 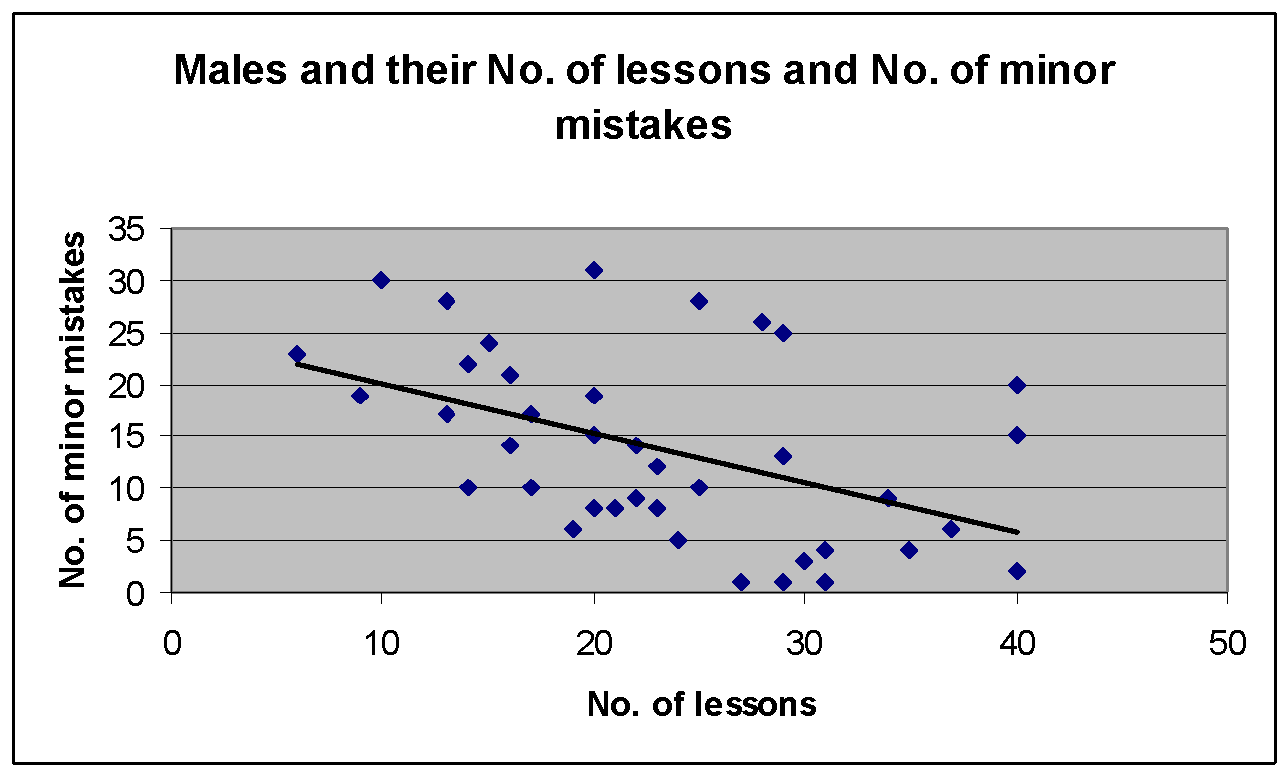 Here the correlation is a little stronger than it was but is still a weak correlation. Only about 4 points lie on the line of best fit.

This has a little or no correlation and is weaker in comparison to the male graph. Only 2 points lie on the line of best fit. 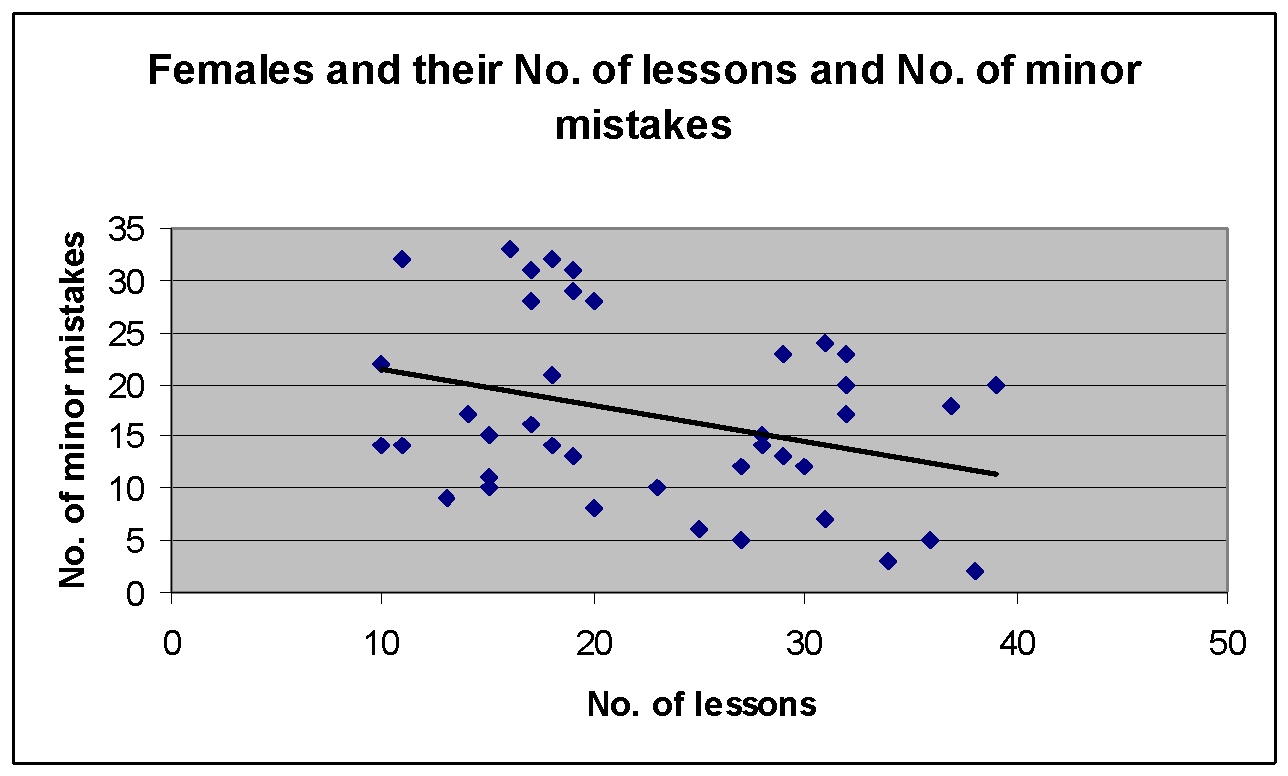 From the line graphs I found that it was a female who made the highest amount of mistakes but also the lowest amount of mistakes. By looking at the graph I also found that a greater number of females were found to have greater mistakes than that of the males. The ale graph has a slightly steeper line than that of the females indicating better performance however both graphs still remain similar so I will use box plots which may let me see a pass rate more clearly for each gender. To make a box plot, I will first need to find the quartiles from my data, to do this I will make a stem and leaf diagram.

Females: No. of lessons 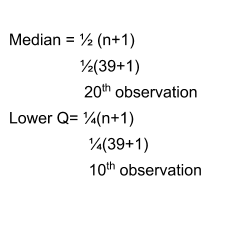 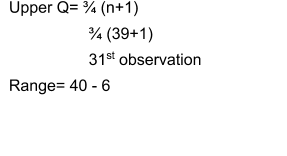 With these Quartiles I can now plot my box plots. 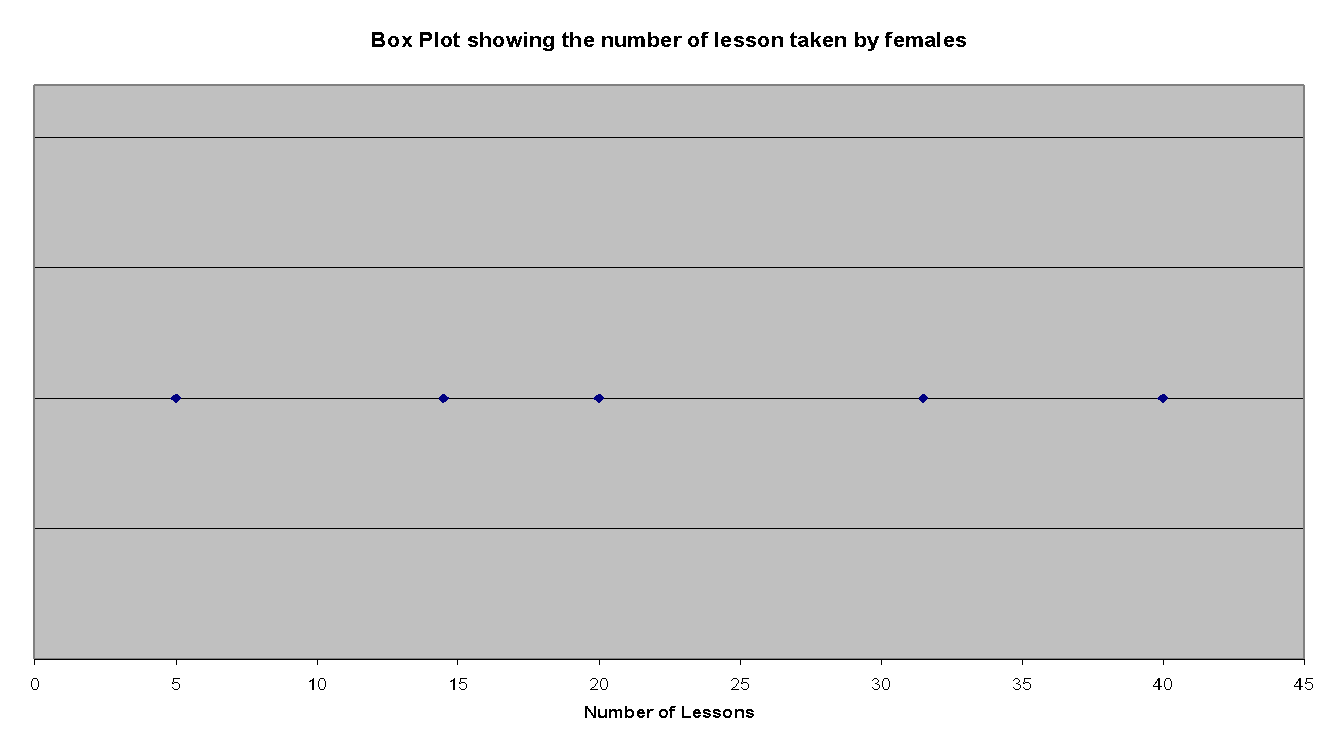 In the above box plot we can see the males had a bigger spread of results in lessons taken than the females and still had a bigger median. I will now draw a leaf and stem diagram for my next box-plot.

Females: No. of minor mistakes

The difference in performance between males and females may be affected by the following factors:

After completing all the graphs I have come to the conclusion that Instructor C was the best Instructor for teaching both males and females due to the instructor’s low mistakes and vast improvement in lessons, the worst instructor I would be instructor D because they were the only instructor to come up with a positive graph. Instructor B was the worst instructor for teaching females. So in summary in my first hypotheses I proved that more lessons means less mistakes and that in my second hypothesis males do perform better than females. However after studying those graphs in which two instructors were worse at teaching the majority of the female sample while males did do better with said instructor A and B, I do believe that the reason females perform worse is because of the instructors A and B.